EDITORIAL: Students' right to free press must be protected 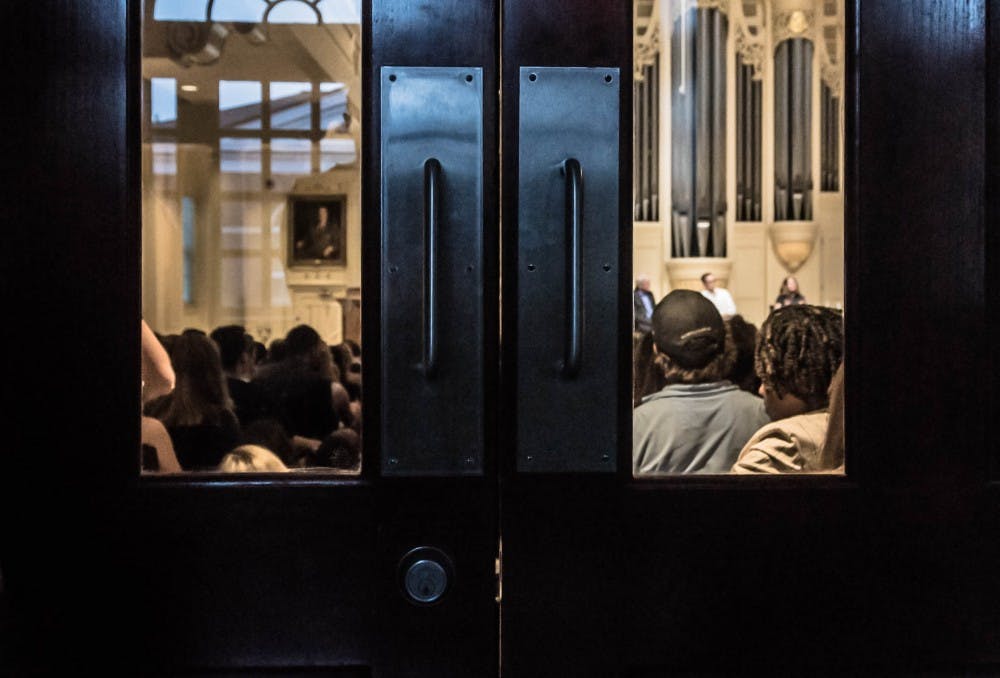 
Elon News Network was denied video and photo access to the event due to "safety concerns and threats that some of the panelist have received."

Correction: In the Sept. 13 edition of The Pendulum, the staff editorial about the freedom of student press stated a reporter was asked to take down the names of the panelists and delete the photo used, in regards to coverage of the panel discussing the events at Charlottesville, Virginia.

In fact, while the reporter was contacted, there was never a specific request to take down the names, photo or article.

Freedom of speech and press are foundational rights that must be protected in order to uphold a democratic society. While Elon University is a private institution, those protections should still be applied to students.

Last week, a reporter and a photographer for Elon News Network arrived at Whitley Auditorium to cover a panel discussion on the protests and violence in Charlottesville, Virginia. Once there, the reporter was told that she would not be permitted to film any part of the discussion, and the photographer was told not to take pictures.

But, several notable faculty and staff members and academic departments tweeted quotes and photos from the panel. It was also promoted via email by the university, including the names of the panelists and some of their headshots.

So why then was student media censored?

The protests in Charlottesville are relevant to our campus and Elon students should be able to learn more about what happened from this panel. The panel itself discussed free speech and the difficulties journalists face while reporting. To bar student journalists from covering that event directly conflicts with the overall message.

If administrators begin keeping student media from events like this, who’s to say what other events or stories the university can try to censor?

The students, faculty and staff at Elon need student media organizations to spread inform the public. The university is doing a disservice to the Elon community by trying to keep students from informing their peers about issues and events on campus.

Keeping students from covering events such as the one last week goes against our university’s commitment to experiential learning and free speech. Students should not be kept from reporting on public panels and events on campus.