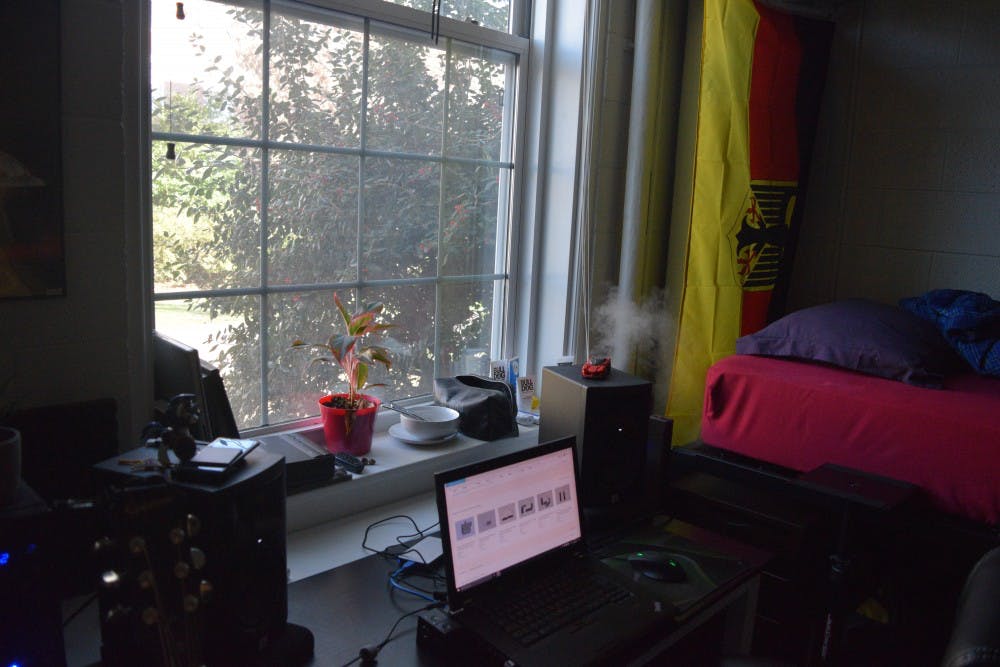 It might not be their parents telling them to clean their rooms anymore, but students still have to abide by some rules set by Residence Life.

Though formally known as “health and safety inspections,” students who live on campus at Elon University are familiar with the routine examinations most commonly known as “room checks.” These usually occur before breaks and are supervised by Ian Reynolds, the assistant director of Residence Life for Facilities and Housing Operations.

The first health and safety inspection takes place during Fall Break. This check-up differs from those that follow in that students are not fined for any infractions that may be found.

Reynolds said the idea behind this is to provide new students who may have misconceptions about college dorms an opportunity to familiarize themselves with the rules of permitted items.

Matters become more serious when Thanksgiving Break approaches. A standard fine rate of $25 or higher, depending on the severity of the infractions, now applies. Jiajie Li, a freshman student from China, said $25 is still too small of an amount.

“Nobody would risk it if it were something like $50,” he said.

Students are contacted via mass email by MarQuita Barker, senior associate director of Residence Life, as each break draws nearer, informing students about actions they are required to take before leaving campus.

These instructions vary depending on whether students reside in dorms or apartments. Certain cooking appliances may be permitted in apartments with kitchens, but forbidden in dorms.

Elon lists several goals for its health and safety inspections, from encouraging students to become engaged in maintaining their living environment to increased safety. The overarching objective of these inspections is rather simple, though, according to Reynolds.

As students leave for break, dorms remain unattended, and the danger of fire hazards become an ever-increasing reality. Reynolds said inspections are an essential step to prevent any fires from occurring.

After the student has left, a member of Residence Life staff and the
Resident Assistant will enter the room to ensure that all necessary precautions, such as unplugging all electrical cords, have been met. At the same time, they will be looking out for any illegal items in their field of view and administer fines accordingly.

Ginger Looney, a freshman living in Sloan Hall, finds some of these procedures a bit excessive.

“I can understand the concern for safety when it comes to lit candles, but I don’t think Christmas lights pose that big of a threat,” she said.

Drawers, closets and refrigerators will not be opened to preserve students’ privacy, Reynolds said, with the exception of refrigerators being opened once during the initial Fall Break inspection to verify that they are in working order.

With residents receiving advanced notice of inspections and with certain areas of rooms off-limits from Residence Life staff, there’s always the potential for students simply to keep contraband items out of sight.

But Kannon Hall, an RA in Sloan, said inspections are merely designed to be “an extra step to ensure safety.”

“There are other signs when a student may present a danger to the living environment,” she said.

The physical examination of the room expands beyond the search for safety concerns. Anything that is in plain sight that is prohibited or illegal, such as pets, drugs or alcohol, can be seen by inspectors.

“If they happen to spot an illegal item, they can’t simply ignore it,” Reynolds said, arguing that would represent irresponsible behavior on behalf of the university.

Should contraband items be found in a student’s room, inspectors will leave a note, remove the item and charge the student a fine of $25. Reynolds also said if more than one such item is found, then fines may increase. The same holds true for recurring infractions.

Reynolds said he was unable to provide specific numbers or dollar amounts of overall fines, saying his department does not track the total number of violation forms.

But he did reveal that fines from health and safety violations are put into an account that Physical Plant may use for the maintenance and repair of facilities and buildings. Fines collected from the possession of illegal items go toward funding education about that very item. For example, some of the money has gone to e-CHUG, an online alcohol assessment tool.

“Apparently students seem to believe that cats are relatively easy to hide,” he said.