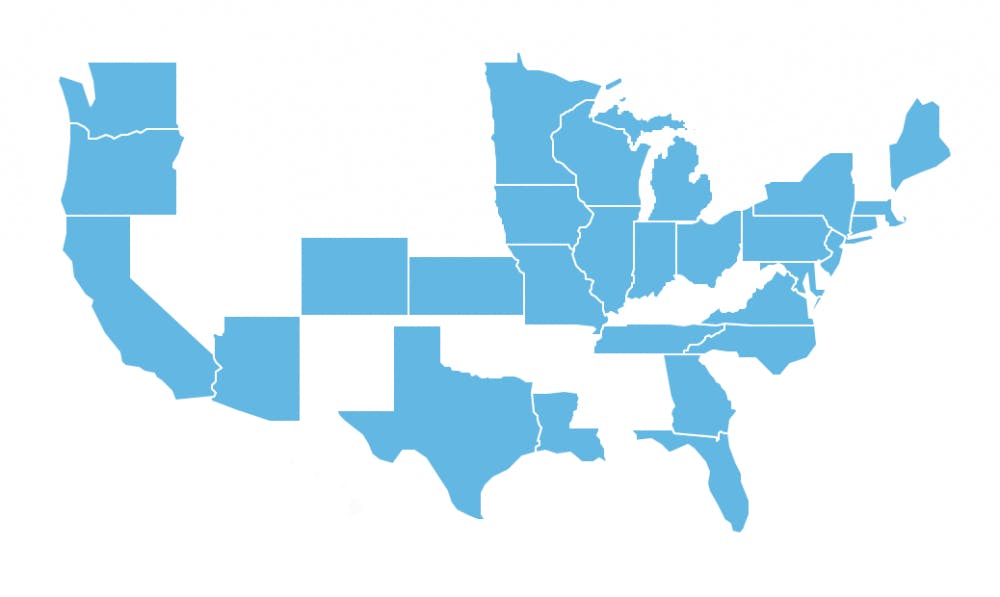 In the wake of President Donald Trump’s executive order temporarily banning refugees and immigrants from some predominantly Muslim countries, colleges and universities across the United States have rapidly begun to react. Protests and social media movements have sprung up on many campuses, though university administrations have issued official responses.

Institutions of higher education have been among the most active in responding to the executive order at an organizational level. Many colleges and universities have explained how the order conflicts with their academic missions and ideologies, but the financial impact could also be significant. Bloomberg estimates that U.S. colleges could lose $700 million as a result of the restrictions. Because of these factors, reactions have been overwhelmingly critical of the order, with many referencing the impact travel bans may have on students.

Elon University President Leo Lambert issued his own statement on the matter in an email to students and faculty. In the email, Lambert didn’t directly criticize the order, instead saying that the university is “monitoring [the] unfolding situation very carefully.”

Like many universities’ statements, Lambert eschewed a political stance and instead chose to deal with the individuals affected by the order and how Elon plans to help those who may have their educational plans impacted.

“Elon’s Global Education Center staff members are working individually with international students and scholars to offer counsel, guidance and support,” said Lambert. “In order to safeguard privacy, we will make no statements about individuals who might potentially be affected by the Executive Order.”

Earlier this week, Lambert traveled to Washington D.C. to meet with North Carolina lawmakers regarding the effects of the order.

Duke University issued a similar response. In a statement by University President Richard Brodhead and Provost Sally Kornbluth, the restrictions on immigration were called “confusing and disturbing.”

“We are deeply concerned about the well-being of students, faculty and staff who may be impacted by the policies that have now been put in place,” the statement said, “and will join with the rest of higher education to bring these concerns to the attention of policymakers and the public.”

Larger public universities, too, shared many of these sentiments. The University of California system released a short statement on behalf of its President and ten Chancellors calling the executive order “contrary to the values we hold dear as leaders.”

The American Association of Universities (AAU), a nonprofit coalition that includes 60 research universities nationally, also released a statement on the restrictions, assuming a critical tone and calling for change. The statement, authored by AAU President Mary Sue Coleman, said that the order is “already causing damage” and “should end as quickly as possible.”

“We also urge the Administration, as soon as possible, to make clear to the world that the United States continues to welcome the most talented individuals from all countries to study, teach, and carry out research and scholarship at our universities,” Coleman said. “It is vital to our economy and the national interest that we continue to attract the best students, scientists, engineers, and scholars.”

AAU Schools
Create your own infographics