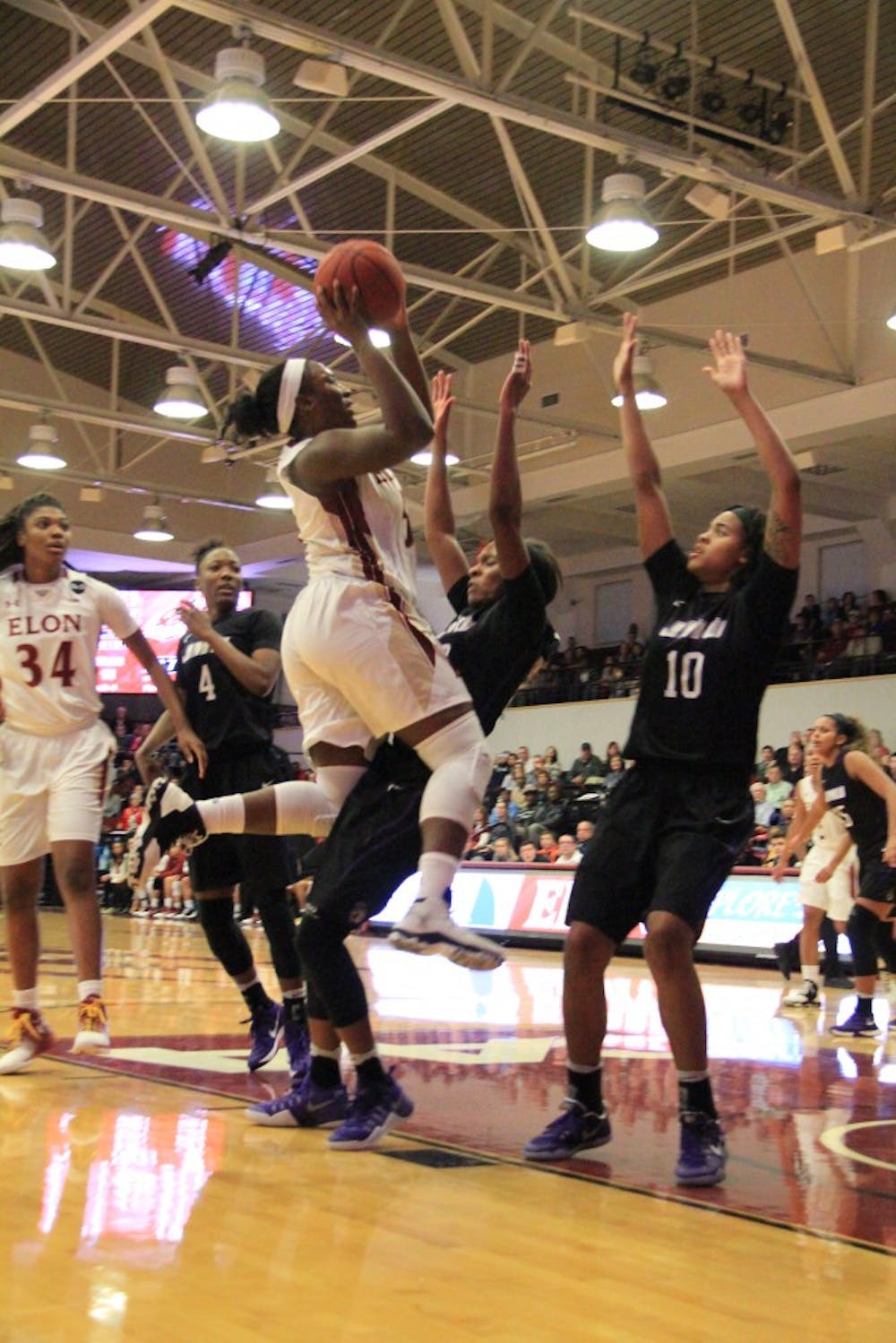 The Elon University women's basketball team found itself in another close battle with James Madison University, but unlike in its nine previous games, the Phoenix couldn't pull it out, falling 76-70 Friday night in front of a record crowd in Alumni Gym.

And, in the sixth all-time matchup of the Colonial Athletic Association-leading Phoenix and three-time defending conference champion Dukes, Elon still wasn't able to find a way to beat James Madison.

"I feel like, overall, we did not execute our gameplan," Smith said. "This is the first time where I felt like we did not have fluidity offensively. We didn’t share the ball like we normally do. Defense, you can’t let one person beat you. We’ve just got to get back to the basics of guarding one-on-one, but it has to be a team effort as well.”

James Madison's Precious Hall burned Elon to the tune of 41 points, scoring 28 points in the second half alone. Elon junior guard Shay Burnett said it's "unacceptable" for Elon to allow an opponent to score that many points.

“She took advantage of what we gave her — we gave her a lot of open looks, we didn’t pressure her," Smith said. "The gameplan was to pressure her, make her put it on the floor and kick to other people. We were supposed to be a little more compact defensively and make other people beat us. Yes, she’s a great player, but she shouldn’t have 41 points on us.”

Burnett led the Phoenix with 20 points and 12 rebounds, her fifth double-double of the season. Smith has come to expect her to put up those numbers.
“Her offensive and rebounding productivity is a given," Smith said. "It’s being consistent, and she’s done it against top teams that we’ve played. I’m just proud of the fact that she’s able to go out there and perform and be consistent in her productivity.”

Burnett also grabbed six of Elon's 23 offensive rebounds on the night, a number that junior forward Malaya Johnson says isn't surprising to her.

"We expect ourselves to rebound that," Johnson said. "It’s something we work on and we come into every game saying, ‘We need to rebound and be on the glass.’ That’s a given. We just didn’t pull it together.”

The announced crowd of 1,412 broke the Alumni Gym record for attendance of a women's basketball game in the Division I era. Smith has been thrilled to see as many fans show up as they have for Elon's past two home games.

"It’s always great to have people in the stands because I feel like it gives us the extra energy and boost that we need, especially in the fourth quarter," Smith said. "Hopefully people will continue to come out and support this team. The product has been here all along, you just have to push the product. I’m just a little disappointed that they weren’t able to see us pull it off, but hopefully that won’t be a deterrent and they’ll come back and support us."

The loss drops the Phoenix to 13-5 overall and 5-1 in CAA play. Elon hits the road for the first of three straight road games at 2 p.m. Sunday at the College of William & Mary.