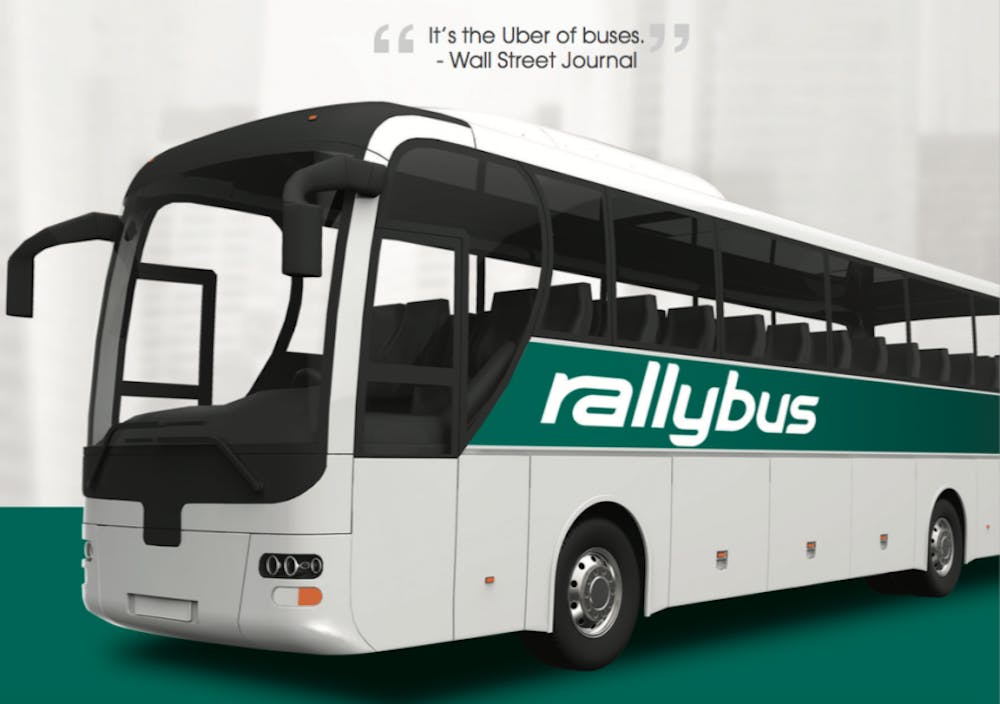 Since his opportunities for college nightlife was mostly restricted to West End Terrance, Tony's Pub-N-Subs and The Fat Frogg, Adam Salaymeh ’16 always wanted a way to explore the rest of the North Carolina nightlife scene.

After working at Rally, a crowd-powered bus service, Salaymeh wanted to bring additional nightlife to Elon students through ELONightlife Getaways. His hope is to bring large group of students to different areas and events in a safe and cost-efficient way.

“I immediately thought of a weekend nightlife service, which is something I wanted for a long time, that would allow students opportunity to get outside the Elon Bubble and explore North Carolina cities, like Raleigh and Greensboro or other colleges like Franklin Street in Chapel Hill,” Salaymeh said.

Similar to Uber and Lyft, Rally doesn’t own any buses, but rather uses route-shuttling technology to connect bus companies to like-minded individuals attending events such as concerts, sporting events or political rallies.

“I really think it’s the future of transportation in the United States, in the world, trying to be more efficient,” Salaymeh said. “The buses are there, but we're trying to make it so people can utilize it, but in a more efficient way.”

Rally has a list of potential rides for events, but individuals can create their own. They will go anywhere as long as 25 people sign up for a ride, according to Salaymeh.

To create a Rally trip, individuals choose the location, the time of the event and how many people are attending. The creator can then share it to get others to attend and fill up the bus, a feature Salaymeh sees Elon students using.

The price per person varies with location, how soon the bus is reserved and how many people are attending. A full coach bus can cost as low as $20 filled with 55 people or $36 with the minimum of 25.

“It is a more affordable option than Ubering, and I think it's more fun and having a community where everyone’s excited,” Salaymeh said. “It’s more fun to be with 25 people on a bus than to go with 3 or 4 in an Uber.”

Salaymeh plans on coordinating various nightlife events, such as a Friday night trip to downtown Greensboro, for students to choose from.

“I’ll look at a trip, and I’ll create the ones that are going to be of interest to students,” Salaymeh said. “The dream is to really have students take the reign and have their own trips and share these trips on social media through Facebook and get the word spread their own way.”

Salaymeh has been promoting Rally to Elon students by posting in class pages. So far, he's gotten significant interest in response to his posts. Each post has about 40 likes, and a few students have brought up the idea of going to Franklin Street for Halloween through Rally.

“I really didn’t think it would get as much of a response,” Salaymeh said. “I knew it was a good idea and I wanted it when I was at Elon. So it’s something I’ve thought about for a while.”

Senior Kelly Weiss has booked the first Rally-powered trip from Elon for a Luke Bryan concert at Walnut Creek Amphitheatre in Raleigh on Sept. 2. Weiss reached out to Salaymeh to give him the details, and Salaymeh set it up.

“He was super hands-on during the whole thing,” she said. “I just told him where and when and how many people we were going to have.”

Because trips cost less per person the more people that go, Weiss will be traveling with a group of friends and friends of friends.

She said she would use Rally for another event in the future or for trips to explore Raleigh with a group.

“I think its great,” Weiss said. “I think it’s a fun and safe way for students to get off campus and explore the area beyond Elon.”