Elon student among delegates at DNC 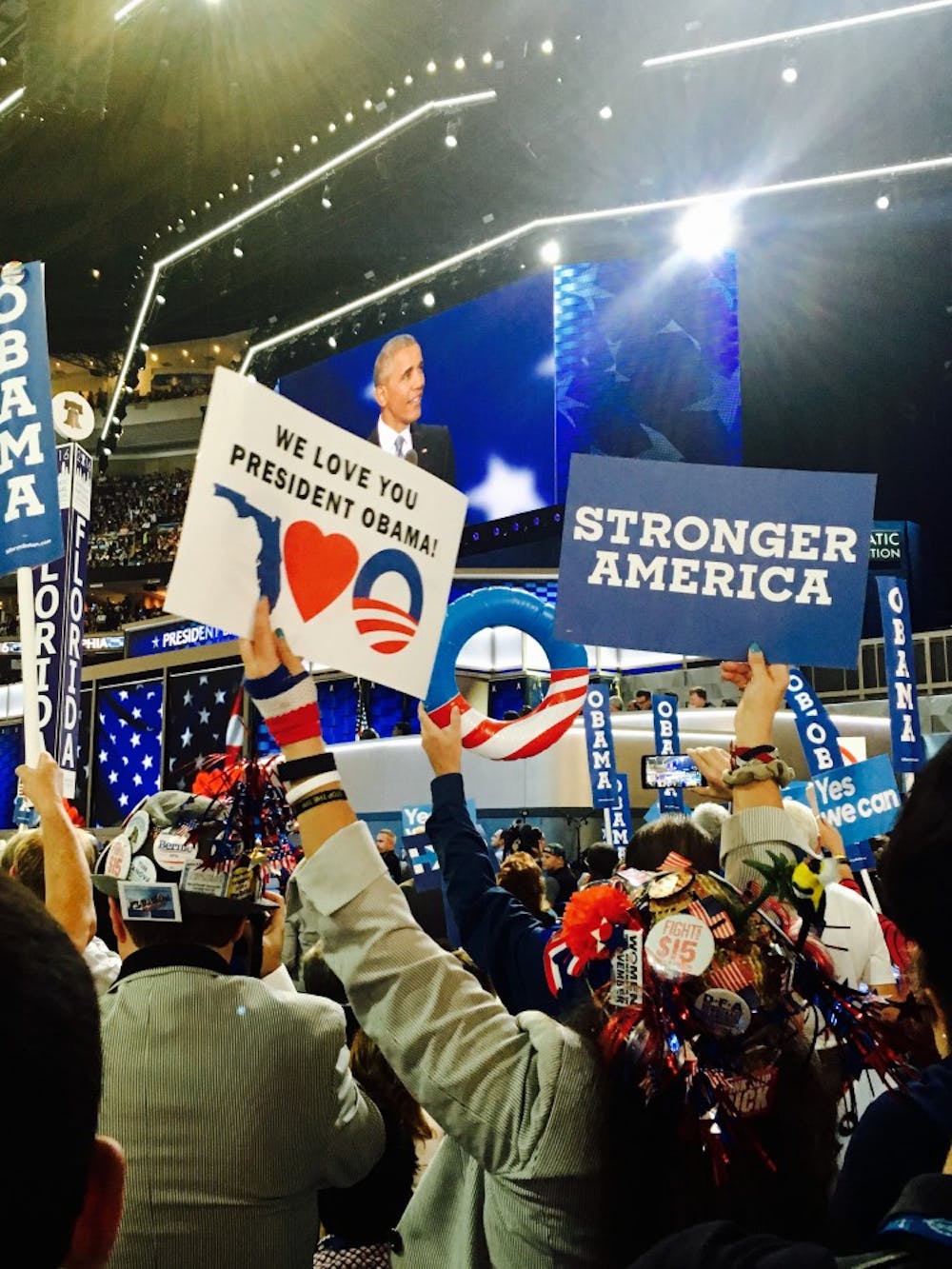 PHILADELPHIA -- Traveling across many state lines, one Elon University student found his way into the Democratic National Convention.

The Mayor of Atlanta invited senior and Georgia native Chris Edwards to the convention. Mayor Kasim Reed said he wanted Edwards to "experience everything" and to promote Democratic nominee Hillary Clinton.

Edwards said he feels an "obligation to be here" as a young African-American male. He also wanted to be a part of history and to represent his state.

As for his political background, Edwards said he's been a Clinton supporter from the beginning, and only chose Clinton over Vermont Sen. Bernie Sanders because she seemed to "have more of a plan."

Edwards said he felt some relief since Sanders officially endorsed Clinton, but the protests from Sanders supporters haven't ceased. An official walk-out of Bernie Sanders' supporters was staged on the second day of the convention.

Edwards recalled this protest and said it was "interesting." With the WikiLeaks scandal surrounding the convention, Edwards acknowledged there has been a "little bit of corruption that needs to be addressed."

Edwards also wanted the Democratic Party to come together in November.

"At the end of the day, now that the voting is over, it's time to move on and face the bigger issue," Edwards said.

Clinton will officially accept the nomination and speak to fellow Democrats on Thursday. Edwards said he's listening for how she's going to address the "college tuition situation," and how she plans to help African-Americans in "different states of the country."

He is also interested in what she is going to say about "all the criticisms she's been receiving over the past months, and even over the past year or two."

Once he returns to Elon in the fall, Edwards said he plans to volunteer for the Clinton campaign in North Carolina.