Bill co-sponsor on House Bill 972: "The press wants information. But at the same time, there has to be a control of the process" 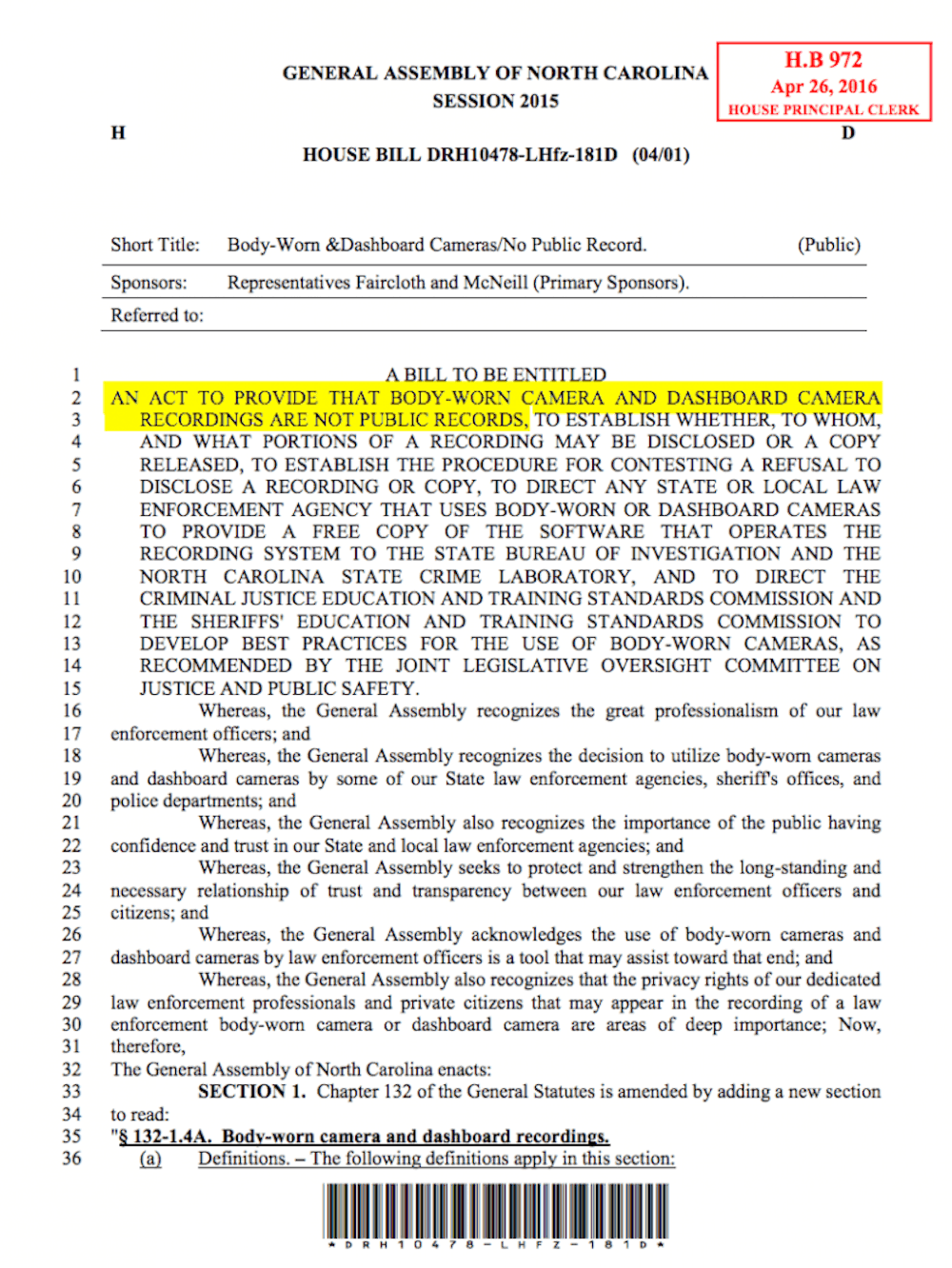 According to House Bill 972, body and dashboard cameras would not be public records.

Body and dashboard cameras have the power to hold law enforcement officials accountable for their actions. They provide evidence to imprison criminals and tighten relationships between police departments and their communities.

Mark Sweat, criminal investigations lieutenant for Town of Elon Police, said a formal policy regarding body cameras should be completed by the end of May.

With the Town of Elon expecting body cameras to arrive around early June, the bill carries significance as the academic year comes to a close.

The second method of treatment is to make footage a public record.

Michael Rich, associate professor of law at the Elon University School Law, opposes the bill because it could diminish police transparency.

“The main problem I really have with HB 972 — beyond not calling the footage a public record — is that it puts the decision in the wrong hands,” Rich said. “It entirely empowers the head of a police department to decide whether or not release of the footage is in the interest of the public.”

North Carolina General Assembly Representative John Faircloth (R-Guilford) co-sponsored the bill so police chiefs and sheriffs could be granted the power to decide who gets to see dashboard and body camera footage.

“The press wants information,” Faircloth said. “But at the same time, there has to be a control of the process.”

Prior to serving as a state legislature representative, Faircloth worked as a police chief. The other sponsor of the bill, Allen McNeill, also has a law enforcement background.

Disputes over whether a record was incorrectly classified as a personnel record would be resolved by the head law enforcement officer, according to Section 1B of House Bill 972.

“If an issue is raised as to whether an individual recording is a personnel record, the head law enforcement officer of the law enforcement agency that has custody of the recording shall make that determination,” the bill reads.

Rich said college students should be concerned if the body and dashboard camera footage becomes non-public record. According to Rich, students should be able to monitor whether officers interact respectfully with other members of the public.

“Body camera footage will help us see when and in which situations police are doing the right thing and when they’re not doing the right thing,” Rich said. “Police are public employees, and they are paid to serve the public. If we don’t keep tabs on what our public employees are doing, we can’t guarantee that they’re doing things that help the public.”

Faircloth argued the passage of his bill would improve transparency since police chiefs would be required to explain in writing why they classified certain items.

“Personnel documents would be something that could be used for job performance — how the officer handled a particular incident and whether or not it was in violation of certain practices,” Faircloth said.

Nonetheless, there is a middle ground between complete access to information and total law enforcement control.

Body and dashboard camera technology was intended to promote accountability, according to Rich. He said he would be fearful of major law enforcement oversight if the bill passed.

“They’re just going to act in the best interest of police,” Rich said. “It makes very little sense to say that we have this technology that’s meant, in part, to act as oversight for the police and then say we’re going to put it entirely in police power whether records will be made public.”

Faircloth has proposed similar bills a couple times before but appears to be gaining more traction this time around. Though he did not have an exact prediction for when the bill would be voted on by the General Assembly, Faircloth hopes the bill will pass before the short session ends — though the ending short session date is yet to be determined.

If it doesn’t reach the floor for a vote, he anticipates it will be talked about more in the year afterward.

“This is a matter that will have support on both sides of the aisle,” Faircloth said. “This is not a partisan issue. Police officers aren’t partisan.”