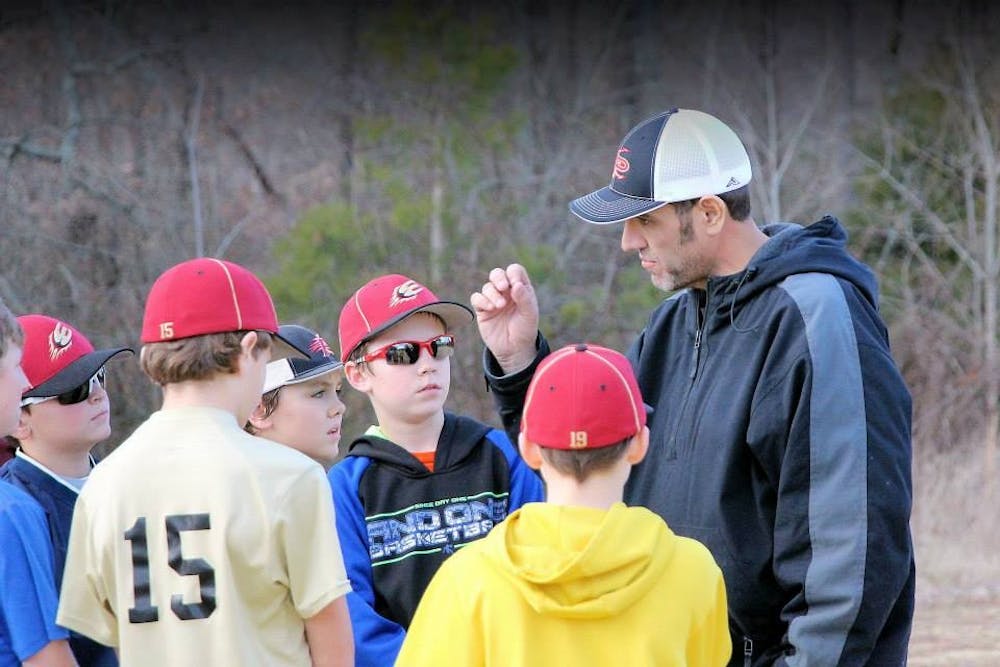 A little more than a year ago Craig Edwards was within weeks of dying. He had been diagnosed with liver cirrhosis, and was severely in need of a transplant.

"Last February I was given two to three weeks to live if I didn't find a donor," Edwards said.

With time running out, the father of three turned to social media to help look for a donor.

"The only way that I was going to live was to receive a directed donor transplant, which is very very rare, but it's the only hope that I had at that point," Edwards said. "So we put my story on Facebook, blasted all our family and friends."

And on February 19, 2015, a woman, Candace Simms, died of a brain aneurysm. Tara Rowe, a friend of Simms, who was in the hospital, spoke up about Edwards when a doctor asked if there was anyone who could use her organs. Though neither Rowe nor Simms knew Edwards, Rowe had seen his story on Facebook.

Within a day, Edwards had a new liver, and since then, he said he feels as good as he ever has.

"I was within weeks of dying," Edwards said. "Because of the legacy of Candace Simms, I get to experience life with my children, with my wife, and the ultimate gift is the gift of life, giving someone else life, and by being an organ donor you can do that."

Now, Edwards wants to help other people who are in a similar situation to what he was in.

After his transplant last year, he started the Gift of Hope and Life Foundation, which raises money and awareness for organ donation. One of its main projects right now is raising funds for a mobile application being designed jointly by Facebook and Johns Hopkins University Hospital that allows people in need of organ transplants to effectively share their stories through social media in the hopes of finding a donor.

In addition to raising funds for the project, Edwards, who was one of the first documented cases of a person receiving a liver transplant through social media, will be one of the faces of the app.

"A doctor could stand up there and say to people that are currently awaiting a transplant and, in fact dying, and say you need to do this," Edwards said. "But hearing it from someone who firsthand, their life was saved as a byproduct of social media and Facebook, that should help facilitate more people becoming involved with the app."

The application, currently called "the Donor Facebook App" was thought up by Dr. Andrew Cameron, Surgical Director of Liver Transplantation at Johns Hopkins Hospital, who reached out to his former college classmate, Sheryl Sandberg, Chief Operating Officer of Facebook about what he calls an "organ donation crisis."

As of March 17, there were 121,385 people in the United States waiting for an organ transplant, according to the United Network for Organ Sharing. And, the number just keeps going up, with a new patient added to the waiting list every 10 minutes.

According to Dr. Cameron, that there aren't enough organs isn't a medical crisis, but rather a communication and education problem.

"About 95 percent of Americans support organ donation, but less than 50 percent are actually organ donors," Dr. Cameron said. "We're hoping with the app both that people will have success finding living donors and that it will raise awareness of becoming an organ donor."

So far the application has been a success. Currently in it's beta test period with 52 patients, the application has seen a 24 percent success rate for a patient receiving a referral for a living donor candidate within six months, more than five times more than the average of four percent.

Johns Hopkins and Facebook, with the help of the Gift of Hope and Life Foundation are currently in the second round of fundraising and hopes to expand the test group to three more test centers in the United States.

"At this point we need the funding, we need the exposure," Edwards said. "To be able to roll it out to other test centers throughout the united states and potentially, hopefully have funded to where it could go to every transplant center in the United States."

In addition to helping fund the application, Edwards says the Gift of Hope and Life Foundation will also host events to encourage people to become organ donors.

"We held an event last April on the National Donate Life Day shortly after I had the transplant," Edwards said. "We actually had over 50 people sign up to be organ donors as a result of that awareness campaign, so we are hoping to do more events like that to raise awareness for organ donation and ultimately save lives."

And Edwards says there's no reason not to be an organ donor.

"Twenty-two people a day die currently waiting on the list and I was within weeks of being one of those people," Edwards said. "You can't take your organs with you, and by becoming an organ donor you can provide someone with the best gift possible, the gift of life."

You can sign up to become an organ donor here.