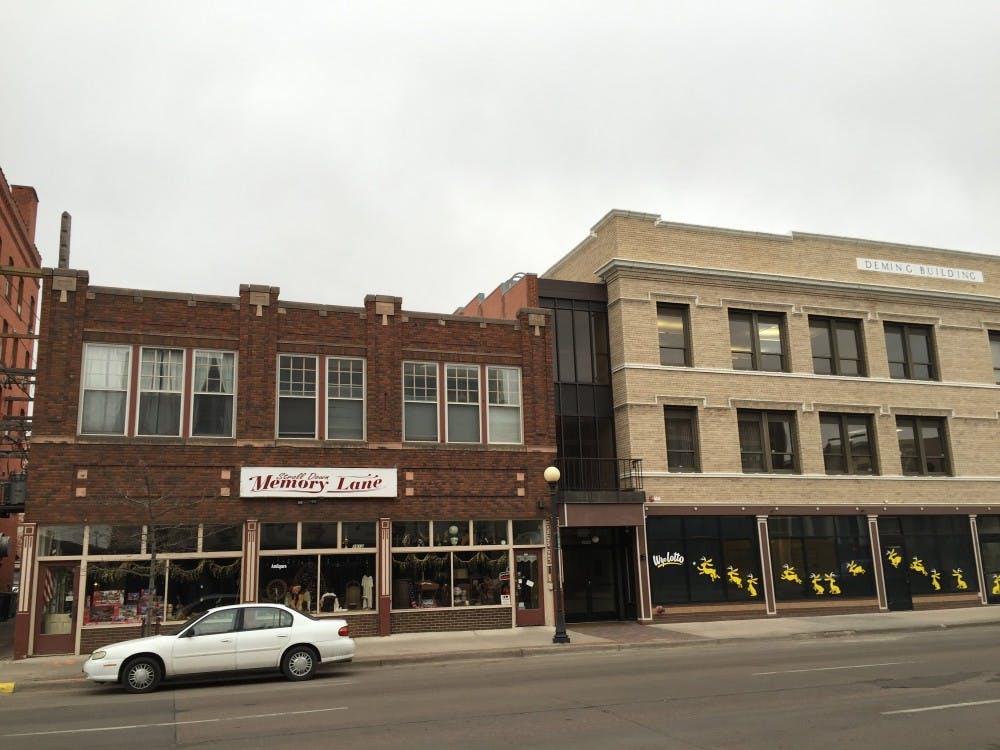 Photo by Kevin G. Hall | Elon News Network
Panamanian law firm Mossack Fonseca operates its Wyoming office out of this Deming Building, on right, in the capital city of Cheyenne. It's name appears nowhere, however, as they create Wyoming companies through another registered agent, AAA Corporate Services. Wyoming is the least populous and the second least densely populated of the 50 United States but a very popular location for the formation of offshore corporations because with the help of a registered agent one can set up a LLC in Wyoming without one's name having to be in the State Register. (Kevin G. Hall/McClatchy/TNS)

A recent leak of 11.5 million emails, documents and invoices known as the Panama Papers is creating havoc internationally since hitting major newsstands April 3.

The documents contain information about offshore bank accounts and shell companies that influential leaders are providing to Mossack Fonseca to conceal.

What are offshore and shell companies?

Offshore companies are businesses that operate outside the country of their registration or the home of their shareholders. Their main purpose is to gain tax benefits through loopholes. These types of businesses are not necessarily illegal, but make it easier for them to perform activities under the radar.

Shell companies are dormant and exist to help perform transactions. The companies themselves do not have any assets or operations. These types of companies are also not always illegal, but they often help legitimate businesses avoid taxes.

Panama-based law firm Mossack Fonseca, a law firm that works with companies in offshore jurisdictions like the British Virgin Islands, has been hiding documents which date back decades.

Because much more information will be released as major media outlets dig into the 11.5 million documents, more names are likely to emerge in the coming weeks, months and years.

Why are people using Mossack Fonseca?

Some offshore companies using tax havens have been accused of supplying fuel to the Syrian air force over the past few years. In 2014, the United States and the United Kingdom issued bans on doing business with any of these companies. It was discovered that Mossack Fonseca was the law firm helping these companies operate. Many of the firm’s clients have been involved in bribery, arms deals, drug trafficking, and tax evasion.

How have the accused responded?

Several people named in the papers have directly denied that they have been a part of any illegal activity. Putin even said that his allegations were part of an U.S. plot to undermine Russian unity.

Mossack Fonseca released the following statement in its response to the leak:

"Our industry is not particularly well understood by the public, and unfortunately this series of articles will only serve to deepen that confusion. The facts are these: while we may have been the victim of a data breach, nothing we've seen in this illegally obtained cache of documents suggests we've done anything illegal, and that's very much in keeping with the global reputation we've built over the past 40 years of doing business the right way, right here in Panama.”

The Panama Papers is opening up discussions about privacy and security as well as the ethics behind influential leaders concealing their wealth. The documents are raising a lot of political skepticism similar to the Watergate scandal in 1972.

The main consequence of the leaked documents is a breach of secrecy, which is the selling point for many tax havens like Mossack Fonseca. In wake of the leak, businesses both mentioned and not mentioned in the documents find themselves in danger of exploitation should they continue conducting underground business activities.