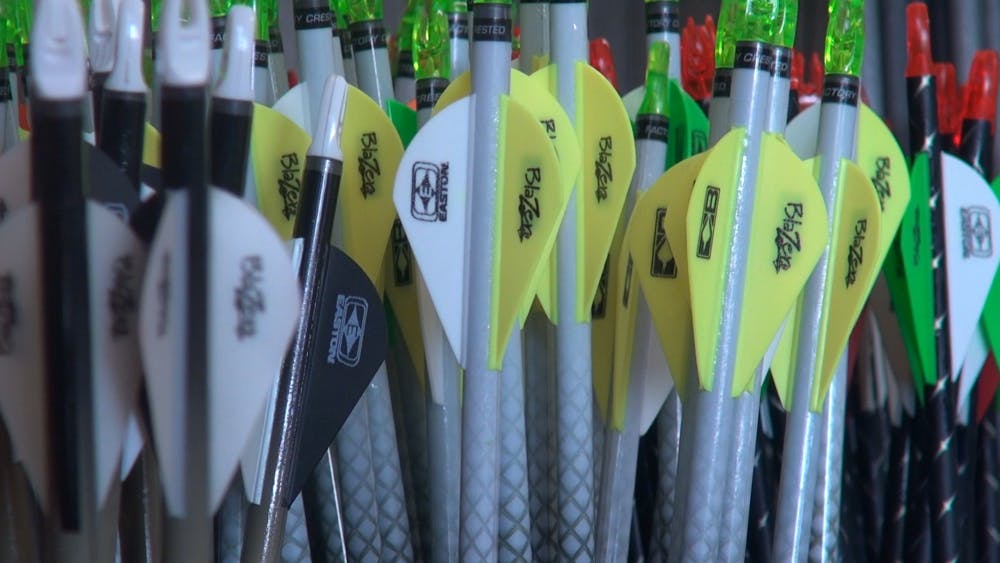 Local business owner Carson Koury has been hunting for as long as he can remember.

"I've been hunting ever since I was little," he said. "It's really been a passion of mine and it was something I thought I could make a career out of."

That passion led him to open up Buttermilk Creek Archery and Outfitters in 2008--named after the creek he and his father went hunting on when he was a boy.

Eight years and one relocation later, BMC is the premier archery and hunting shop in Burlington. Located off interstate 85, BMC is a fully operational store, repair shop and indoor archery range.

When the two are not running the shop, they teach complimentary archery lessons to a variety of age groups.

"We give beginner-introductory archery lessons," said Koury. "What we'll do is we'll take somebody that has no idea about archery, introduce them to what the bow is, the safety of the bow, how to shoot properly--different things that they can do to learn how to shoot. Then we go into instruction on accuracy and how to improve their accuracy. They end up having a lot of fun with it."

Koury said that archery gets a bad reputation, but it's actually much safer than people think.

"Archery is something you can do in your backyard, at any age. Obviously you can get hurt if you're careless, but you have to try a lot harder to get hurt with something in archery than you would with a gun."

Though Koury admits it's not for everyone, he wants to assure everyone that they can at least give it a try.

"Come in, shoot, get a feel for it. You'll see how safe it is. We have kids from five and six years old come in and shoot and do a great job with it."

"It gets the kids outside and away from the video games," he said. "You may have a kid who doesn't want to play football, or soccer, or softball. This is a great sport that they can do on their own and really helps boost their confidence."

All of the kills that Koury and his wife Lynsay collect over the course of the year are donated to the local food bank in Burlington for those who may not have access to good, nutritious meat. And in their spare time, they are both features on a TV show called The Final Draw, which airs on the Pursuit channel.