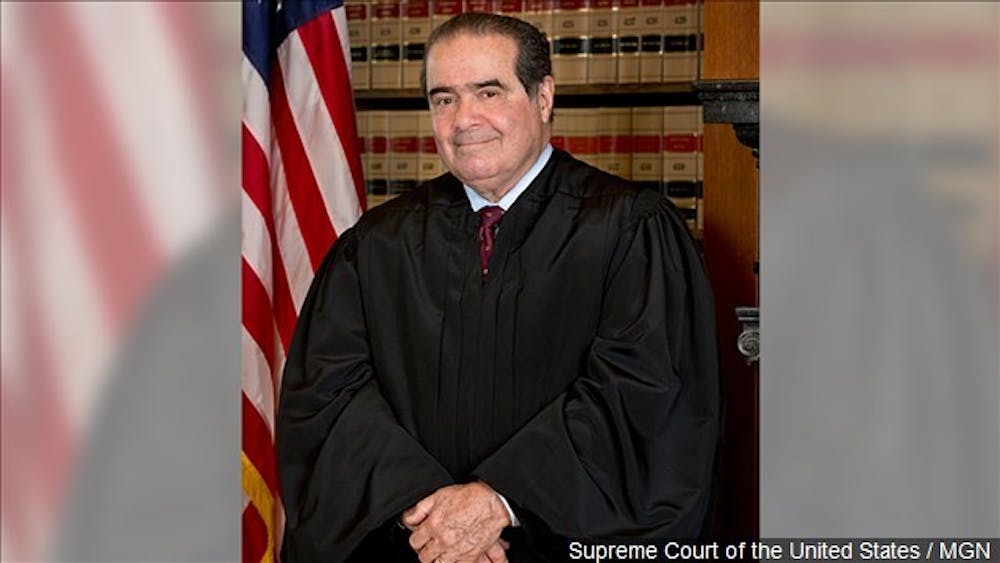 According to CNN, President Obama plans on nominating a replacement "as soon as possible." However, Obama will have a challenging time nominating a new member to the court as the senate is Republican-controlled and it is an election year.

Dean and Professor of Law at Elon University's School of Law, Luke Bierman, released a statement regarding the passing of Justice Scalia.

"With the passing of Justice Scalia, politics just got serious again. A narrowly divided Supreme Court now is split 4-4 so the next Supreme Court nomination is as pivotal a any in American history. As many as six blockbuster cases before the Supreme Court will be affected, covering issues as divisive as affirmative action, Obamacare, public unions and abortion. The Republican majority in the Senate already is indicating that it will block any Obama nomination to fill Justice Scalia's seat on the Court. We can hope for a more serious and substantive presidential campaign now with the direction of the Supreme Court in the balance. With more Republican seats up for election, Senate contests are likely to become even more highly contested. Scalia's death means all three branches of government are subject to change in November, making 2016 absolutely consequential to the direction of America."

"Justice Antonin Scalia cast a larger-than-life shadow. He will be remembered for his tenacity in advancing a theory of originalism, his active manner in oral arguments and the ferocity of his dissents. His long tenure served as a bridge into the Internet age and the 24/7 news cycle, and he became one of the first jurists to emerge as a public face in the popular culture, as well as in legal circles."

Scalia was an advocate for strict constructionism as he believed judges should follow the words of the Constitution and refuse to apply modern interpretation.

Scalia was best known for his decision in District of Columbia v. Heller when he voted in favor of the Second Amendment. This allowed citizens to keep firearms in their homes as a method of self-defense.

Additionally, Scalia was known for his conservative views. He often was against the Supreme Court's ruling on topics such as abortion, affirmative action, gay rights, and religion, according to NPR.

Governor Pat McCrory released a statement. "America has lost a giant on the U.S. Supreme Court and a man who devoted nearly his entire adult life to public service. He was an unapologetic defender of the Constitution who intellect and congeniality will be missed. Ann and I offer our deepest condolences to the Scalia family."