Hillary Clinton's "Fighting for us" campaign 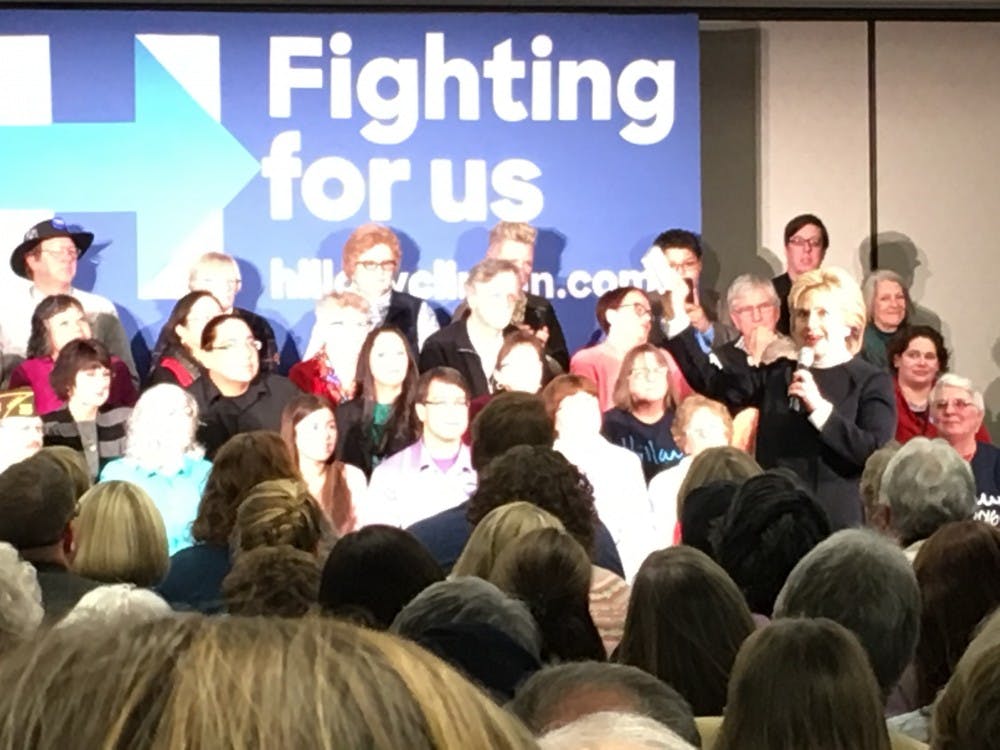 Former Secretary of State Hillary Clinton held an organizing event in Toledo, Iowa. She discussed her Chicago-Suburb beginnings, being raised by what she says were two loving parents, and having what she says were great public school teachers.

"I want to make sure that the opportunities I have will be available for everybody," Hillary Clinton said.

Clinton discussed how she thinks her past can be the future for children in America once again.

"Every single person in this country, every child, should have the chance to live up to his or her God-given potential," Clinton said.

Her campaign slogan, "Fighting for us" wasn't her only message.

"You know we've got to be fighting against special interests and there are a lot of them," Clinton said.

She didn't elaborate on those special interests, but did discuss how she plans on working with Congress when there is political divide.

"I'm not going to sugarcoat it. It's hard, but you have to find common ground with people with whom you disagree," Clinton said.

Clinton said she proposes to create more jobs, raise income, and defend the Affordable Care Act. Additionally she says, she has a detailed economic plan.