Seahawks' 15-3 run down the stretch put it out of reach for the Phoenix. 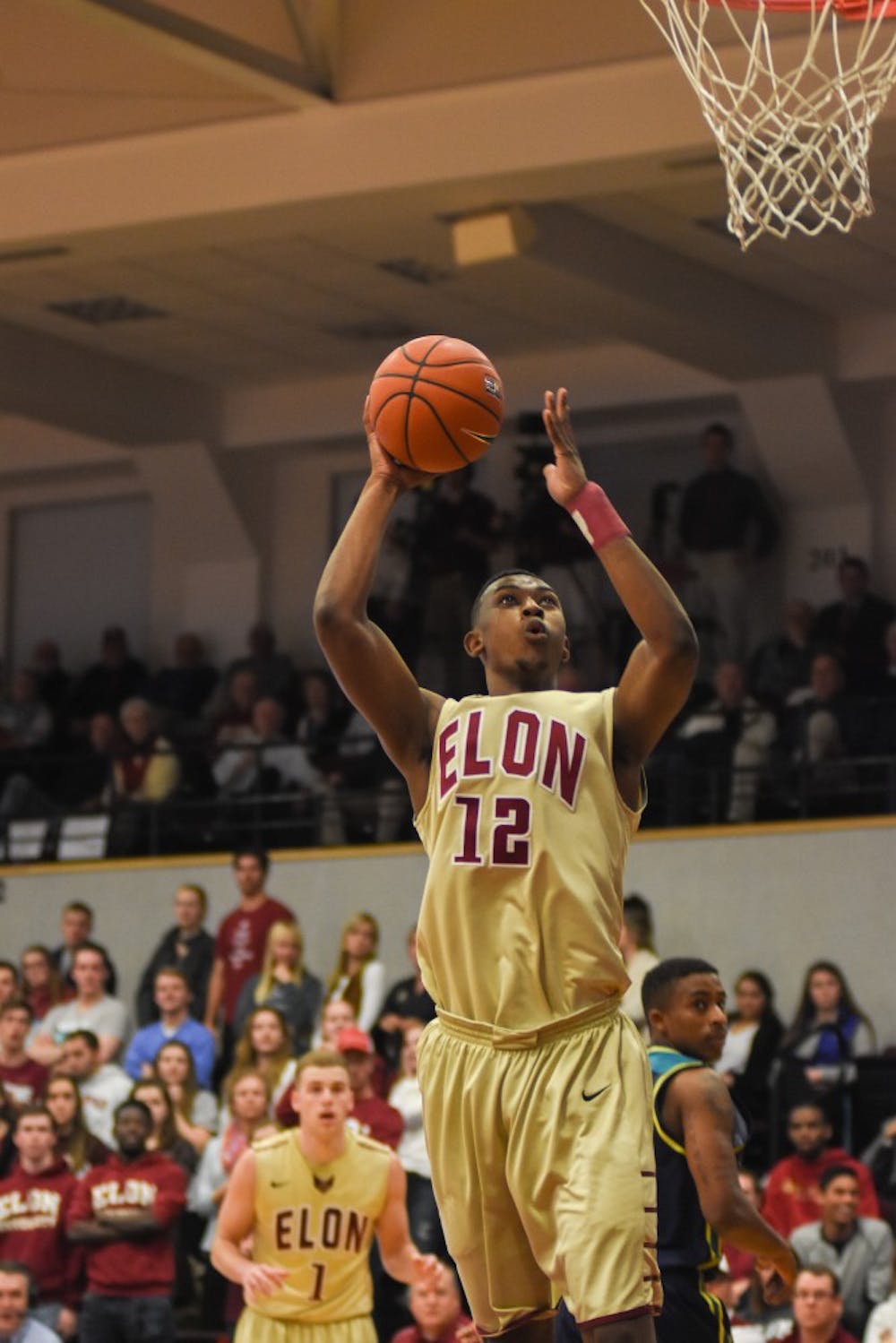 The University of North Carolina at Wilmington pulled away late in the second half to knock off the Elon University men’s basketball team 91-82 in Colonial Athletic Association (CAA) play Jan. 14.

“We got away from what we were supposed to do defensively, we let people get by us, get to the rim too easily and that just tore us apart,” said freshman guard Dainan Swoope, who recorded double figures for the first time in six games with 15 points off the bench.

Redshirt junior guard Chris Flemmings led the way for UNCW with a game-high 28 points on 11-of-19 shooting. Redshirt senior guard Craig Ponder chipped in 21 points off the bench,14 of which came in the second half while breaking down Elon’s plethora of defensive looks.

Junior guard Luke Eddy led the Phoenix in scoring with 21 points on 8-of-13 shooting.

UNCW’s strong start to the first half and finish to the second half separated what was otherwise a tight contest.

Elon junior guard/forward Christian Hairston had a chance to tie the game at 66-66 with 5:48 remaining in the second half, but couldn’t finish from close range. UNCW responded with a 15-3 run over the next 3:10 to extend its lead to 81-67. UNCW led by double figures for the rest of the game, until a 3-pointer from Eddy scored the game’s final basket.

“In the second half it kind of went back and forth. We needed to get stops and I certainly thought we got the stops that we needed at the end,” said UNCW head coach Kevin Keatts.

UNCW relied on a similar run to put the Phoenix in an early hole during the first half, thanks to Flemmings’ hot hand from beyond the arc. Flemmings knocked down UNCW’s first four field goals of the night – all 3s – as the Seahawks took an early 13-7 lead.

UNCW led by as many as 18 at the 7:03 mark, but the Phoenix closed out the first period strong.

“As a team we definitely need to start games better,” Eddy said. “I’ve looked up at the scoreboard multiple times in first halves and seen us down by a good number of points. I’ll put that blame on me, I need to get the guys ready.”

Elon closed the first half on a 17-2 run of its own, including the final 11 points of the half in a span of 2:57. Freshmen forward Tyler Seibring and guard Steven Santa Ana hit back-back 3-pointers inside the final minute to cut UNCW’s deficit to 38-36 entering half time.

Swoope said the team became more comfortable facing UNCW’s full-court press and was able to break it with more consistency during their run at the end of the first half.

“We knew [the press] was coming, we just had to get it down the floor and get scores,” Swoope said.

The Phoenix returns to the road for its second road game of conference play. Elon will face the College of Charleston Saturday Jan. 16. Tip is scheduled for 4 p.m.