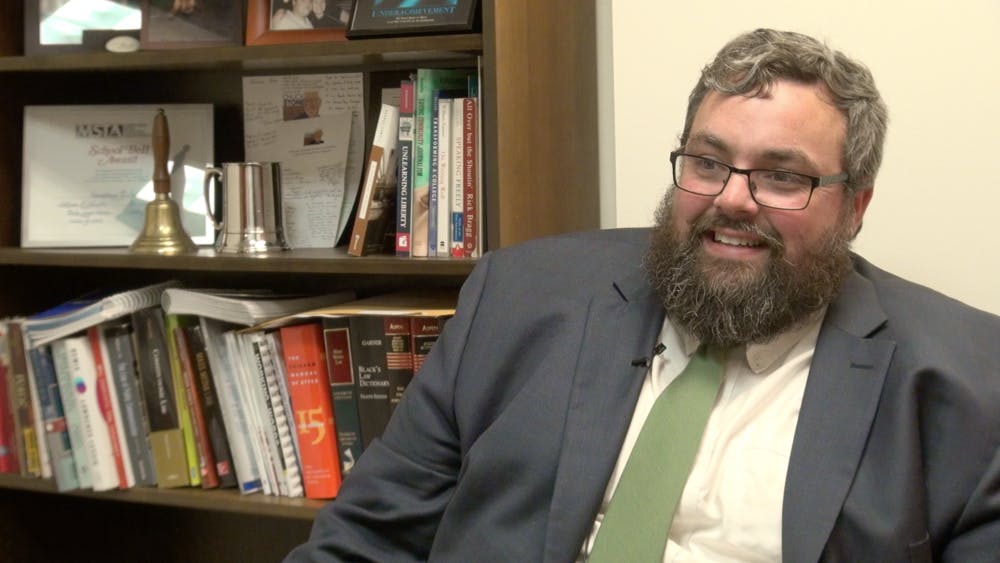 This May the Department of Justice announced a $20 million pilot program to increase security and accountability around the country. Now Elon Police is looking into new technology to be an extra set of eyes in hopes of keeping the community safe.

Mark Sweat is the Supervisor of the Criminal Investigation Division of the Elon Police Department and he explained how the Elon police would integrate body-worn cameras, or BWC's into their service.

Police officers place these cameras on their uniform to capture interactions between them and the public. They record video and audio and are meant to keep both the officer and suspect in line knowing that they are being monitored.

The Town of Elon Police Department is interested in purchasing 10 cameras and a storage software for roughly $22,000 for its 10 parole officers next May.

According to the latest Elon Poll, more than 90 percent of North Carolina residents polled support getting police body cameras. The Elon Police Department is currently sampling the Digital Ally First View HD body cameras. The small black device is no larger than the palm of an adult's hand and weighs less than a pound. The officer places the video recorder in their breast pocket inside their uniform and takes the camera and clips it onto their uniform. They simply press a button, and a vibration will sound and the video will begin recording.

Some of the benefits of BWC's are:

"In order to capture their benefit we need to make sure the public has access," Jones said.

And Sweat feels the same.

"Right now our view is that it's going to be public record," Sweat said.

The Elon Poll also said that of the 91 percent of N.C. residents polled who approve of the BWC's, 63 percent believe the footage should be made public.

"It has potential to really shift how the public views law enforcement particularly in communities that have a history of distrust with their local police," Jones said.

The Elon Police Department is modeling their policy after both Elon University and Burlington Police policies.

"We're still writing our policies, but if someone requested for us to cut it off, it's all just dependent on the situation," Sweat said.

So far the Elon Police don't know who will be able to upload, edit, or delete old footage.

"I think as long as public access is preserved, body cameras have a tremendous potential to restore public trust in law enforcement," Jones said.

Now there are still many open questions. North Carolina state law has not addressed issues such as: What scenarios are off-limits for officers to use BWC's? Is the footage public or private? And how long footage will remain online if made public?