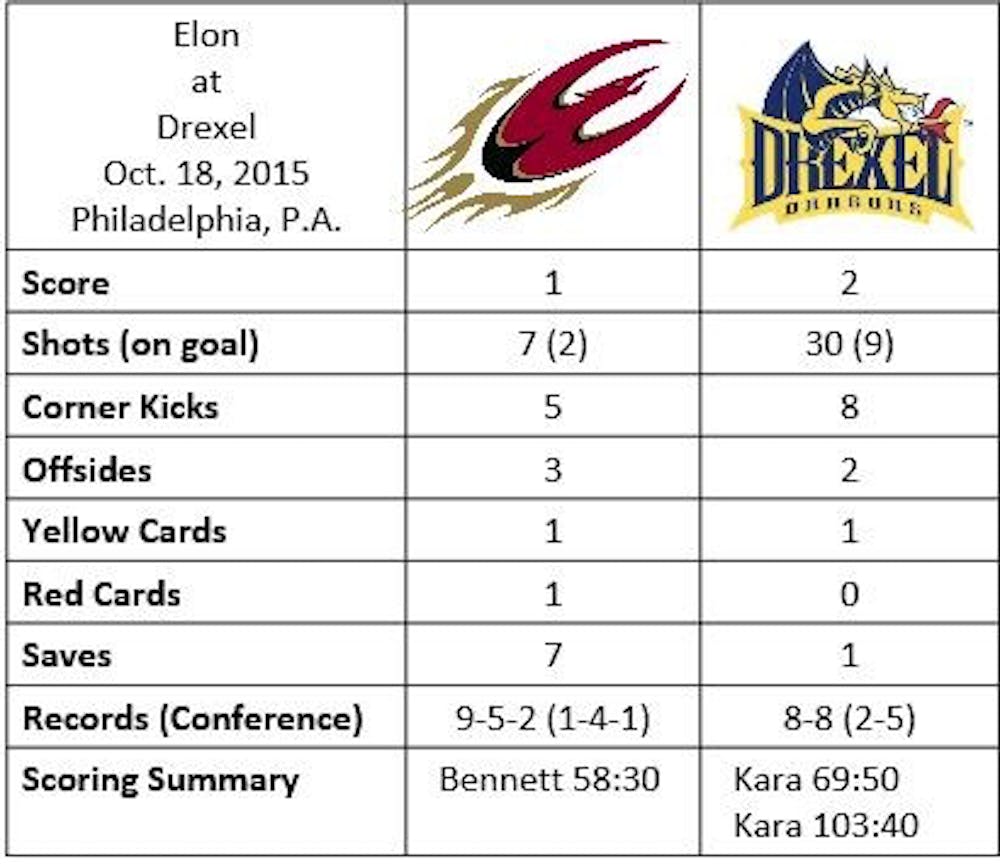 The first half was largely uneventful as both teams went into the half deadlocked at zero. Elon's best chance came when freshman forward Tori Baliatico missed a shot just to the right of the post off a corner kick.

The Phoenix started the scoring in the 59th minute when sophomore forward Grace Bennett scored, putting the ball into the top right corner for her first goal of the season. Bennett lead the Phoenix last season with three goals.

Drexel tied up the match in the 70th minute when Kara finished off a deflected shot by junior goalkeeper Taylor Mohr. Elon was able to hold off Drexel's pressure for the remainder of regulation, forcing overtime. The Phoenix also played with ten players for the last twenty minutes of regulation and overtime after sophomore defender Kendall Ballotti was sent off in the 74th minute.

The Phoenix had a chance to gain a two-goal advantage moments before Kara's winning goal on a Baliatico breakaway, but her shot went wide of the left post.

Elon fell to 9-5-2 on the season, but just 1-4-1 in Colonial Athletic Association play ahead the last weekend of the regular season. Drexel improved to 8-8 (2-5).