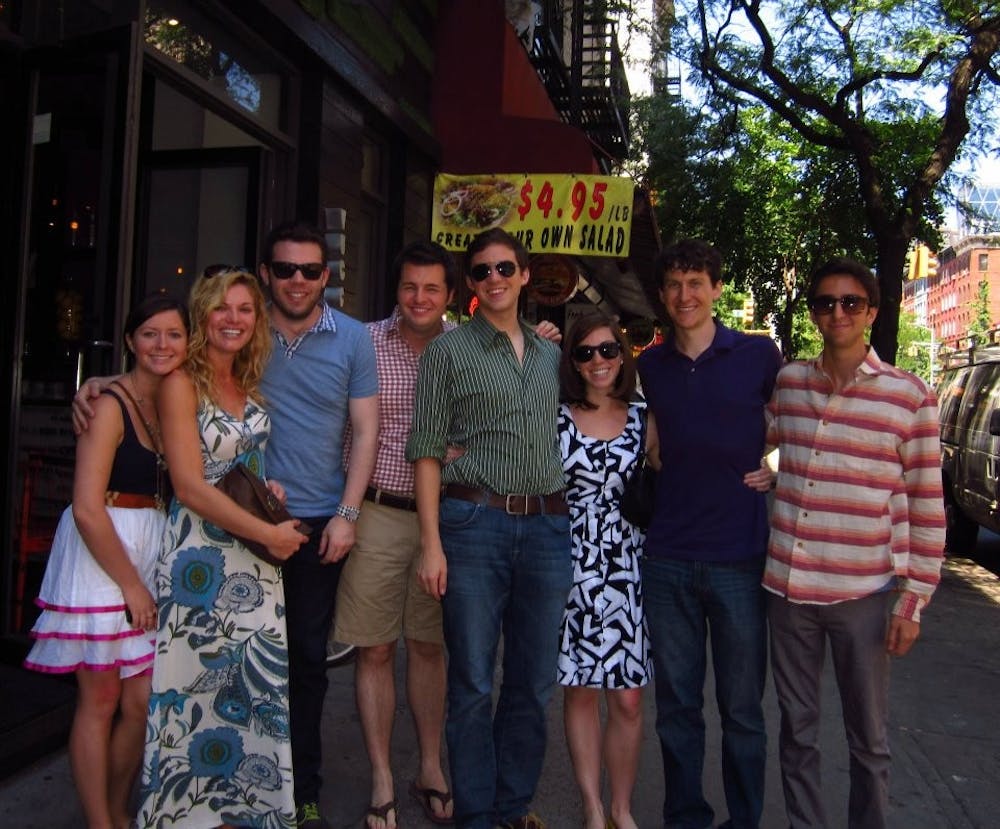 It may have drizzled over Alamance County on Saturday, but the more than 1,000 people gathered at the Historic \0x200BTrain Depot & Amphitheater paid little attention to the rain. What was on their minds, instead, were rainbow flags and making history.

At Alamance County's first pride festival, residents from all over the county came together to express messages of acceptance and advocacy for LGBTQIA communities and to mark the one-year anniversary of North Carolina achieving marriage equality through the district courts.

The event -- which was hosted by Alamance Pride, the area's newly created nonprofit organization supporting the Lesbian, Gay, Bisexual, Transgender, Questioning, Queer, Intersex and Asexual (LGBTQIA) communities in the county -- ran from 11 a.m to 5 p.m. Saturday.

Local business and community members united under the banner of pride, along with more than 50 local vendors and entertainment from drag queen including Stormie Day and the Triad's Pride men's Chorus.

When Paul Keller, the current president of Alamance Pride, was asked how so many people were brought together to help organize and support the event, he was lost for words.

"I don't even remember how we all came together," he said. "It just kind of happened."

The idea for the first Alamance Pride Festival began about five months ago on a sidewalk beside a local cigar bar when Keller and a group of four other people agreed that it was about time an open event showcasing LGBTQIA acceptance was organized within the county.

"We pulled together a board," Keller said. "But the community support and meetings following that just happened in the fastest and most positive way possible."

Keller added that the area's conservative nature and its proximity to pride events in other areas such as Durham and Greensboro fueled the belief that such an event would not happen at Alamance County for a long time.

"It hasn't sunk in yet," he said. "I've just been so busy that I haven't gotten an opportunity to really realize that it's happening."

For 23-year-old Crystal Vaughn, the fact that her own county was responsible for an event signaling acceptance to her identity as a lesbian was overwhelming.

Having come out in the ninth grade, Vaughn said navigating Graham High School on a day-to-day basis was not easy.

"I was known as that 'lesbian girl.' A friend of mine yelled it out in the middle of school during class after I came out," Vaughn said. "I had people stop talking to me, I got ridiculed for it and it was pretty bad at first."

Angela Freeman, Vaughn's mother, said she strived to support and celebrate Vaughn's identity by taking her to pride festivals around the state.

"I took her to one in Greensboro and it was very special," she said. "I never ever thought it would be right here in Alamance County."

Vaughn encouraged parents to recognize the impact they can have on LGBTQIA youth.

"You're dealing with your child's life," she said. "There are people who want to kill themselves-- who want to die -- because they don't have a good support structure. But I've never had to worry about that because my mother has been there from the start."

With her mother on one side and her girlfriend, Heather Lineberry, on the other, Vaughn said the event is more than just a six-hour festival.

For the county's first pride festival, many of the event's organizers -- including Laurin Kier, secretary of the Alamance Pride committee and professor of sociology at Elon -- said they felt nervous leading up to the event in anticipation of protesters.

"Even at my age, there's still some emotional problems I have with someone yelling at you and telling you that you're a horrible 'thing' based on who you are." she said. "So I was quite concerned."

With the exception of one man who stood across the entrance of the event bearing a sign about homosexuality as abomination, Kier said the event was clear from protesters.

Jeff Smythe, chief of the Burlington Police Department, said he did not view the presence of the man with a sign as a form of protest.

Smythe added that while officers were at the event 'anticipating the worst but hoping for the best' they strived to maintain a relaxed atmosphere.

"What you see is a very relaxed posture, a very open and inviting environment," he said. "And that's the message we're trying to convey to everyone here."

Through $2 water bottles dressed with rainbow stickers, personal donations and any leftover funds from the event, Alamance Pride collected money to support the homeless youth who identify as LGBTQIA in Alamance County.

These funds will be specifically directed the Allied Churches of Alamance County, Inc. (ACAC) and will be designated for working with LGBTQIA homeless youth -- ages 18 to 24-- in the county as they transition out of homelessness.

While the numbers of homeless LGBTQIA youth in Alamance County is difficult to pinpoint given reporting practices, the National Coalition for Homelessness estimates that 40 percent of the youth served by agencies in the U.S. identify as lesbian, gay, bisexual or transgender.

A platform for raising awareness

More than 50 booths stood side by side with each booth housing a local business in support of pride or organizations advocating for LGBTQIA acceptance, equality and rights.

The American Society for Suicide Prevention's booth signaled the high rates of suicide among LGBTQIA youth and the importance of seeking help as well as serving as a resource for peers. According to Robert Romineger, president of the AFSP North Carolina chapter, the organization recently hired a new area director for the state of North Carolina, allowing for an elevated role of suicide prevention efforts across North Carolina.

"About half of the people who commit suicide will tell somebody before they do," Romineger said. "How that person responds can make all the difference so we try our best to educate, inform and raise awareness."

Two booths down, the Red Ribbon Society, a newly created community-driven organization focused on prevention and education around HIV/AIDS, handed out red ribbons and information about the importance of testing, safe sex and STI awareness.

"We are just trying to reach as many people as possible right now so we're really grateful we can do this at the event," said Billy Willis, president of Red Ribbon Society. "There are a lot of different stigmas associated with HIV and stigma creates silence and silence is death."

One booth over, Williams High School's Gay-Straight-Alliance (GSA) advocated for the importance of peer-to-peer support within the LGBTQIA community.

"Last year our group only had ten people," said GSA president Bee Stargel. "This year we have more than twenty."

Stargel encouraged high school students struggling with acceptance in their communities to begin their own GSA for its role in generating awareness, visibility and support.

In addition to booths that offered food, face painting or temporary tatoos, some booths provided free STI testing, sold items to raise funds for various advocacy organizations and shed light on opportunities for involvement within the LGBTQIA and ally community.

Elon University plays a major role at the event

As one of the event's "Rainbow Presenting Partner," a sponsor who donates $2,500 or more, Elon University played a large role in financially supporting the event. But to Joel Harter, an associate chaplain at Elon University, the institution's involvement in shaping LGBTQIA visibility and advocacy in the county goes beyond financial measures.

"Elon has jumped in with both feet," Harter said. "Elon has the resources to help something like this and even if you look at the planning committee, we have folks with the passion and expertise."

Harter said though there was a lack of students at the event because the date coincided with fall break, many students supported the event online.

"A lot of students have been supporting the event on social media," he said. "So that support is coming from them even though many couldn't be here."

With a rainbow 'BELONG' pin on his jacket, Smith Jackson, Vice President for student life and dean of students, was among the many administrative members gathered around Elon's table at the event. To Jackson, the event's message of equality and acceptance transcends with the institution's strategic plan and overall themes.

"I think it shows the university's unprecedented commitment to diversity and global engagement -- which is part of our strategic plan," Jackson said. "We want to encourage our students to be a part of that globally but also recognize our commitment to our local community."

Jackson added that what makes this year's Alamance Pride festival important is that it is not supported by and hosted by one organization -- it's a product of combined efforts coming from various areas of the local community.

"It basically is another way to say everyone is included in this community," Jackson said. "And I'm supportive of that message."