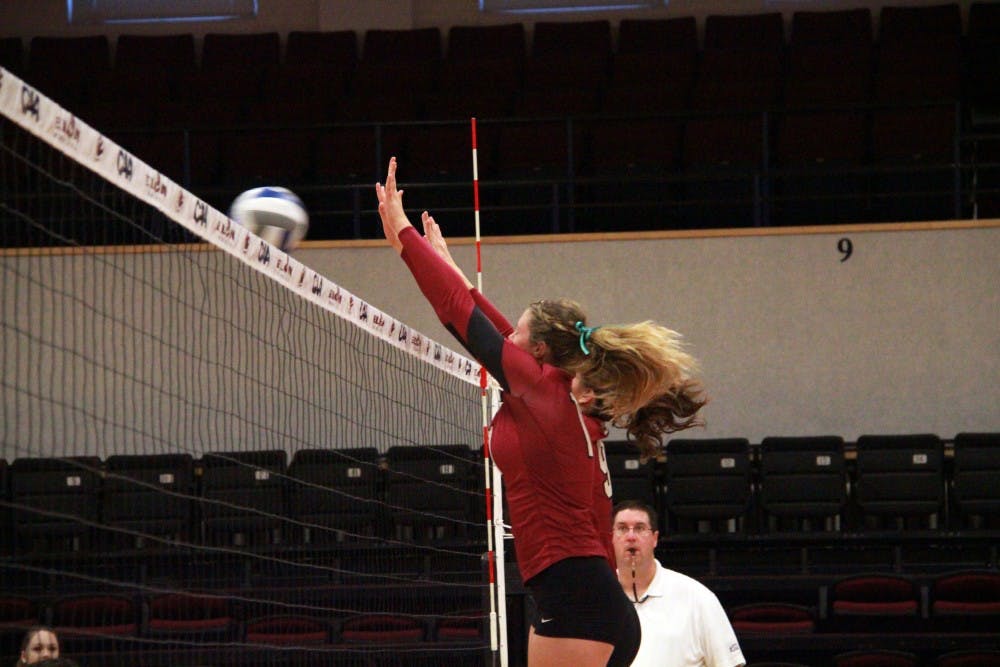 The Elon University volleyball team defeated Davidson University in three straight sets at Alumni Gym on Sept. 8. The victory gives Elon two wins on the year, both of them coming in three-set sweeps.

Elon fought to find a rhythm early in the match. Down 11-5, head coach Mary Tendler called her second timeout of the set.

"A lot of our passes were coming up short, so we were really focusing on moving our feet on the serve," Tendler said. "We knew that we could play better than what we showed at the beginning of the match."

The timeouts gave the Phoenix a chance to regroup. Elon fought back into the contest, tying the score 15-15 off a kill by junior middle blocker Ally Karle.The Phoenix never relinquished the lead after tying the score in the first set, winning 25-22.

After winning a second game, the Phoenix is becoming more confident heading toward conference play in the Colonial Athletic Association.

"At the beginning of every season, you can see potential," said senior outside hitter Megan Gravley. "We're playing at a completely different level, and it was just a matter of time before everything came together."