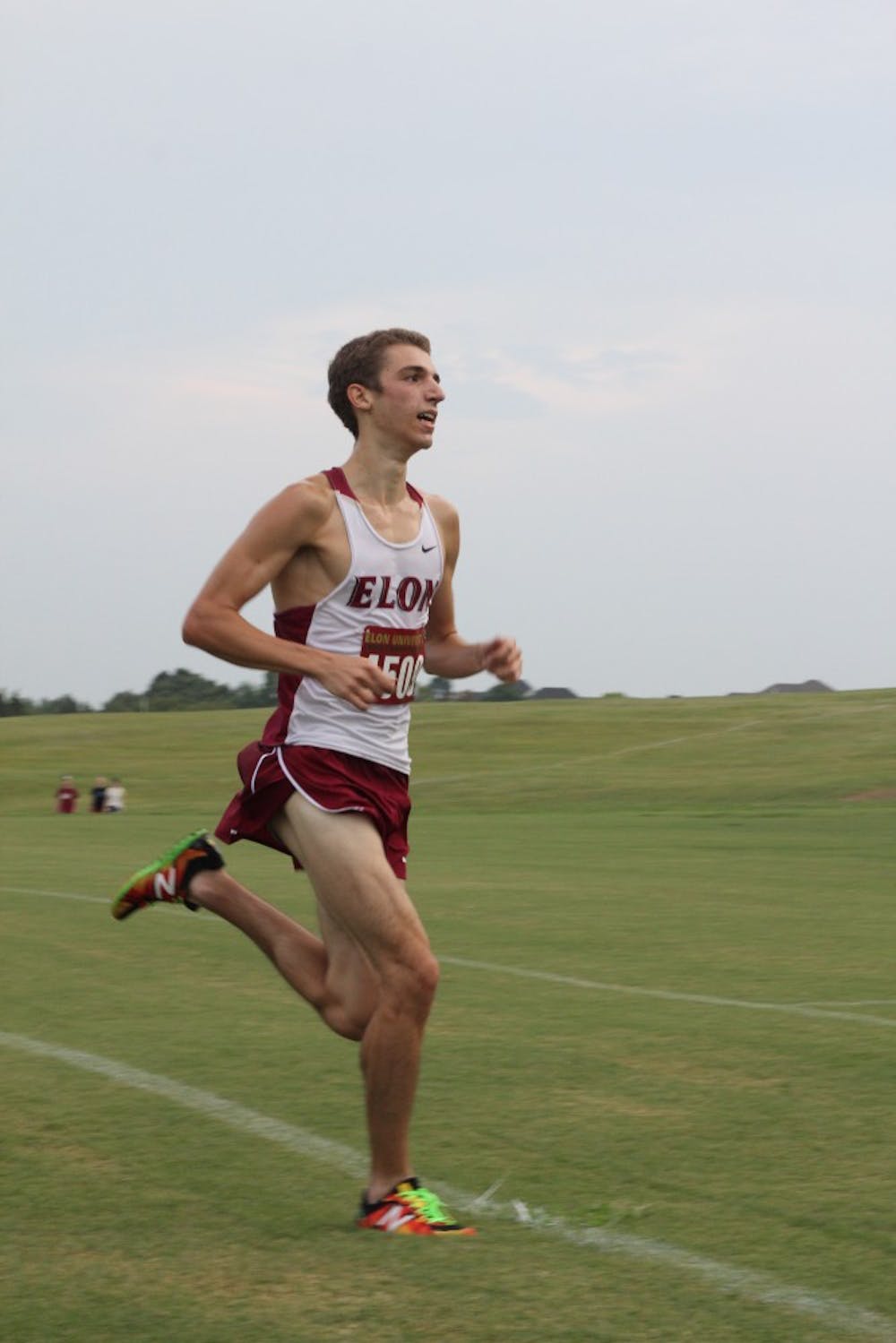 When freshman Nick Ciolkowski found himself in the lead of his first race as a collegiate runner during the Sept. 4 Elon University cross country open race with half a mile to go, there was only one thing on his mind.

“Quite honestly, I was just terrified of someone catching me for the last half mile,” he said. “Literally, I was running for my life.”

Ciolkowski won the race, finishing with a time of 18 minutes, 33 seconds to take the title of the preseason race including four schools (High Point University, Wake Forest University, University of North Carolina at Greensboro and Elon). He said he wanted to use this event as an educational tool. Given that he’s only a few months removed from high school, Ciolkowski used this preseason competition as a measuring stick for future races.

“I just focused on running with the team and not doing anything stupid,” he said. “It was my first race, and I don’t have much experience, so I wanted to watch and learn. Overall, I felt good and confident the whole way through.”

Nick Polk, head cross country coach, wasn’t surprised by how the rookie finished. A good week of training, along with an ambitious mindset, ultimately resulted in Friday night’s stellar performance.

“He did an awesome job,” Polk said. “He’s healthy and will come out of this event ready to go next week.”

While the men finished third in the event behind High Point and Wake Forest, the women earned second place, trailing the Demon Deacons by only eight points. Junior Shelby Cuddeback led the Phoenix in that division, clocking in a 14:48 time in the race, finishing as the runner up. Other scorers for Elon include senior Kaitlyn Snapp (fifth, 15:11), freshman Chelsea Smith (eighth, 15:16), and sophomore Corey Weiss (tenth, 15:28). Polk was pleased with the women, especially because many of the starters from a year ago did not compete.

“I was impressed with all of the girls,” Polk said. “They ran a great first race of the season.”

Aside from the success on the course, Polk was ecstatic that the event operated smoothly. Inclement weather caused doubts that the race would take place, but the course drained well and the rain didn’t seem to impact the runners. Polk would like to host more events at Elon, and the success of this one will certainly help his case.

“We love being able to host events in our backyard,” he said. “It was nice because teams like UNCG, High Point and Wake Forest didn’t have to travel far. Overall I think it everything today ran smoothly.”