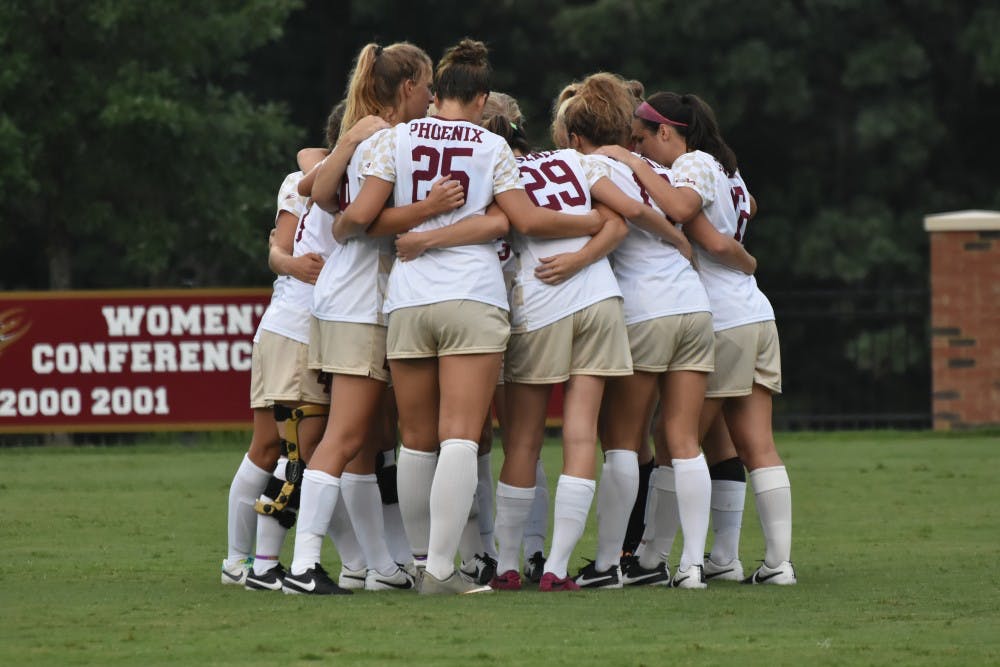 During the Elon University women's soccer team's Sept. 4 victory over the University of North Florida, the Phoenix took more than 25 shots, only one of which resulted in a goal. While the shot count was the same against South Carolina State University, the Phoenix were much more successful with their shots, putting five in the back of the net in a shutout victory Sept. 6 in Orangeburg, South Carolina.

The Phoenix was active throughout the match, putting in 15 of its 25 shots on goal, five times more shots on goal than the Bulldogs. The team struck early and often, with the first goal coming in the 16th minute by sophomore forward Susannah Anderson off an assist from junior midfielder Kelly Siewers. It was Anderson's first career goal, a theme that would continue throughout the day.

It appeared that the Phoenix would take a 1-0 lead into halftime, but two goals in the last five minutes of the first half gave Elon a 3-0 lead going into the second half. Freshman forward Tori Baliatico scored off a breakaway, taking a pass from freshman midfielder Lauren McKeever in the 40th minute for her first career goal. Then senior defender Julie Hibberd volleyed in a goal in the 43rd minute to complete the scoring for the first half.

It was more of the same in the second half as Baliatico added to her goal tally, scoring on another breakaway in the 55th minute to make it 4-0. Senior midfielder Samantha Burch finished off the scoring in the 89th minute, volleying in a corner kick from sophomore defender Amanda Lasater for the fifth and final goal of the match.

The victory was also the third shutout in a row for Elon and the second consecutive clean sheet for junior keeper Taylor Mohr, who once again filled in for regular starter sophomore Hanna Macauley. The Phoenix, who moves to 4-1, welcome Coastal Carolina University to Rudd Field Sept. 11 for their next match. South Carolina State dropped to 1-3.