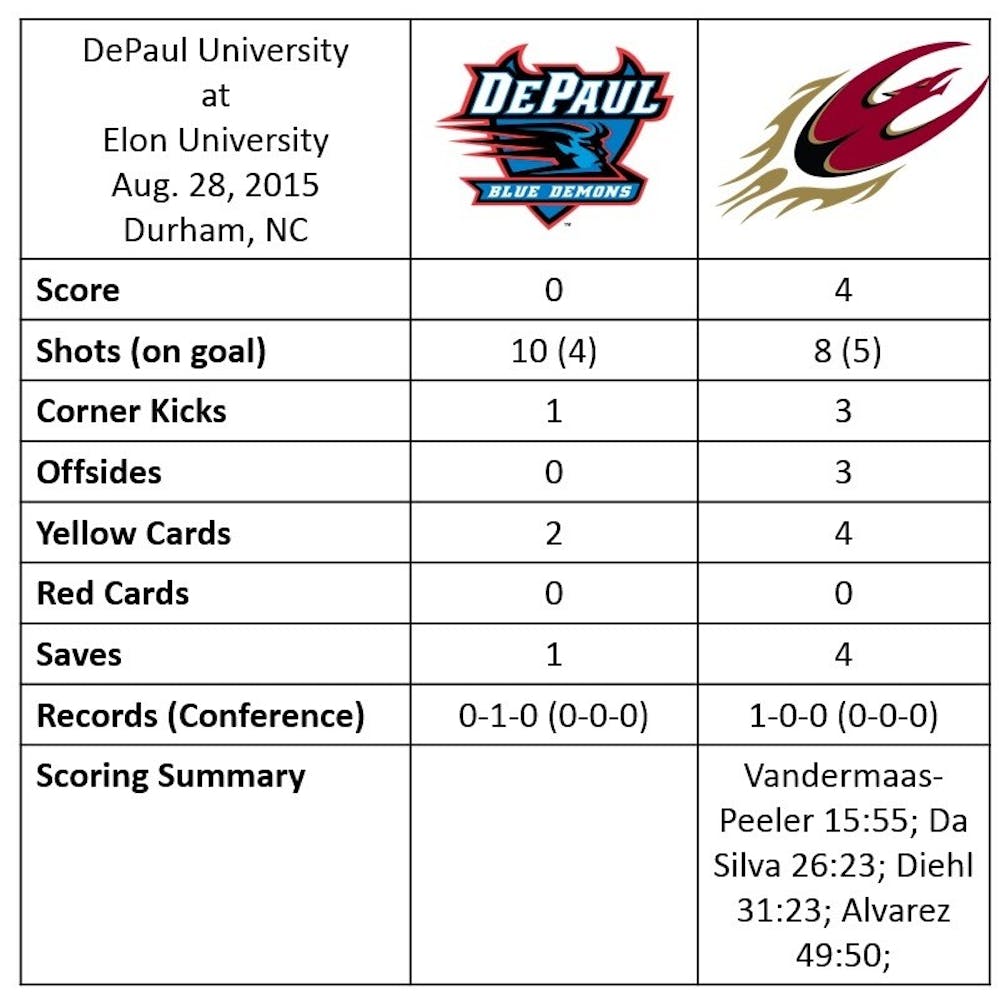 The Elon University men’s soccer team kicked of their 2015 season in style with a 4-0 thrashing of DePaul University. The Phoenix was led by some of its most experienced players, with four goals coming from seniors — forwards Cooper Vandermaas-Peeler and Caue Da Silva, defender Nathan Diehl and midfielder Eduardo Alvarez.

Elon took the lead in the 17th minute as Vandermaas-Peeler converted from the penalty spot in his Phoenix debut. The University of North Carolina at Chapel Hill transfer slotted the ball past the keeper, after DePaul was penalized for a handball in the box.

Da Silva doubled Elon’s lead in the 28th minute after coming off the bench just minutes prior. Three minutes later, Elon scored again. Senior right back Nathan Diehl scored after getting on the end of a corner kick.

Elon went into halftime with their 3-goal lead, but didn’t the foot off the gas pedal in the second half. In the 50th minute, Alvarez scored on a shot from 25-yards out to extend Elon’s advantage to 4-0.

The Phoenix nearly extended its lead to five in the 59th minute. DePaul’s goalkeeper managed the slightest of touches to deflect away a shot from sophomore forward Elijah Agu.

Jegier wasn’t called into action much in the second half, but did manage a pair of saves in the 64th and 72nd minute to maintain the clean sheet.

The Phoenix will wrap up its participation at the John Rennie/Nike Classic on Sunday, Aug. 30 when they face the Saint Mary’s College of California at noon.