App of the week: Duolingo 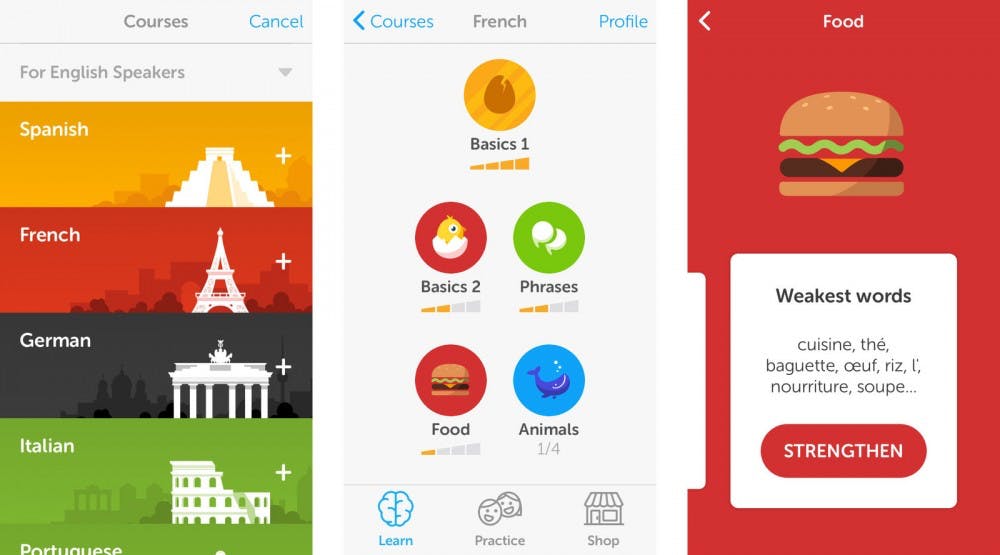 The language learning tool Duolingo can be used online or on any smartphone or tablet and it's helping people learn languages all over the world.

Learning a new language can be intimidating and difficult, but Duolingo makes it easy and fun according to Elon senior Meagan Schrock. She started using Duolingo last spring and practices a little bit every day.

"I like Duolingo because it's free and unlike Rosetta stone you can take multiple languages at once," she said.

Schrock is double majoring in drama and theater studies and music and hopes to become a professional opera singer. To achieve that goal, that means she needs to be able to sing in several different languages including French, German and Italian.

"I want to go to grad school for vocal performance and hopefully be an opera singer," Shrock said. "So you need to practice for hours and hours and have knowledge of language and diction."

Duolingo is free and offers free training in 21 different languages including Portuguese, Russian and Hebrew. Duolingo is designed to keep you on track every day with push notification and reminders for encouragement. The tool includes short lessons and modules that are effective, fun and addicting.

"For someone like me, being a double major, it's been really hard to fit in those language classes, so something like Duolingo has been fantastic," Shrock said. "I can work on the languages on my own and kind of self pace and fit it around my schedule."

Shrock said she has had a lot of success using Duolingo.

"I definitely understand a lot easier what I'm singing and my diction has gotten better," she said. "I think I've improved a lot."

It's not just Shrock. Duolingo is proven to be effective. An average of 34 hours of Duolingo is equivalent to a full university semester of language education, according to an independent study conducted by the City University of New York and the University of South Carolina.

"Especially if you're studying abroad and you can't take that language as a class, I think it's such a great resource and it paces you and you can go back and review stuff, so I just think it's great," Shrock said.

Dulingo was also voted one of TIME Magazine's must-have back to school apps.

Elon Local News reached out to World Language and Cultures professors here at Elon, several whom said they encourage students to use Duolingo as a way to practice their skills outside of the classroom.