Four-year-old steps up to the bat for Elon baseball 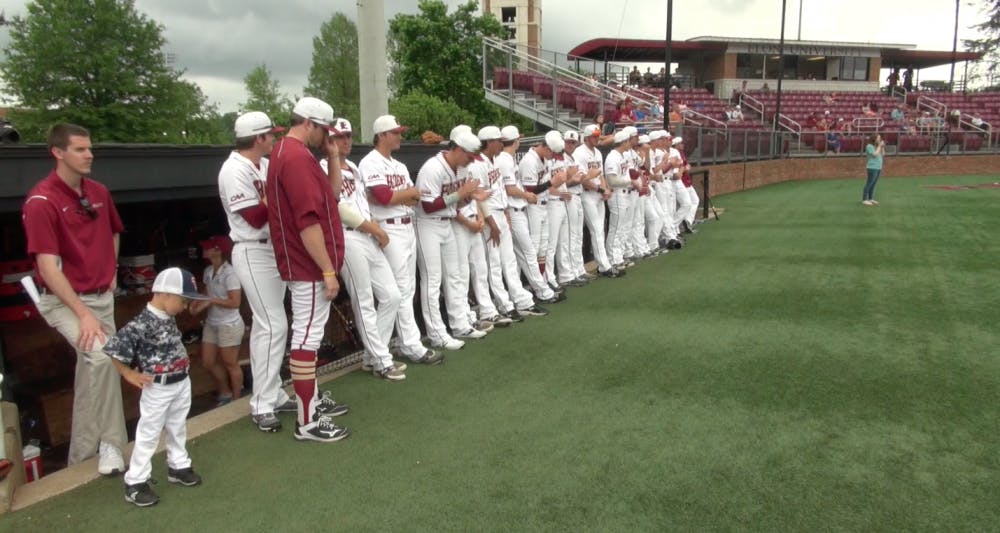 The Elon University baseball team welcomed a new face to the dugout Sunday afternoon before finishing out its weekend series versus Delaware. Four-year-old Braxton Ware, winner of the Phoenix Experience, got to live his dream of playing as a member of the Phoenix in the final home game from Latham Park for the season.

"It's nice to get him out and actually get out on the grass and the turf," said Phillip Bolton, Braxton's father. "When we told him he was going to meet Casey Jones and the team he was pumped."

According to Ward, Braxton is the biggest Casey Jones fan there is. He has a blown up poster of the Phoenix Infielder in his bedroom and a signed baseball card that he forced his mother to allow him to bring to preschool.

When asked what his favorite part of Jones' game was, Braxton responded with, "hitting home runs." Jones went 2-4 with 2 RBI including a home run in his final at bat in the ninth inning.

While the Phoenix lost to the Blue Hens 11-9, Head Coach Mike Kennedy said it was a pleasure having Braxton around. "He's a fun kid," said Kennedy. "He was having a lot of fun with our guys."

Braxton is 14 years out from graduating high school, but Bolton and Ward think Elon baseball could definitely be in their son's future.