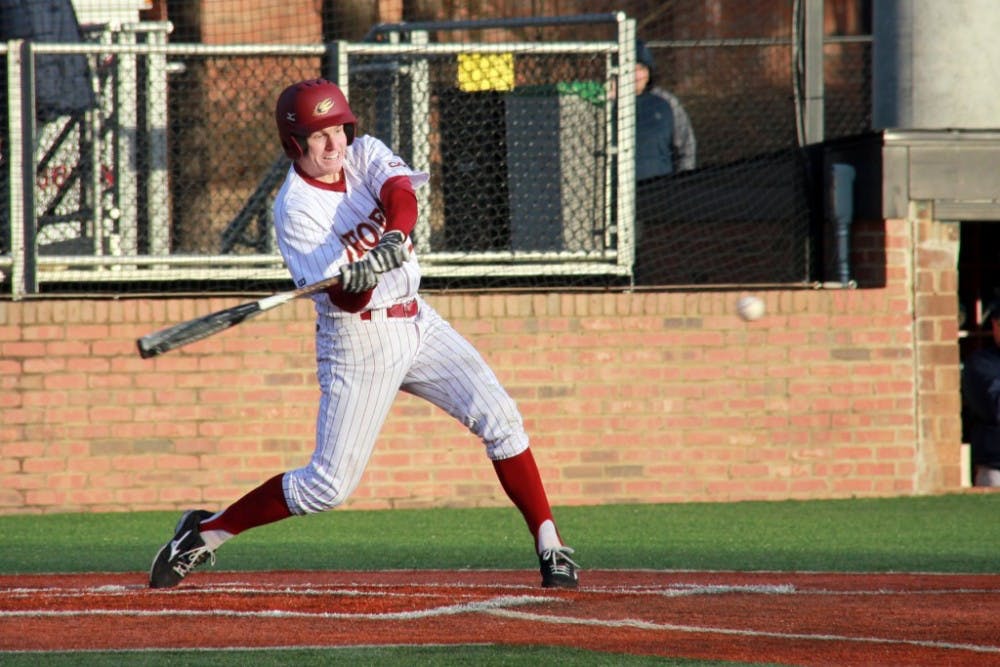 After making his first start in more than a month, Elon University junior baseball starting pitcher Michael Elefante squared off against the College of Charleston Thursday in the second day of the Colonial Athletic Association Tournament. He could not silence the CofC bats in his five innings of work, leading to a 9-0 loss.

Elefante finished the night having allowed five runs, three of which were earned, on six hits and a walk. College of Charleston quickly got on the scoreboard in the bottom of first inning after a leadoff double and a two-out single. The Cougars stretched the lead to two by scoring another run in the fourth. But the breakout inning occurred in the fifth when they drove in three runs.

The Cougars' offensive success continued in the latter half of the ballgame following Elefante's exit. They tacked on two runs in the sixth and one in the seventh and eighth.

As the Phoenix struggled on the mound, it experienced difficulties at the plate. CofC starter Taylor Clarke improved his season record to 13-1 by delivering a brilliant performance.

Elon senior Casey Jones went 2-for-3 while the rest of the team went 1-for-26 (.038). Clarke was one out away from securing a complete game but was taken out by head coach Monte Lee after surrendering a double to Jones. Clarke finished the night with 10 strikeouts, no walks and three hits.

The loss puts Elon on the brink of elimination as the team will need to emerge victorious against the University of Delaware Friday at 10 a.m. On Wednesday, Elon got a dramatic 7-6 comeback win against Delaware by scoring five times in the bottom of the ninth.