Nick Beaulac is succeeding as a routine starter 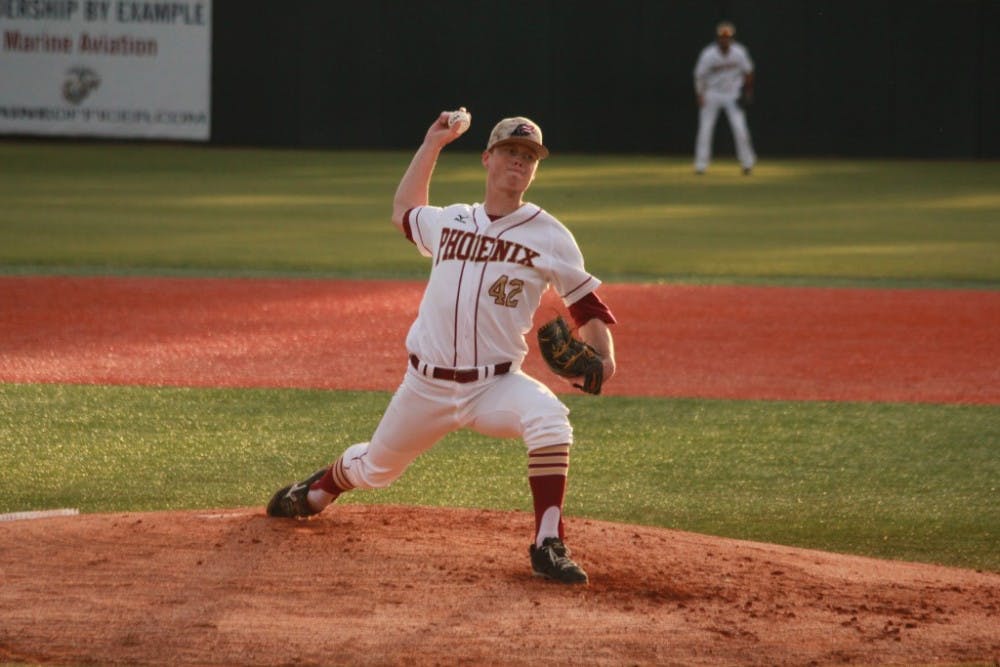 The road to starting has been a difficult journey for Elon University sophomore Nick Beaulac.

He narrowly got cut before the 2014 regular season. He underwent surgery before pitching at the varsity level. But he persevered through the challenges.

“He was a kid who was a walk-on that has been through some trials and tribulations with having surgery and being cut,” said head coach Mike Kennedy. “You could go through a list of things, and he’s kind of just stayed the course.”

Beaulac’s first obstacle was making a smooth transition from high school to college. According to Kennedy, Beaulac didn’t understand the complexities of Division I Baseball and the amount of time it took to prepare for a game.

Over time, Beaulac worked harder to land a spot on the roster and become a routine pitcher.

He started in relief at the beginning of the season, but was thrust into a starting role after two of the Phoenix’s regular starters suffered injuries.

Over the course of the baseball season, the team has struggled to generate consistency on the mound. In the wake of recent injuries to starters Matt Harris and Michael Elefante, Beaulac had to tackle a bigger leadership role.

He debuted as starter April 18 at Towson University.

In five innings of work, Beaulac was rocky. He walked five batters in a 92-pitch outing. While his high pitch count forced him to exit the game early, he struck out nine batters and only allowed one run on two hits.

“I just needed to realize that I got to trust my defense,” Beaulac said. “If I pitch to contact, my defense can make plays behind. So I’ve just got to get more comfortable pitching.”

Kennedy saw enough potential in Beaulac and decided to have him start Friday against the nationally ranked, CAA-leading University of North Carolina at Wilmington.

But there are still some adjustments that need to be made on the hill.

“I guess I’m still trying to get comfortable out of the windup,” Beaulac said. “I’ve been out of the pen most of the time, but I settled in after a while.”

While he looks to improve on the mound, he feels more confident knowing he has a strong offense able to support him.

In his two starts he notched the win thanks to his hitters. At Towson, the Phoenix generated 13 runs on nine hits. When playing UNCW Friday, Elon scored 14 runs. With his win Friday, he improved his overall record to 4-1 and lowered his ERA to 4.19.