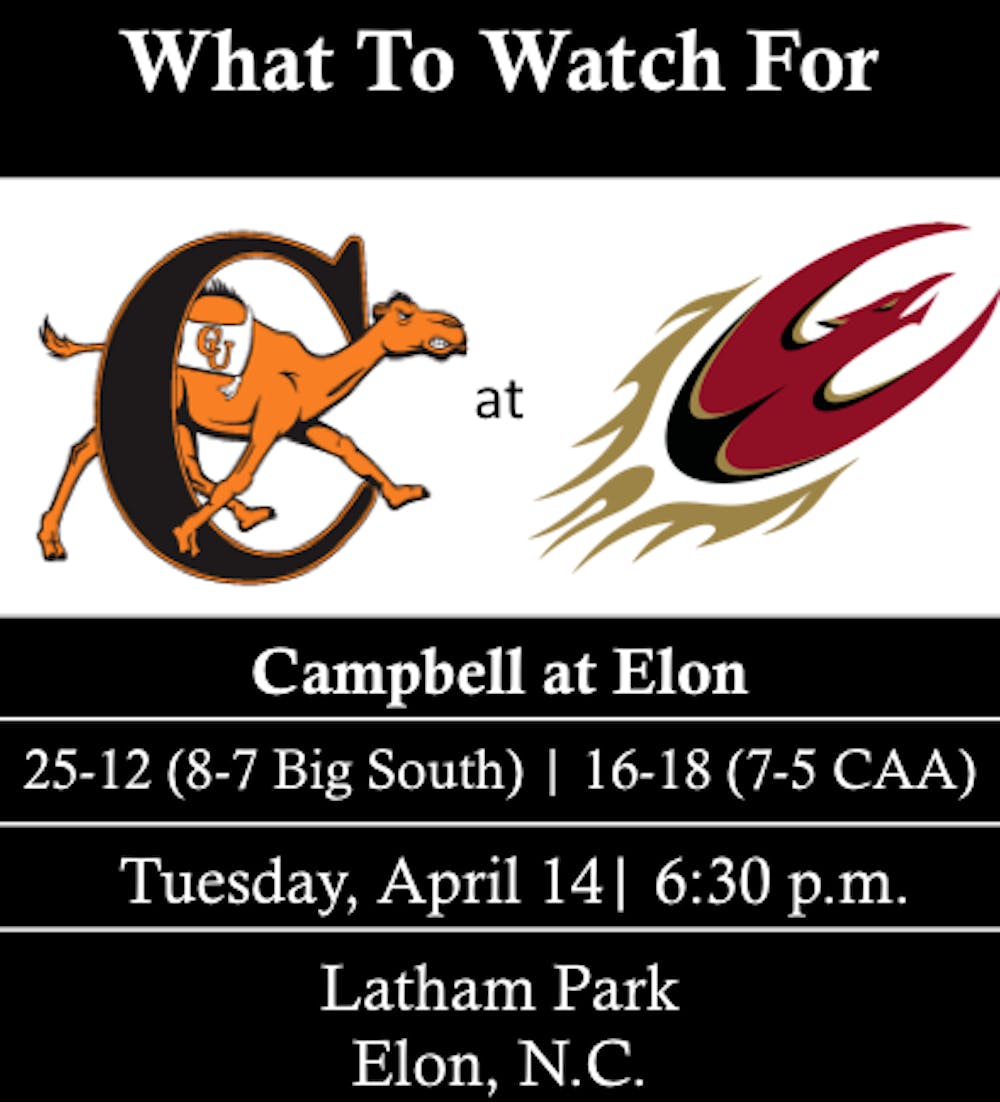 A critical error and five-run bottom of the sixth inning led the College of Charleston Cougars baseball team to an 8-3 win against the Elon University Phoenix on Sunday.

After handing the Cougars their first loss in the Colonial Athletic Association on Saturday, the Phoenix found itself in an early three-run deficit.

Elon senior Lucas Bakker had a rough start to the game by allowing a walk, a double and a single to the top of the order in the bottom of the first inning to put the Phoenix in a quick 1-0 hole. When Bakker recorded his first out of the inning on a sacrifice fly to center field, the deficit increased to two. After a single, hit by pitch and an RBI fielder's choice, the Cougars closed out the first frame with a 3-0 lead.

But the Phoenix refused to go down quietly.

Senior Ryan Cooper drove a triple down the right field line and scored on a groundout to second. Elon struck again in the top of the sixth with a little help from a Cougar error.

Phoenix senior Quinn Bower led off the sixth band reached first base on a throwing error by Charleston third baseman Carl Wise. Later in the inning, with one out and runners on first and second, senior second baseman Casey Jones hit an RBI single to left field. Cooper then singled to right to tie the game at three apiece.

When playing against a team like the Cougars, a single mistake can make all the difference. That one mistake proved to be the difference in the bottom of the sixth as Charleston scored four unearned runs.

With two outs, runners on first and second and Wise at the plate, Elon senior shortstop Andy Moore dropped a fly ball to give the Cougars a 5-3 lead. Charleston capitalized on the mistake with three additional runs from three consecutive hits. Though the Phoenix had nine outs to work with, it could not generate a comeback.

With the loss, Elon drops to 16-18 (7-5 CAA) while Charleston improves to 24-8 (11-1 CAA). The Phoenix will look to rebound from this loss in time for a non-conference game at home against Campbell University. Although rain is forecast for Tuesday, the game is scheduled to start at 6:30 p.m.