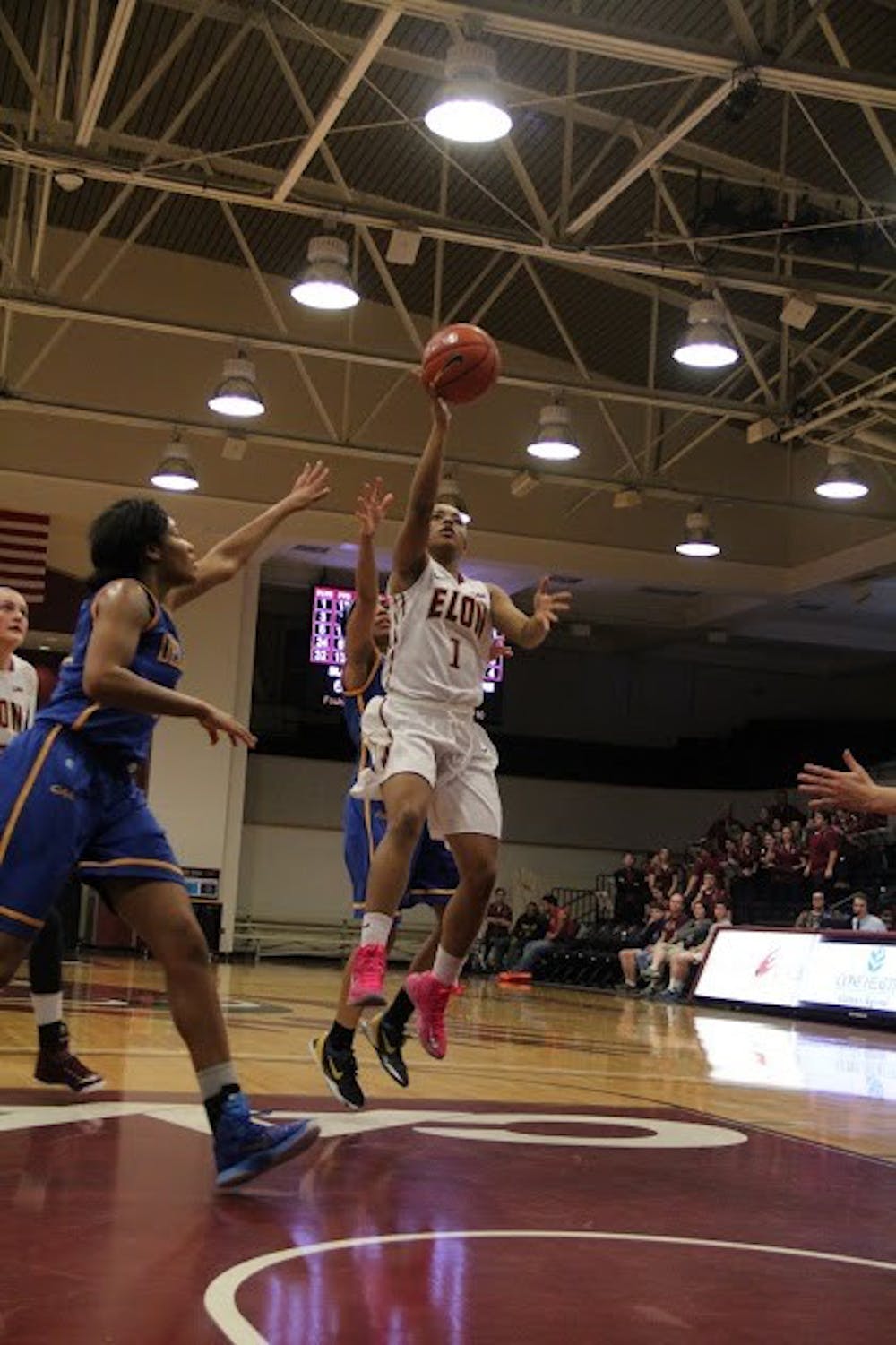 For the second time this season, the Elon women's basketball team went into overtime -- and for the second time in as many tries, freshman Shay Burnett took over as the Phoenix defeated Delaware 77-76 Wednesday, Mar. 4 on senior night in Alumni Gym.

Burnett scored six of the Phoenix's 10 points in OT to help lead her team to a victory and a two-way tie for third place in the Colonial Athletic Association standings with Hofstra. She finished with 19 points

The Blue Hen's had opportunities to win the game at the end of regulation and overtime, but could not make the necessary basket. Delaware's Erika Brown's layup rimmed out as time expired in the second half and in overtime the Blue Hens missed two shots in the final 25 seconds.

The Phoenix (18-11, 11-7) shot 26-of-62 (42 percent) from the field including 6-10 from beyond the arc. Elon out-rebounded Delaware 46-38, and the Phoenix's bench finished with a 32-8 advantage over Delaware's bench. Autumn Carter and Zora Stephenson were the only other players for the maroon and gold to finish in double figures, scoring 13 points a piece.

The Blue Hens (13-16, 8-10) shot 44 percent from the field and scored 36 points in the paint. Four Delaware players finished in double figures, led by Joy Caracciolo with 21 points.

It wasn't the best of starts for the Phoenix, who trailed 9-0 to start the game. Five points by Lauren Brown and a three by Stephenson brought to score to within three, 11-8, with just over 14 and a half minutes left in the first half. But Delaware continued to score, pulling away to an eight point lead at the 8:14 mark. The Blue Hen's shot 50 percent from the field in the first half and went into halftime with a 37-32 lead.

Elon responded in the second half, going on an 8-0 run to take its first lead of the game, 40-37. Stevenson knocked down two triples in the opening two minutes of the half. Delaware would eventually climb back and tie the game at 47. Both teams continued to go back-and-forth in the second half and extra time.

The fourth seeded Phoenix now looks to next weekend's CAA tournament quarterfinal matchup with the number five seeded UNCW. That game will be on Friday, Mar. 13 at 2:30 p.m. from the Show Place Arena in Upper Marlboro, Md.