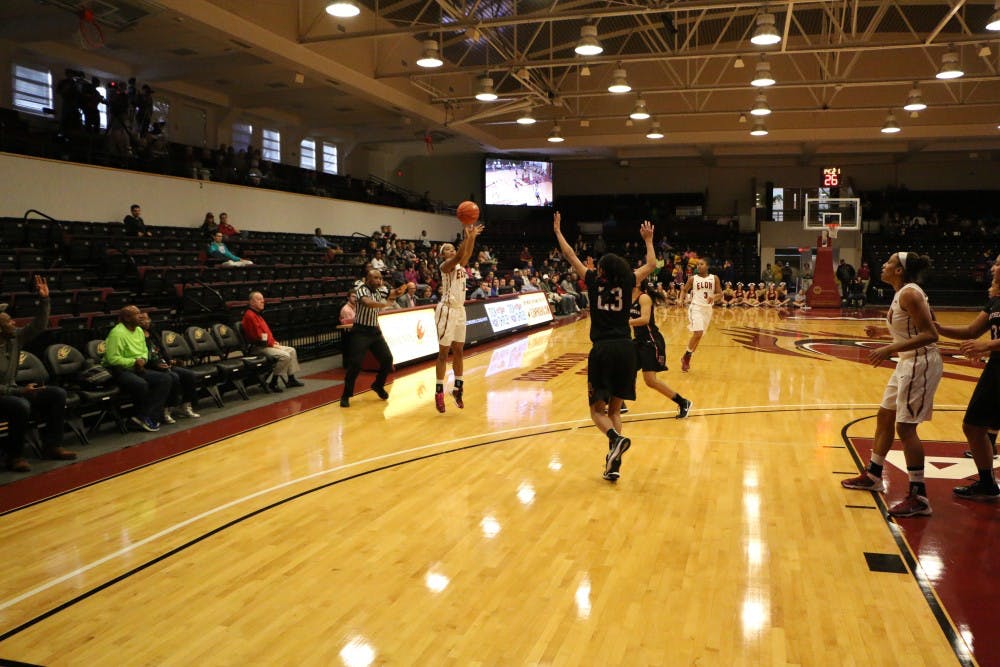 Senior Zora Stephenson led the way with six three-pointers made. She finished the game with 18 points.

In addition to shooting 63 percent from beyond the arc, the Phoenix shot 58 percent from the field, led by sophomore Jennifer Rhodes who scored a game high 19 points and brought down four rebounds.

The Phoenix dominated the boards, out-rebounding the Tigers 36-28. Shay Burnett led Elon with six rebounds. The Tigers never led in the game.

Up next, the Phoenix travels to Charleston, South Carolina to face the Cougars from TD Arena on Feb. 8.