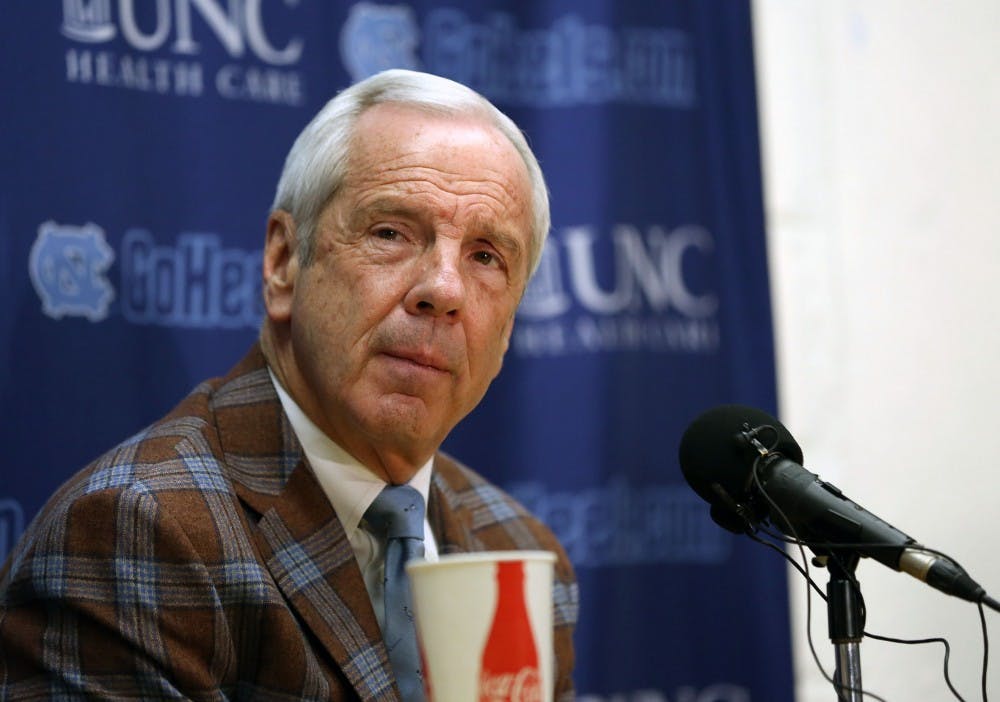 "Coach Dean Smith passed away peacefully the evening of February 7 at his home in Chapel Hill, and surrounded by his wife and five children," said the Smith family in a statement. "We are grateful for all the thoughts and prayers, and appreciate the continued respect for our privacy as arrangements are made available to the public. Thank you."

In his 36 years of coaching, Smith's career record at UNC was 879-254. He set a Division I record for most wins in men's basketball history, surpassing Kentucky's Adolph Rupp's 877 wins with a victory over Colorado in the 1997 NCAA Tournament.

"Coach Smith has a legacy that touched basketball and will be around forever," current UNC Men's Basketball coach Roy Williams said. "Guys have heard me say many times that I think Coach Smith was the best there's ever been on the court."

In addition to all the victories, Smith is well known for being the first coach to recruit an African American scholarship player to UNC, Charlie Scott.

Smith was selected into the inaugural class of the National Collegiate Basketball Hall of Fame in 2006.