Elon rallies to defeat Longwood 10-7 on the road 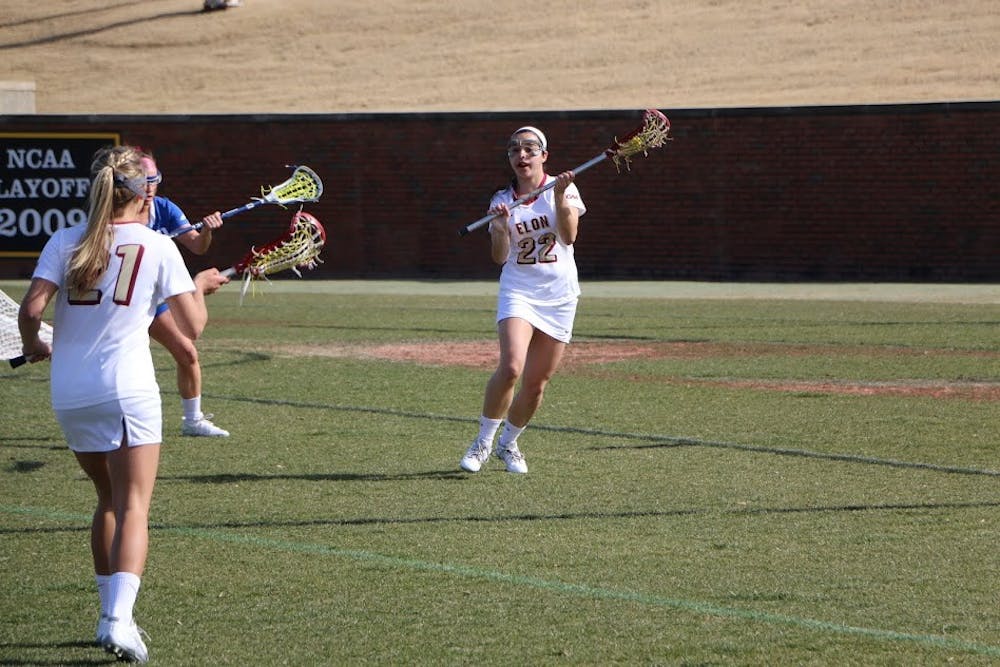 After trailing Longwood 3-0 early in the first half, the Elon Women's Lacrosse team bounced back to defeat the Lancers 10-7 on Saturday, Feb. 14 at the Longwood Athletic Complex.

Longwood jumped out to an early 3-0 lead in the opening six minutes before Jacie Cooper scored Elon's first goal at the 14:51 mark. After a clear by Rachel Ramirez, Sinacori added another goal for the Phoenix bringing the score to 3-2. At the 7:13 mark, Molly Garrigan would tie the game with a goal off a Sloane Kessler assist.

The Lancers responded with two goals to take the lead back 5-3, but goals by Asher and Abby Godfrey in the final minute tied the game heading into the break.

In the second half, Asher netted her second goal of the game to give Elon its first lead of the game. Moments later, Anna Vitton scored her first goal of the contest to give the Phoenix a 7-5 lead.

Longwood would rally back to bring it within one before Asher and Dupere scored two more goals, further extending the Phoenix lead.

Elon went on to defeat the Lancers by a final score of 10-7.

Up next, Elon will travel to Florida next weekend to play for Atlantic Sun Conference foe Jacksonville on Friday, Feb. 20 at 7 p.m.