Elon falls behind early, can't climb back against No. 8 Duke 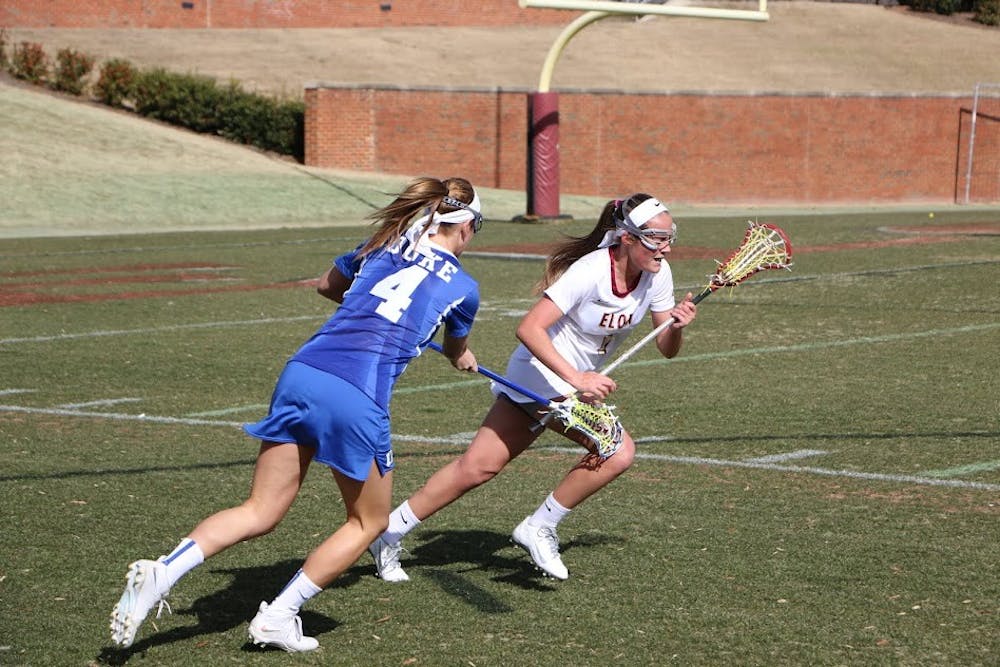 The Elon Women's Lacrosse team looked to play spoiler against the eight ranked Duke Blue Devils Saturday afternoon, but came up short in a 17-8 defeat in Rhodes Stadium

Elon (1-1) got two goals a piece from Sloane Kessler, Molly Garrigan and Stephanie Asher in the contest. The Phoenix out-shot Duke (1-0) in the second half, 6-5.

The Blue Devils jumped out to an early 3-0 lead before Nicole Sinacori netted Elon's first goal at the 6:27 mark in the first half. Duke would go on another run and lead the Phoenix at halftime by a score of 12-2.

Elon looked to rebound in the second half and got help early with a goal by Lane Huger. After a free-position goal by Duke, Elon got back-to-back goals from Kessler and Garrigan to cut the deficit to nine with just under six minutes of play. The two teams would trade the final four goals back and forth.

Elon struggled in the possession game, only hauling in nine draws to Duke's 18. The Blue Devils outshot the Phoenix 37-16.

Duke moved to 2-0 all time against Elon, with Saturday's victory being the one year anniversary of the Phoenix innagural game against the Blue Devils

Up next, the Phoenix will travel to Farmville, Va. to take on Longwood University on February 14.