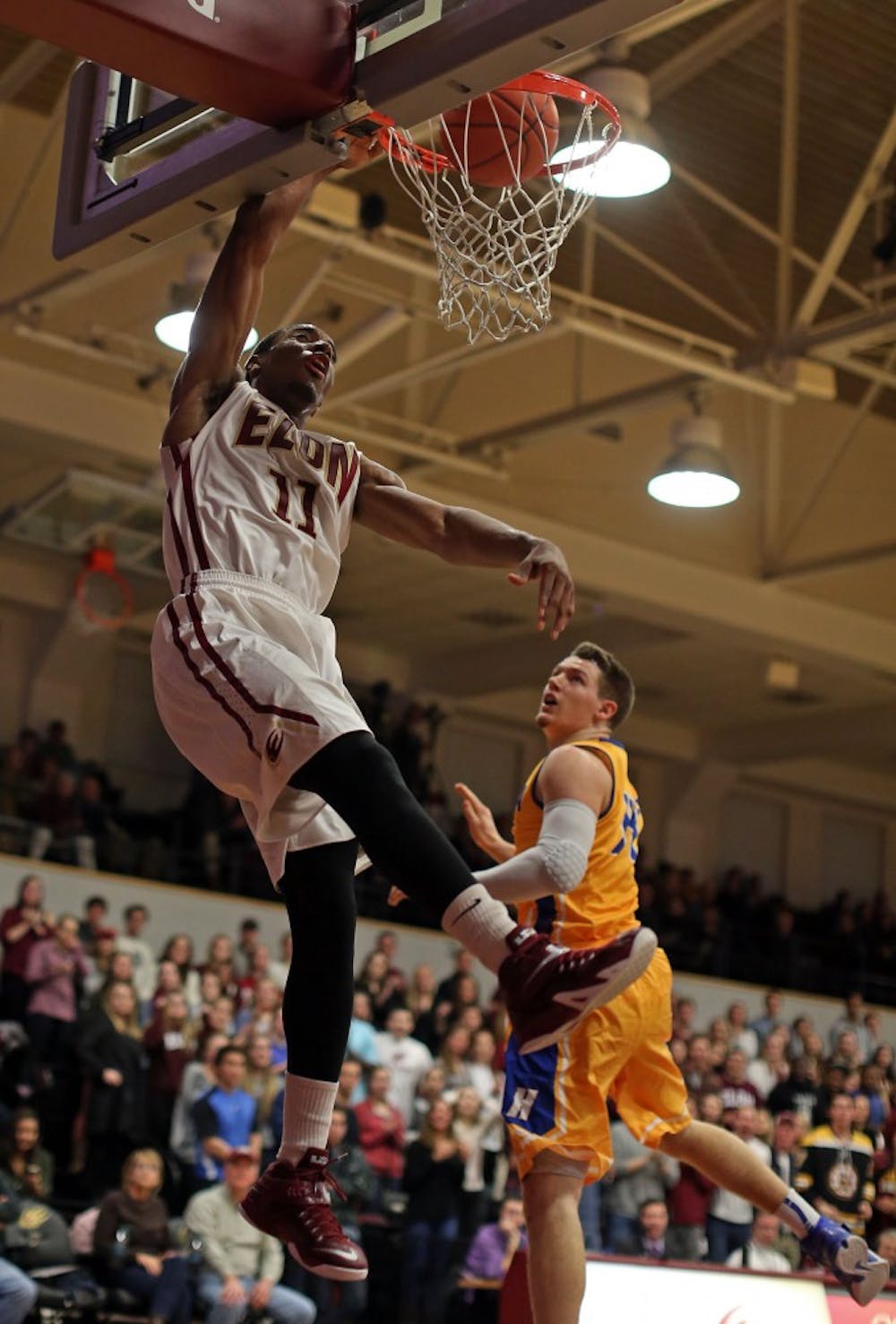 A last-minute comeback attempt fell just short for the Elon University men's basketball team as the Phoenix pulled within three with seconds remaining but couldn't finish off in a 67-63 loss to Drexel at Alumni Gym on Thursday night.

With 13.7 seconds remaining Austin Hamilton sank two free throws to pull Elon within three, 66-63. On the ensuing inbound pass Elijah Bryant tipped the ball away and leaped out of bounds after it, almost getting a steal for the Phoenix with 10 seconds to go.

Elon almost grabbed a steal on the next inbound pass as well, as defenders swarmed the ball, but Kevin Blake was called for a foul sending Damion Lee to the free throw line where he made one-of-two to put the Dragons up four.

A Christian Hairston three on the other end fell short and Drexel was able to avenge its 77-67 loss to the Phoenix earlier this season.

Drexel jumped out to a big lead early in the game, going up 20-10 less than eight minutes in. Elon struggled to stop the Dragons throughout the first half, and Drexel went into the break up 31-26.

"Drexel came out and played really well in the first 12 minutes to put us on our heels," said Elon head coach Matt Matheny. "We've been struggling to get stops when we need to. We took a step forward, but we didn't get the victory tonight. We have to keep our heads up and keep fighting."

The Dragons had four players in double-figures as Lee, Tavon Allen, Sammy Mojica and Mohamed Bah scored 16, 14, 14 and 10 points respectively.

Tanner Samson had a game-high 22 points on 8-of-13 shooting for Elon. Austin Hamilton was the only other Phoenix player to score in double-digits, adding 10 points and eight assists.

Elon looks to end its slump on Saturday when it heads to Hempstead, New York to take on the Hofstra. The Pride beat Elon 79-61 at Alumni Gym on Jan. 10.