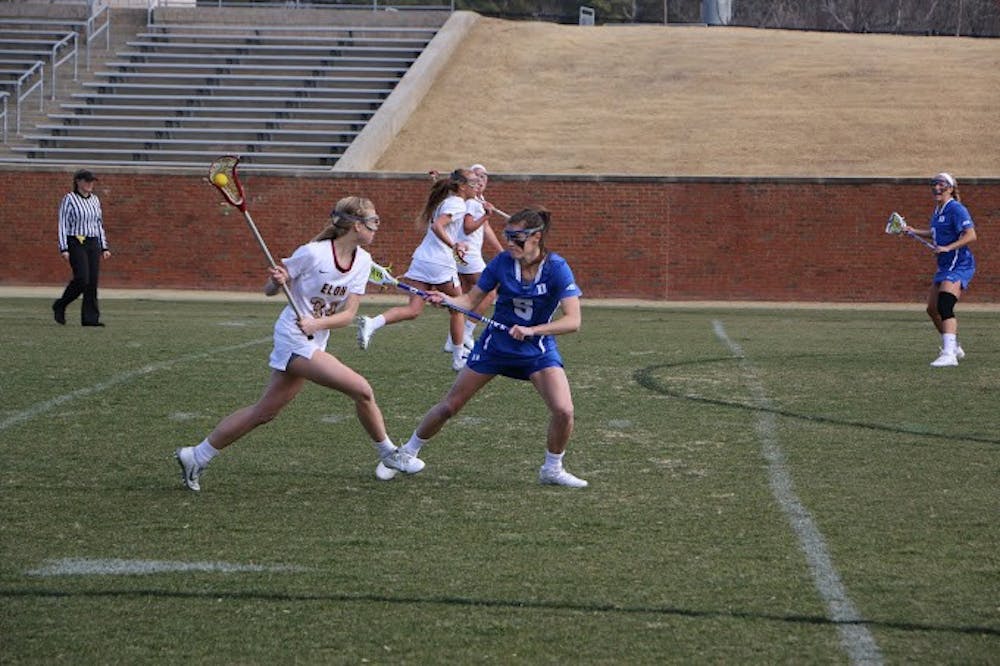 The Elon women's lacrosse team rebounded after a tough loss to Jacksonville on Friday with a strong win over Stetson, 16-5, on Feb. 22 to wrap up its weekend in the sunshine state.

Stephanie Asher, the reigning CAA Rookie of the Week, continued her hot start to the season, scoring a season-high six goals and three assists on the day to finish with nine points.

Asher got things started for the Phoenix, scoring her first goal of the day at the 28:08 mark after picking up a ground ball off a missed free position shot. On the ensuing draw, Asher came down with the ball and marched upfield to net her second goal and give Elon a 2-0 lead.

Stetson responded with two goals of its own before Sloane Kessler broke the tie to give the lead back to the Phoenix. Asher scored her third goal of the afternoon with 23:45 left in the half after Kelsey Dupere forced a Haters turnover.

By the 12 minute mark, Elon jumped out to a 7-2. Asher and Godfrey netted two more goals for the Phoenix in the closing minutes of the first half to give Elon a 9-4 lead at the intermission.

Stetson would score only one other goal in the contest, while the Phoenix added six. Sinacori and Asher each netted two more goals before Anna Vitton finally made it into the scorers book with a goal at the 11:22 mark. The final goal for Elon came from Stack with 2:46 remaining in the game.

Up next, Elon travels down the road to Chapel Hill to take on the No. 2 ranked North Carolina Tar Heels on Sunday, Mar. 1 at 1 p.m.