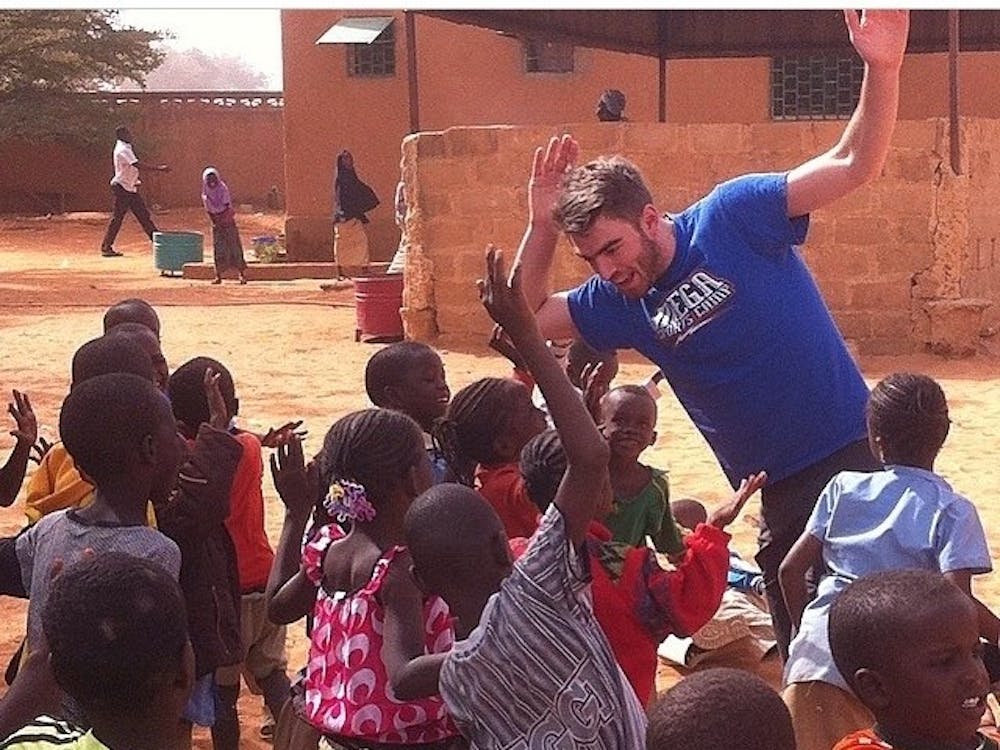 More than one thousand students studied abroad in dozens of countries this winter term. Elon Sophomore, Keller Biswurm decided instead to spend these weeks in Niger on a missions trip. However, he did not expect to experience riots and fires threatening his own home and village.

At least ten people have been killed and more than fifty churches set on fire since protests started over Charlie Hebdo's depiction of the prophet Muhammad on a magazine's cover.The French Magazine released the latest issue with Muhammad after a terrorist attack on the magazine at the beginning of January left 12 dead. Biswurm has seen the riots first hand in the capital of Niamey. Military servicemen escorted Biswurm to the Safety of the US Embassy.

I spoke to Biswurm over FaceTime to hear about his firsthand experiences. Keller recalled on the original attack.

"And then 10 soldiers come out with AK47s and surround our car. So my one friend pulls out his military ID and explains to them and so they say 'ok, ok.' So they leave but you could tell that they were really on high alert," Keller said.

There was good reason for the high alert with incoming news of more destruction throughout Niger.

"...And so we're sitting there getting call after call about churches burning, and so at the end of the day, 57 churches burned," he said.

Houses, schools and cars were being burned alongside the churches. Biswurm's own home was threatened on three separate occasions. He says his Muslim neighbors protected his house.

"They actually came out with machetes and said, 'you're not burning this house,'" he said.

Biswurm originally set out on his mission trip to visit more than 300 children at schools and churches in Niger's capital, Niamey, since the beginning of January. He said the kid and families, "know that us Americans come from houses with air conditioning and TVs so they know that we came to Niger just to love them."

The rioters force grew more and more violent, targeting religious groups and figures. Biswurm exemplified this through a story about a pastor who lived just down the street. Rioters were burning down his church and his home yelling, "We have to crucify him!"

Biswurm's only hope is that the people of Niger will not be discouraged by these attacks and destruction.

"And so for me, it's...just so sad. Because of some ridiculous cartoon that has nothing to do with Christianity, these kids have lost a year of school, their school [that was a Christian school], and...now they're scared. They're scared to be faithful," he said.

Even after experiencing all of this violence, Biswurm says he stays hopeful for the city and its people.

"There's goodness that can come from it and for that I'm encouraged."