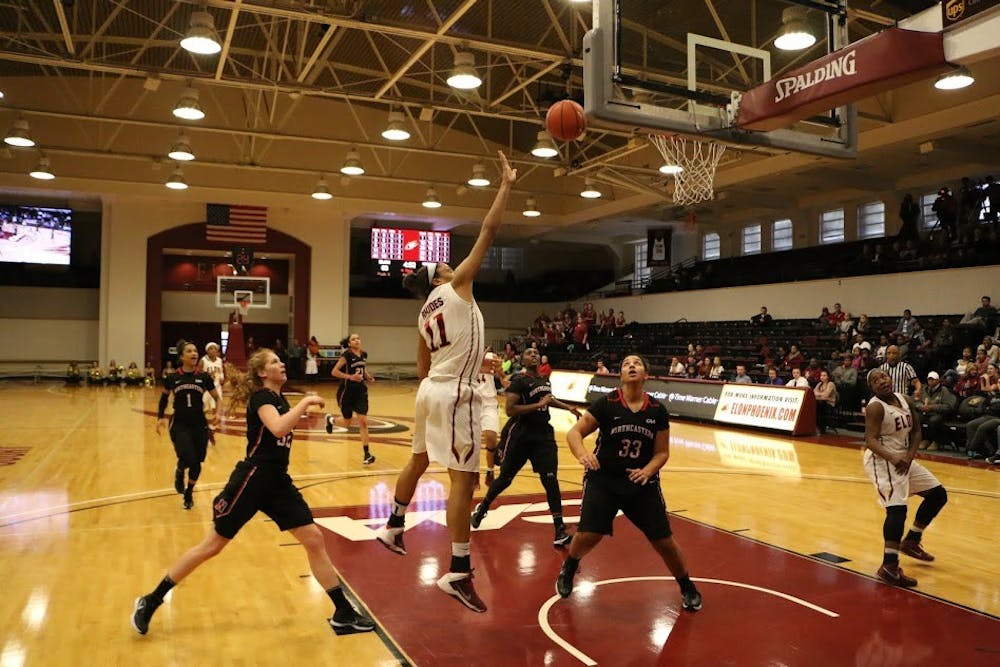 HARRISONBURG, VA. -- With 13:27 left in the first half and the Elon Women's Basketball team down two, Precious Hall, the preseason CAA Player of the Year, hit a three-pointer that looked to take the life out of the Phoenix. That would lead to an eventual 20-0 run by the Dukes as the Phoenix fell in Harrisonburg 89-60 Friday evening.

"You've got two choices: you either fight or you fold," said Head Coach Charlotte Smith, whose team shot 26 percent from the field and turned the ball over 27 times against the Dukes.

Hall finished with a team high 18 points, making four of the Duke's 10 three-pointers. Teammate Lauren Okafor dominated the boards, bringing down 11 rebounds and finishing with 16 points.

After trailing 6-0, Zora Stephenson hit a three pointer that got the Elon offense rolling. After exchanging blows in the opening seven minutes, James Madison went on a roll and never looked back.

"I challenged them (Elon) to come out in the second half and fight," said Smith. "But when you're down in the first half by such a large deficit, it's a hard road to climb."

Shay Burnett was the lone Elon player to finish in double figures with 15 points and six rebounds.

Up next, Elon will travel to Towson, Md. Thursday for its second meeting of the season with the Tigers. The Phoenix defeated Towson 58-43 on January 18 from Alumni Gym.