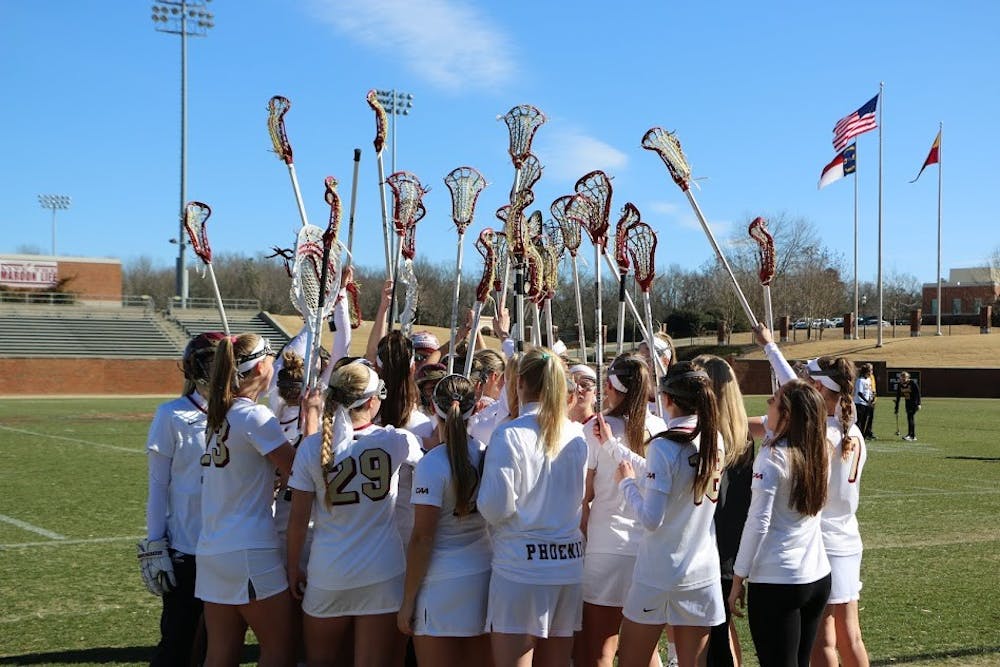 It took just 33 seconds for the Elon Women's Lacrosse team to score its first goal of the 2015 season. After that, the Phoenix never looked back, routing Kennesaw State 24-8 in the season opener from Rhodes Stadium Saturday afternoon.

The 24 goals scored by the Phoenix is the most in program history.

Freshman midfielder Stephanie Asher led Elon with five goals on nine shots. Three of those goals came in the first six minutes of the second half.

The Phoenix jumped out to a 5-0 lead before Sydney Farwick netted the first goal for the Owls. She finished with four goals.

Next up for Elon, the Phoenix welcome local rival Duke to Rhodes Stadium on Saturday, Feb. 7 at 1 p.m.