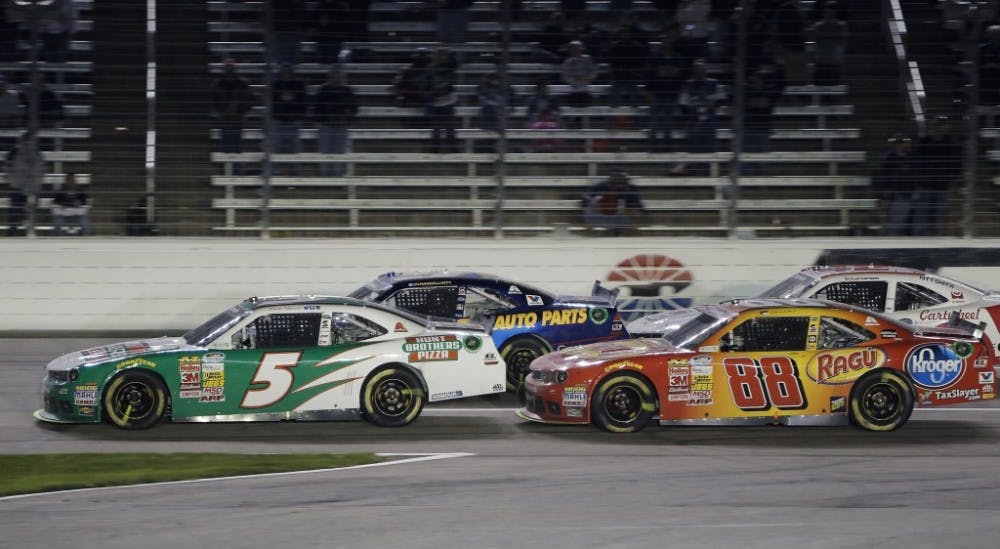 Do you know what channel Fox Sports 1 is on your television? Probably not.

What about ESPN? That’s a little easier.

Fox Sports 1 is the 24-hour all-sports network launched by Fox in August 2013. Rather than give the network its own new channel, Fox Sports 1 replaced SPEED on cable and satellite systems. Following NBC Sports Network (now NBCSN), FS1 became the second “ESPN rival” to launch in an 18-month span. The major difference between the two was the programming. NBCSN’s largest property is easily the National Hockey League, which aired on Versus, the channel that NBCSN replaced. Even though the NHL is one of the “big four” professional leagues, it has a devoted and limited fanbase and seems content with its placement on NBCSN.

Fox Sports 1, on the other hand, loaded itself up with top-notch programming. The channel is now the home of a majority of Fox’s Major League Baseball coverage along with NASCAR racing (including Sprint Cup Series races in 2015) and major (Pac-12, Big 12 and Big East conference) college football and basketball. This programming is all formerly aired on ESPN or the Fox broadcast network.

The early results have not been promising. On April 5, the Los Angeles Dodgers hosted the San Francisco Giants. The game aired nationally on FS1 and drew a 0.4 rating. Two of ESPN’s early season games, Dodgers-San Diego Padres on March 30 and Boston Red Sox-New York Yankees on April 13, drew ratings of 1.4 and 2.1, respectively.

What am I getting at here? People still want to watch baseball, but don’t say, “Let me put on Fox Sports 1!” In years past, the Fox broadcast network aired MLB games all 26 Saturdays of the season but now that number is down to 12. The rating of the 2013 season opener on Fox was a 2.3, a far cry from the 0.4 that FS1 drew.

Of FS1’s large college basketball slate this past season, 74 games drew a 0.0 rating. FS1 and its sister channel Fox Sports 2 (formerly FuelTV) televised the 10 lowest-rated games of the past year. Oddly enough, the highest-rated programming on FS1 has been NASCAR support programming, which helped form the backbone of SPEED. The fact that NASCAR carries the highest ratings on FS1 is similar to the NHL factor — a smaller yet dedicated fanbase.

Additionally, FS1’s Fox Sports Live, a rival to ESPN’s SportsCenter, has been getting dwarfed in nightly ratings by the show it attempts to mimic.

Fox Sports 1 certainly has the programming to make it a challenger to ESPN. The key is to get the word out and draw viewers to the network. The first step in that process is getting the channel covered in full. On the cable system at Elon University, Fox Sports 1 is not carried. Even if I wanted to watch the channel, I can’t. There is still plenty of time for FS1 to establish itself — it is not “do or die” quite yet. But the leagues who signed on with the network have to be questioning themselves. Exposure is down, and their brands are in jeopardy of being compromised.

What does the future hold for Fox Sports 1? Stay tuned.