Elon freshman competes for a spot on 'The X-Factor' 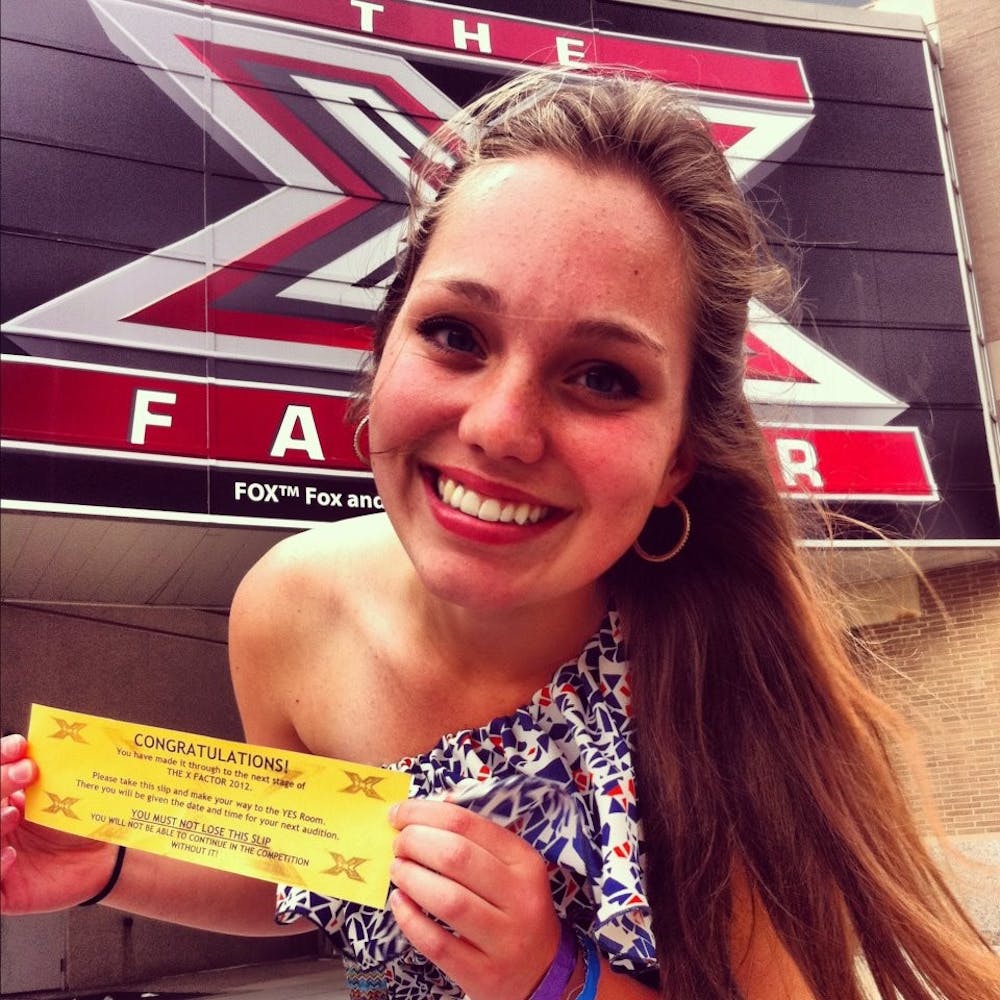 Many Elon students who have a passion for singing join an a-capella group, but Elon freshman Sophie Pearson decided to take her singing talent off campus. She auditioned for a spot on The X-Factor last year.

Pearson made it through three initial auditions in front of the producers of the show, which narrowed the talent to 10,000 to about 80 people. After receiving a call from her own associate producers in Los Angeles, Pearson learned that she made it to the fourth round, which meant she would perform on stage in front of thousands of people, including the show's four judges, Demi Lovato, L.A. Reid, Britney Spears and Simon Cowell.

Pearson was the last contestant to audition that day, and received no's from the judges. She said the biggest struggle through her experience on the show was getting rejected in front of so many people.

"There were tears running down my face and I'm not usually an emotional person, but this experience was just so overwhelming," Pearson said.

Although Pearson failed to impress the judges, she said she wouldn't

"The best thing that came from The X-Factor was that people knew my passion, I didn't have to keep it a secret anymore," she said.

She may not have made it past the judges, but she said she has no regrets and that the experience allowed her to gain the confidence to sing and show everyone her talent. Pearson hopes to bring her singing to Elon by auditioning for an a-capella group or begin writing her own music.