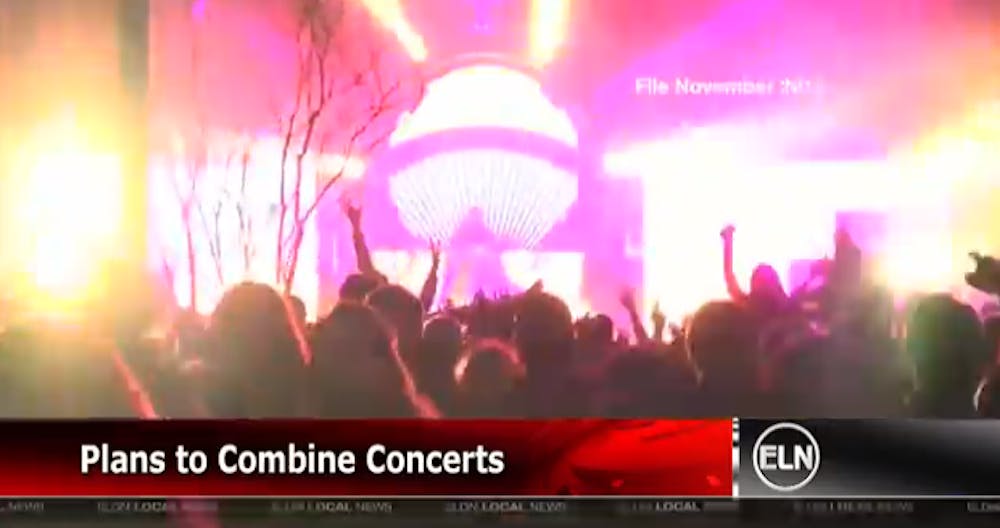 Every year, there are two concerts at Elon. One is in the fall, and one is in the spring, but this tradition might change soon.

The Student Union Board and Student Government Association say they are considering combining the two concerts into one Homecoming show.

SGA Student Body President Welsford Bishopric said he thinks everyone would benefit from combining the shows. SUB has an annual budget of about $140,000, and about half of that amount is allotted for the spring show.

Combining the two could mean more money for a bigger artists, and possibly free tickets, as the Homecoming show has traditionally been free. The downside is a free show would mean no profit from ticket sales.

The change could happen in just a few years.

"It seems like this is something that SUB wants, and I'm happy to make that change," Bishopric said. "I think it's a very smart change. We really went out on a limb this year going all out with the concert like we did. But like I said, the general opinion was that is was a resounding success, so I think it's a good model to move forward with."