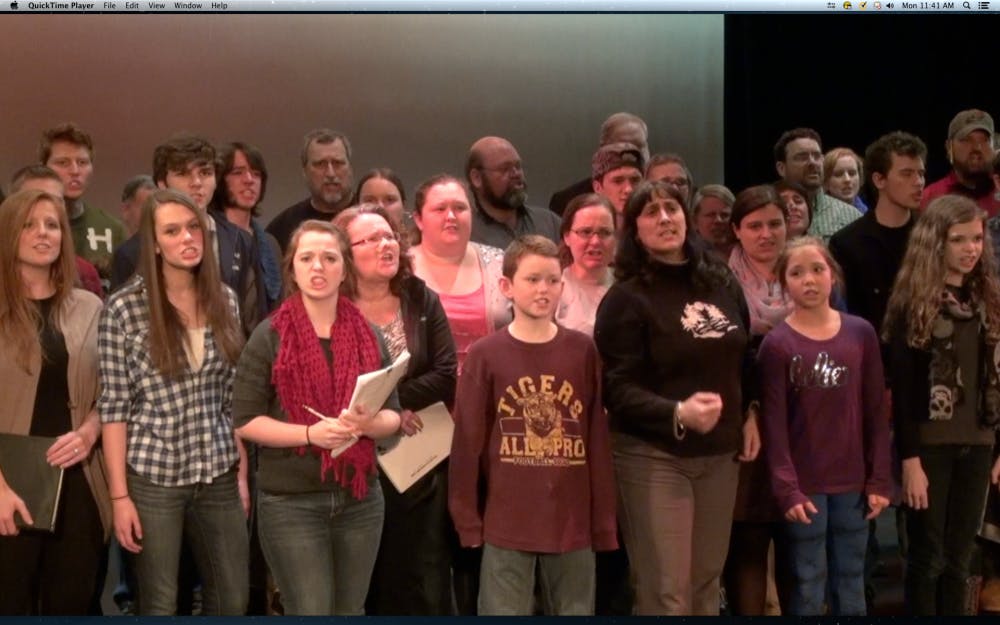 It's a show that audiences love to see and actors dream of performing. Les Miserables is set to make a come back on Broadway this March, but before that it will debut at the Paramount Theater in Burlington. Steffanie Vaughn is the Vice President of Production for the Gallery Players, an Alamance County theater group. She currently serves as the Head Producer of Les Miserables.

" When you are trying to keep your audience and build your audience, you have to do things that are going to push the group," Vaughn said.

Those familiar with musicals know that Les Miserables is one of the most challenging. The entire show is sung. There is no spoken dialogue.

" From a production value perspective it's incredibly large," Vaughn said. "From the talent and the demand on the cast, it requires a lot."

However, Vaughn believes the Gallery Players have what it takes to pull it off. In fact, it was the group's talent that led her to join 20 years ago.

" They were putting on some great shows and I really admired that kind of tenacity and commitment," she said.

The Paramount is only the second theater in North Carolina to host Les Miserables. The show's rights belong to Music Theater International. The Gallery had to request permission and pay six thousand dollars just to perform it. The Paramount Theater has been open for 16 years and Les Miserables is there biggest undertaking yet. It's five weeks from opening night and they've already sold 800 tickets.

"I have to admit, I've run into people that are what I like to call Doubting Thomas," Vaughn said. "They intend to buy a ticket to see if we can actually do this or if this becomes a giant train wreck, but I think they're going to be disappointed because it's not a train wreck."

John Glen plays Javert in the show. He's started performing for the Gallery in 1998.

"I had to audition. There was no question about it. It was a show that is on my bucket list," Glenn said.

The shows director, David Wright, agrees Les Miserables is a once in a lifetime production. For Wright, the most difficult part has nothing to do with directing.

"Keeping from wanting to jump on stage and be apart of it myself," Wright said. "This show is so moving."

The show's popularity led to the Gallery adding three more shows to the schedule. Les Miserables will be playing from Feb. 21 until March 2. Tickets are $15 for adults and $12 for students. Reservations can be placed over the phone at 336-222-8497.