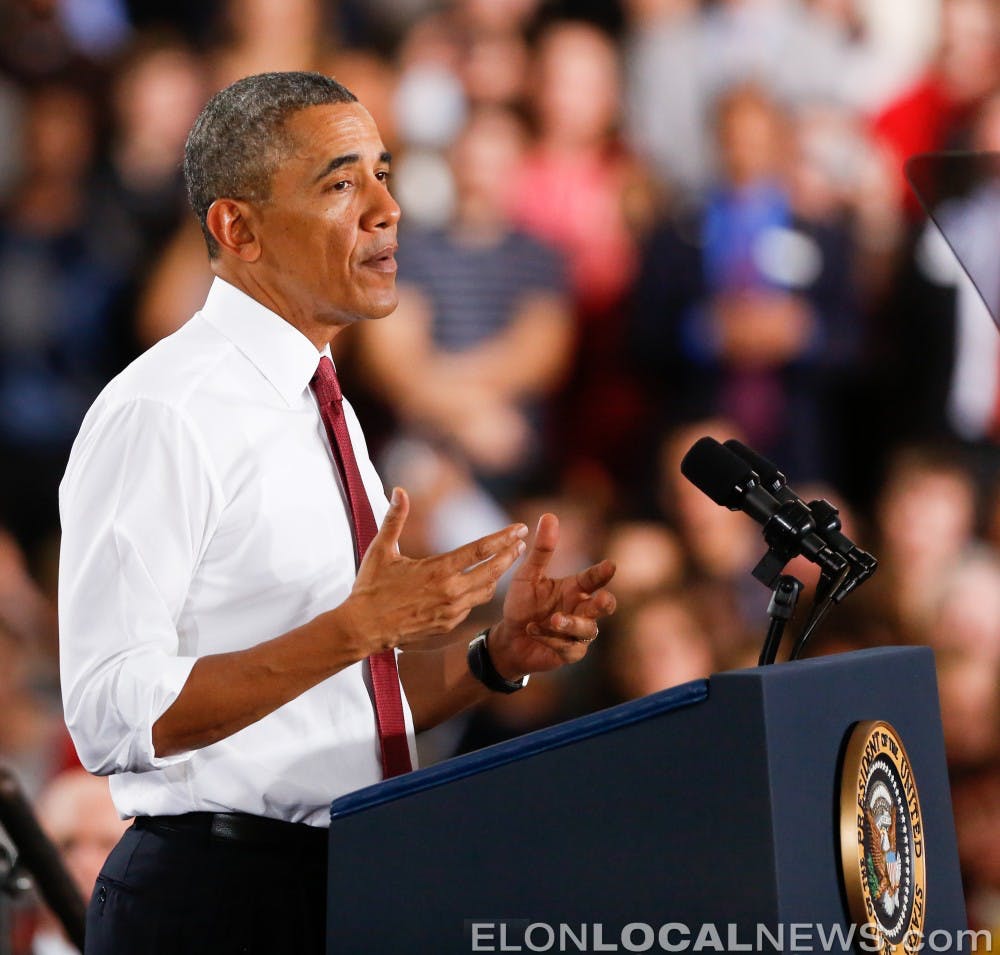 President Barack Obama announced during a speech at North Carolina State University Wednesday that a "Next Generation Power Electronics Innovation Institute" will be built in hopes in strengthening U.S. manufacturing. This is the first of the three such institutes to be announced in the coming weeks. The Innovation Institute will work to develop wide band gap semiconductors, the next generation of energy-efficient chips and devices.

Obama spoke about the need for these innovative manufacturing institutes in his State of the Union address last year. This innovation institute is the second one in the nation, following the first in Youngstown, Ohio. According to Obama, the remaining two institutes announced in the next few weeks will be "focused on digital manufacturing and design innovation and lightweight and modern metals manufacturing."

"Here in North Carolina, factories were shutting their doors, jobs were getting shipped overseas," Obama said. "American workers will be able to come right here, to North Carolina, to learn the skills that companies are looking for."

Obama said he believes that if pushing innovation in the state will bring manufacturing jobs along with it. This new hub is expected to create or sustain 1,000 jobs in its first five years of operation.

Paul A. Lowe, chair of the 5th Congressional District, said he thought Obama's speech addressed a big issue in the state: jobs.

"We want to see jobs come back to North Carolina," Lowe said. "We need jobs. We want to see those manufacturing jobs. People can support their families with jobs that are sustainable."

There is legislation in Congress currently to have 45 of these manufacturing institutes built across the country. The president encouraged Congress during his speech to pass the bills necessary to create these new manufacturing hubs.

The Secretary of Energy, Ernie Moniz, Governor Pat McCrory, Raleigh Mayor Nancy McFarlee and Congressman Mike McIntyre were all in attendance to listen to the president's announcement. Despite Sen. Kay Hagan (D-NC)'s absence at the speech, Obama thanked her for the work she's doing.

Hagan released a statement today saying, "I am pleased the Department of Energy has decided to invest in North Carolina and our world-class university system."

However, the Americans for Prosperity released a video today, which states, "While her buddy Barack is in North Carolina, she's back in Washington, hiding out."

Hagan has not responded to the video as of late Wednesday night.