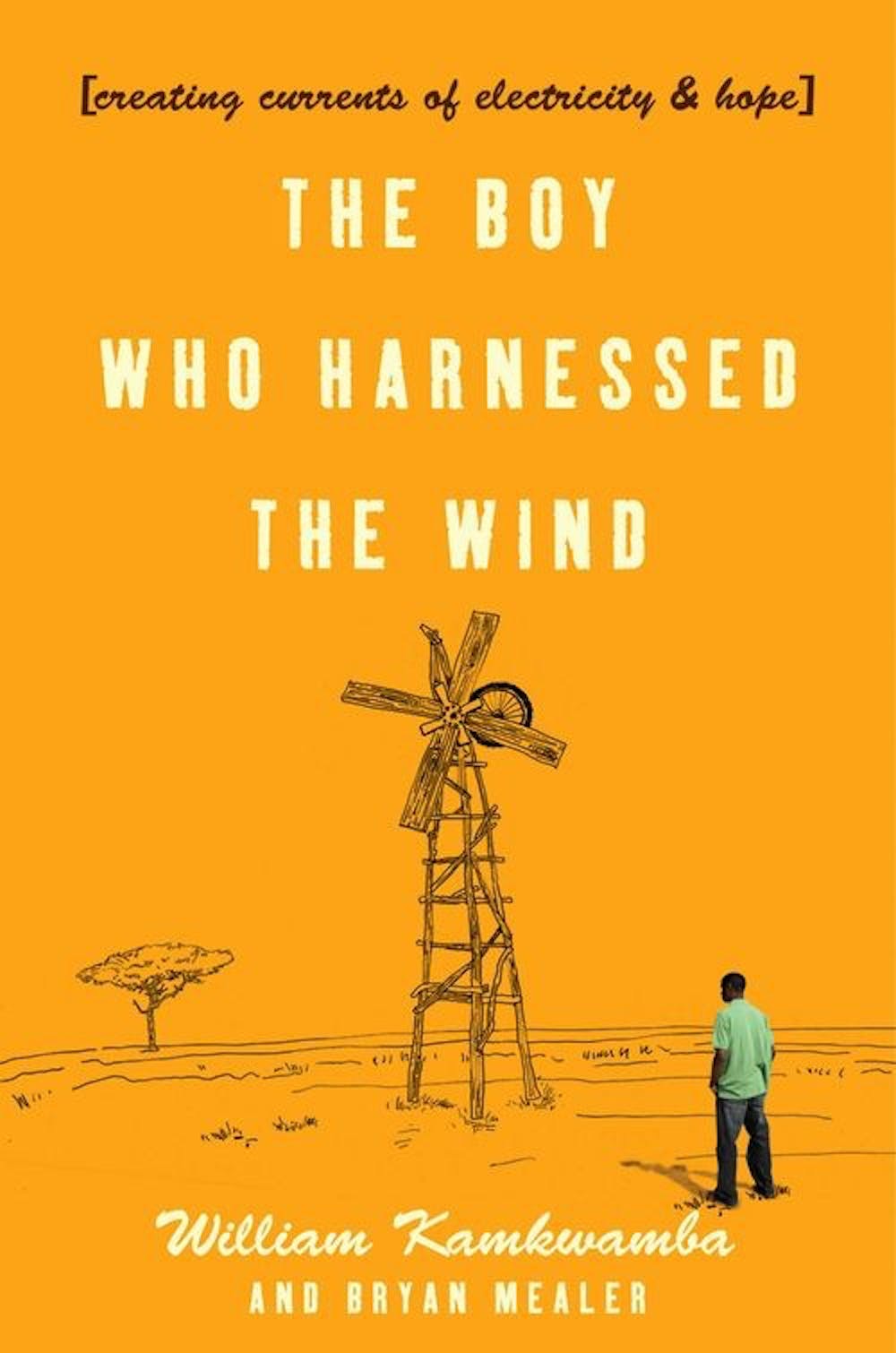 Kamkwamba's culmination comes with the creation of a windmill that brings running water and electricity to his village, a rarity in Malawi.

The recently selected 2014-2015 common reading selection, William Kamkwamba’s “The Boy Who Harnessed the Wind,” is designed to show incoming students the world through the eyes of a boy growing up in third world Malawi, one of Africa’s poorest countries.

The nonfiction book was chosen by the Elon Common Reading Program (ECRP) to combat stereotypes and poverty through ingenuity, according to Jeffrey Coker, chair of the ECRP and director of general studies.

“It’s empowering,” he said. “You look at somebody who is in a disadvantage, but because of their own personality and creativity they’re able to do something extraordinary.”

The boy in the book’s title is the author, Kamkwamba. Born into agricultural poverty in a small village in Malawi, Kamkwamba is forced to drop out of school and watch his fellow villagers drop like flies from starvation caused by a lengthy drought.

To bridge the language barrier, U.S. author Bryan Mealer, best-known for writing "Muck City," co-wrote the book, but the story is Kamkwamba’s alone.

The storyline follows the transformation of an inkling of an idea into a tangible reality: creating a windmill out of discarded junk to supply the village with electricity and running water.

“It takes you from him just reading a textbook that he can hardly read, and he’s looking at these diagrams, and he’s experimenting, and he learns from that to do more, to create a bigger one, more powerful,” Coker said. “It’s as empowering, as inspiring, as it is universal.”

“This is a vital lesson for first year students who are in the midst of figuring out what makes them passionate, and how they can use that to help the world become a better place.,” she said. “I think that my biggest concern freshman year was deciding what truly made me passionate, and how I could use this not just for self gain, but for the overall betterment of society.”

There were practical considerations in selecting the book, too, according to Coker. The university was unable to bring Dave Eggers, author of the 2012-2013 common reading selection “Zeitoun,” a nonfiction work on post-Katrina New Orleans, to campus at the time.

“It was disappointing,” Coker said. “We want to make this about more than just a book students have to read. We want students to see, talk, interact with the author and allow the book to take on a whole new meaning.”

Coker said the 2013-2014 chosen author of “Little Princes,” a whirlwind account of the author's quest to save children in war-torn Nepal, Connor Grennan, exceeded expectations by holding four question and answer sessions, going out to more than one lunch and dinner with students and tweeting with members of the Elon community for days after he visited campus Sept. 16-17.

The ECRP used to announce the common reading selection and then ask the author to visit campus for discussions. But putting the cards on the table put Elon in a “begging position,” Coker said.

“Now when we approach authors and agents we’ll say you might be the common reading if you’re willing to come and interact with Elon students,” he said. “What we don’t want is for an author to come for campus and give an evening lecture and leave. It’s really not effective.”

Kamkwamba and Mealer have already agreed to come to campus next fall, and Coker said their visit should open some Elon eyes.

“We really like William as a role model,” he said. “You combine his remarkable story with a genuine personality, and you get someone who really challenges stereotypes and educates in a way students can relate to.”