The Last Word: Ain't nuthin' but a G thing 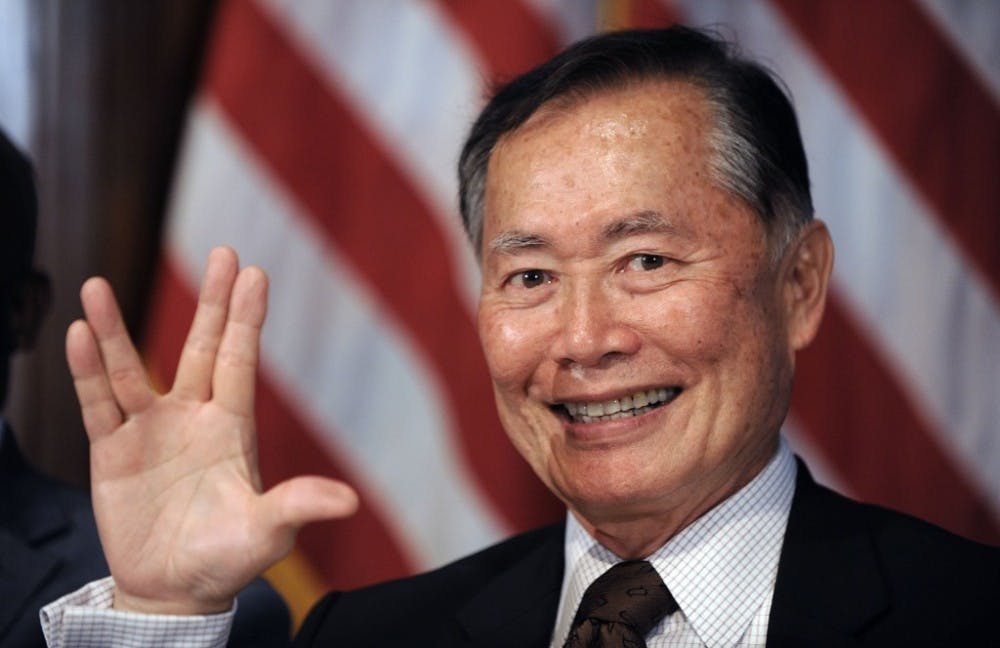 Actor and activist George Takei shows the Star Trek "Live Long and Prosper" sign at a luncheon at the National Press Club in Washington, DC, where he discussed Lesbian, Gay, Bisexual and Transgender issues on Friday, October 18, 2013. (Olivier Douliery/Abaca Press/MCT)

Since coming out to my friends freshman year, I have been fortunate enough to never have faced adversity for my sexuality.

I’ve led as normal a life as any struggling journalism major can lead, and I have never been called the F-word, “queer,” “limp wrists” or any other derogatory name. Nor have I ever had to remind any of my friends not to call me something like that at any point since. However, there was one term I felt the need to distance myself from the moment I came out: “gay best friend.”

This past week, I have unfortunately found myself overhearing the term being thrown around in two different conversations.

Another spent 20 minutes telling one of my friends how she hoped to marry her gay best friend.

“Whatever, he’s still my gay best friend. But he’s gay.”

In case you couldn’t decipher this sentence of Shakespearean quality, her gay best friend is, indeed, gay.

I’m not saying being called a gay best friend is anything close to being called the F-word or has anything to do with my acceptance of my sexuality. But if I spent my day identifying my friends by traits they can’t help, I’d come across as a racist, a misogynist and a zealot.

By calling me or anyone else who identifies as gay, a “gay best friend,” you’re devaluing any sort of relationship I could have with you. You’re refusing to identify us as multi-dimensional human beings.

Yes, I’m snarky, quick to judge and love “Chelsea Lately,” but I also don’t have limp wrists, speak in a high-pitched voice or particularly like Lady Gaga — all things deemed “stereotypical.” Being gay didn’t determine those characteristics. I knew all of those traits about myself before I even realized I was attracted to men. Just like when I talk, I’m not sounding “gay,” I’m sounding like myself.

These stereotypes don’t stem from nothing. While television and other media have recently been great about introducing gay-friendly entertainment into mainstream pop culture, they have done a horrible job of fighting the gay stereotype instilled by shows like “Will & Grace,” “Glee” and, to some extent, “Modern Family.”

I’m more than happy to be someone’s friend who happens to be gay. I’m not OK being your sassy sidekick who you like to drunkenly try to make out with or propose marriage to.

I’m not saying every gay man should avoid this friendship. If that’s what you want, more power to you. But I refuse to have this shoved onto me.

I am a friend, son, brother, journalist, “Game of Thrones” fan, connoisseur of The Root and a gay man, among many other things.

And if you think I’m your “gay best friend,” then you will be no “straight friend” of mine.