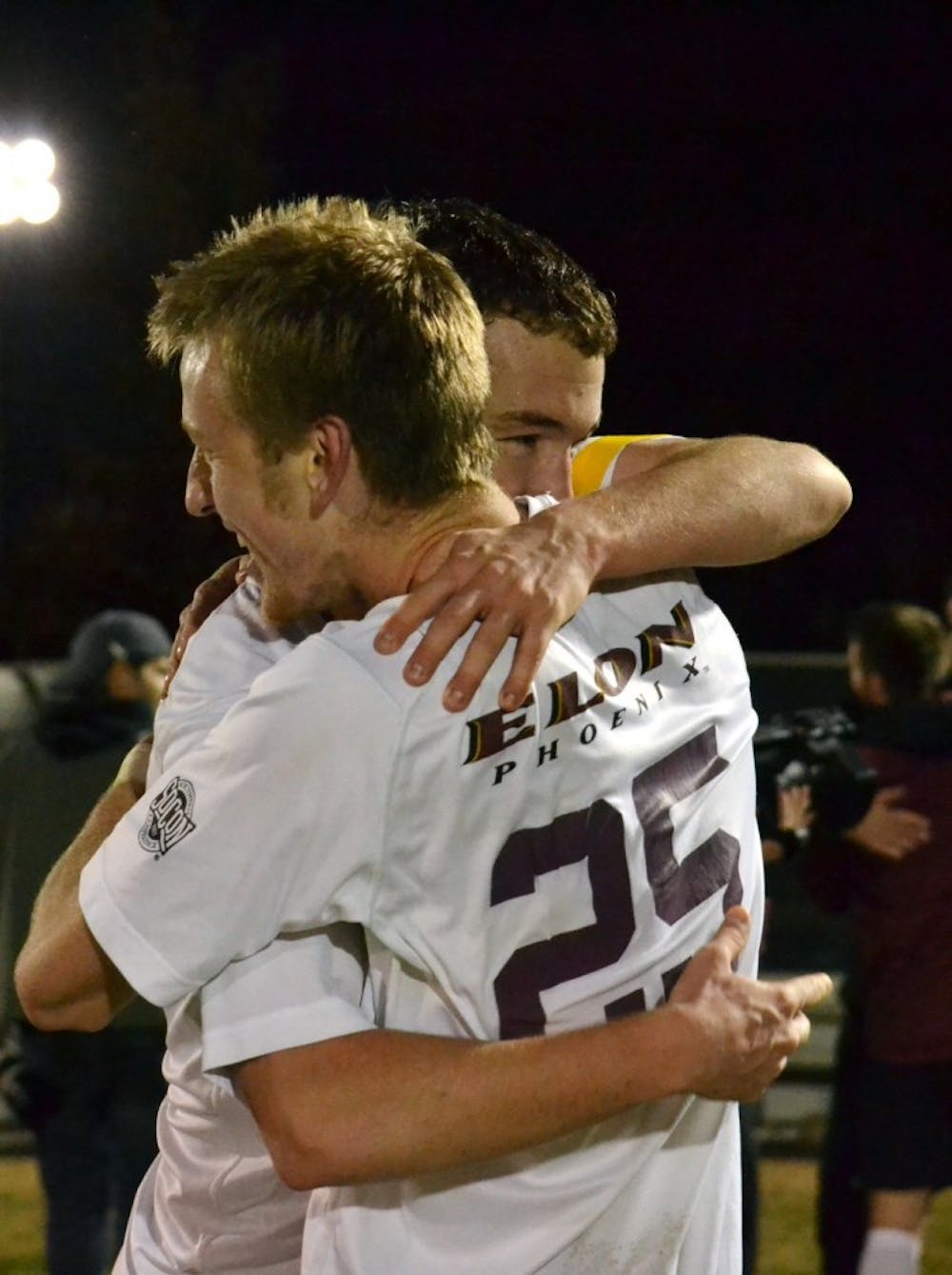 Jason Waterman is proof that walk-on athletes on college sports teams can succeed.

“I came to Elon (University) just a regular student. I met (Elon men's soccer head coach Darren Powell) in the weight room and was just like, ‘Hey, I’m kind of good at soccer. You should let me play.’ ” Waterman said. “Then he gave me an opportunity to play and without that opportunity, I wouldn’t be here today.”

As a forward for the team, Waterman leads the Southern Conference in goals with 12. The only active player in the conference with a realistic shot at passing him is teammate James Brace with 10.

Waterman has scored multiple big goals for the Phoenix, but none as big as the last two — in the Southern Conference Tournament final against Wofford College and the first round of the NCAA Tournament on Thursday night against Clemson University.

In double overtime against the Terriers, Waterman had multiple chances to earn the Phoenix the Southern Conference title, but was unlucky on each of his attempts. Finally two minutes into the second overtime period, Waterman slotted a shot inside the left post to give Elon the victory.

“I remember ripping my shirt off after the goal,” Waterman said. “It was a complete adrenaline rush. I kept running around and at that point, I couldn’t even control what I was doing. The team got so frustrated that I kept running because we were all so tired. I don’t know how I did it. I was so tired by the end that I just fell to the ground because I couldn’t stand anymore.”

Five nights later on Rudd Field, Waterman and the Phoenix knocked off Clemson on penalty kicks to advance to the second round of the NCAA Tournament for the first time. Once again, the lone regulation goal for the Phoenix and the game-clinching penalty kick came off Waterman’s right foot.

After being dominated throughout the first 45 minutes, Elon came out of halftime and took control of the game, keeping the Tigers on their heels and deep in their own territory.

The Phoenix fired seven shots in the first 15 minutes of the half after totaling just one in the first frame. The last of those shots came from Waterman and found the back of the net in the 58th minute to give Elon a 1-0 lead.

Waterman’s goal was the last shot Elon mustered in regulation, as the Phoenix had to hold off the hard-charging Tigers.

After missing on multiple chances in overtime and watching his teammates bury the first three penalty kick chances while Clemson missed two, Waterman had a the chance to put the game away with one uncontested kick from 12 yards out.

“You don’t want to know (what was going through my mind),” Powell said.

It was a similar situation for Waterman.

“It’s also maybe a, ‘You don’t want to know answer,’ ” he said. “But I was just thinking about how many times I’ve practiced PKs and just having the confidence.”

“In college soccer, the nature in general, everything is wide open,” said senior midfielder Daniel Lovitz. “There’s a lot of parity and you know the competition is so tight and not a lot separates these teams. We know if we got the first result against Clemson, the ball keeps moving. If we knock out the No. 1 seed, the door is open for everybody.”

Elon and UCLA have never met before.

“I don’t think either program knows a great deal about each other,” Powell said. “We’ll be putting the game plan together to play out on the West Coast and represent this university, the Southern Conference, to the best of our capabilities Sunday. Hopefully, we can deliver an upset.”