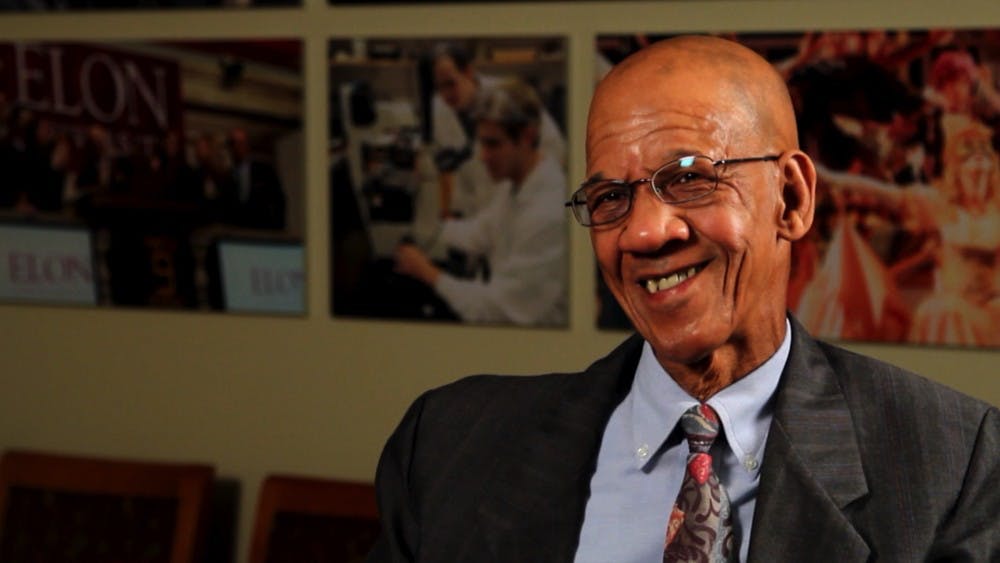 When Eugene Perry walked onto Elon's campus in 1965 as a first year student, he was not surprised when the other students ignored him.

"They treated me like Ralph Ellison's 'The Invisible Man'," Perry said. "That was being black in the 60s."

Perry graduated in 1969, making him Elon's first black graduate. Perry lived in the midst of the civil rights movement. Many important events like the freedom rides and the Greensboro sit-ins took place not too far from the oak shaded paths of Elon.

Perry describes himself as reserved, but let his character show by playing trumpet in the band.

Perry said he never felt accepted as a student at Elon, even in his senior year when the school yearbook came out, and his picture was missing.

"At the very point that I was beginning to think more positively regarding Elon, they didn't let me down after all," Perry said. "Elon got in the final shot, the last word, the final negative response, and that being that maybe I wasn't really good enough to graduate from Elon College."

That disappointment stuck with him for years, Perry said. Soon after graduating, he wrote a check to Elon's alumni fund, but immediately changed his mind.

"I could not in good faith contribute to the alumni fund at Elon after what I'd been through," Perry said.

But he has found some hope in Elon today. The thought of being honored in the Black Excellence awards brings tears to his eyes.

Fast forward almost fifty years. Diversity is now a specific initiative of the university, and it's more than just black and white.

"Diversity is your background of knowing where you come from, your culture, your traditions," Kevin Amaya, a Latino student, said.

"I feel like we celebrate our diversity in our own pockets of diversity so we each are a part of a smaller community and I think we find a lot of camaraderie, friendship and celebration in part in those communities," Matt Goldberg, a Jewish student, said. "But, we still don't have it as a universal all around part around campus we are one campus united."

Students say they still feel the tension of diversity.

All of the students agreed that diversity needs to be student led.

"When the racial incidents do happen, the students' first thought is to look toward administration to find the answer rather than to look amongst the students that they're sitting next to," Jordan Joshua, a black student, said.

But overall there is a hope for change. Elon has a diversity ambassador program, as well as many organizations dedicated to helping everyone feel like they "belong."

"The only way that we can work from an individual to an individual from group to group, nation to nation, is if we understand that conflict comes from imbalance and whatever you strive towards, it has to be towards regaining that balance back," Jared Allen, a gay student, said.

Now, as Eugene Perry walks the brick paths of Elon, he encourages students not to let the color of their skin limit them.

"Elon is such a small grain of sand in this huge place, and if you started out seeing yourself as a person of color then you've already placed limitations on yourself that will impede you from perhaps acquiring the goals that you desire in life," Perry said. "Life is color blind, and people tend not to understand that."

And if he attended Elon today, he says he would no longer be invisible.

Perry now has an Elon he can come home to.