Piercing for a Cause 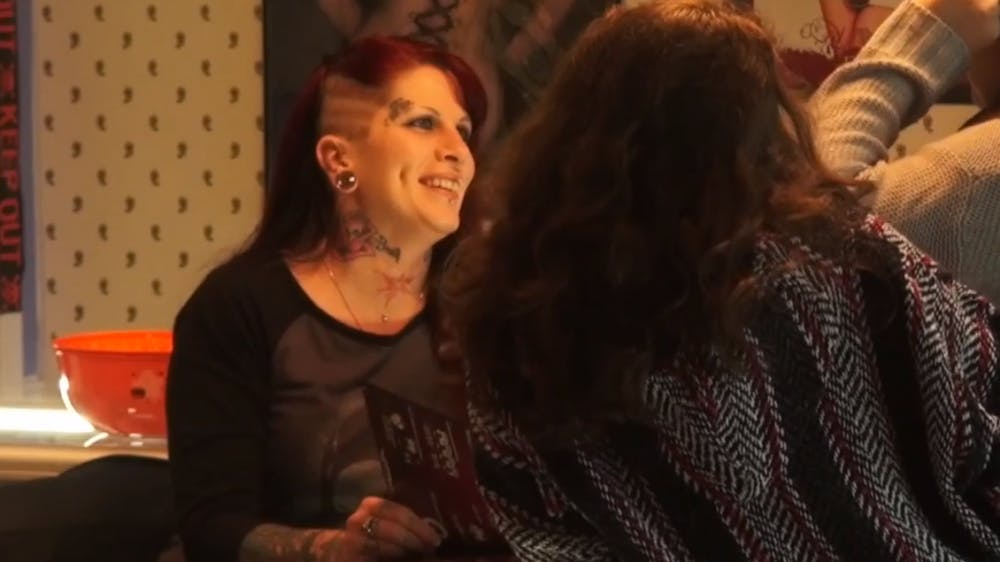 Elizabeth Jinx is a piercer at Inferno Ink Tattoo.

Each of Jinx's tattoos mean something to her. She feels like they show what is inside her. She's comfortable covered in ink and piercings, but thinks some people have a different opinion.

"They would see me walking down the road and they would be like, 'oh my God, why did you do that to yourself?' you are so beautiful," she said.

Jinx has worked at Inferno Ink in Burlington for the past 3 months. She is part of the new staff that was hired after most of the previous employees were fired. Jinx has had multiple jobs before she began working as a piercer, including a Sunday school teacher and working in real estate. She feels that even though people only see how she looks now, they don't know about her past. Jinx said that she doesn't like being stereotyped because of her tattoos and has noticed this happens especially in the south. Even though there might be negative stereotypes about her tattoos and piercings, Jinx and her co-workers still want to give back to the Burlington community.

"We wanted to pick up on something that had zero dollars invested in it," she said.

For the month of October, customers can bring in donations for the Biscuit Foundation, an organization that provides homes for animals who have lost their owners. The reward? Each customer will get either half off the price of a tattoo or a 'buy one get one free' piercing. The foundation is focused on making sure that pets who have owners that are in nursing homes, or who've died of a terminal illness do not get sent to shelters that might put them down. The Biscuit Foundation is a non-kill shelter and will keep any pet until they find a home.

"They want to make sure that that pit who has an aggression problem is going to fit with that family that has no children and no pets you know they are really really picky, more picky than the animal shelters," Jinx said.

And the Elon community is helping support the cause.

"I'm telling you, most of Elon kids they are the ones coming in here, getting the free piercings and half off tattoos more so than the community," she said.

Inferno Ink already delivered five truckloads of supplies to the foundation, including pet food, leashes and bowls, and Jinx says she hopes her efforts will help improve her relationship with the community.

"You know we aren't just tattooed up and pierced up freaks, we have a heart too, we have a family too outside of this shop, so it's family oriented and it makes us feel good"