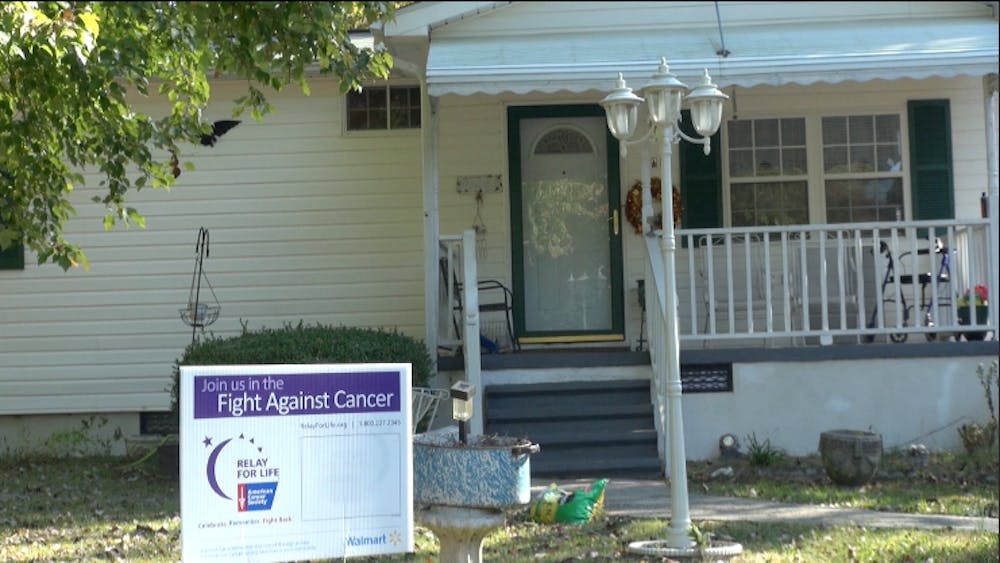 October is Breast Cancer Awareness month. Two residents of Elon N.C. support one another through their battle.

"I stayed on the chemotherapy machine for 4 hours and 45 minutes," Mae Jayce Cousin said.

"I go through remission but it'll come back for some reason," Cousin said.

It's not just breast cancer she's fighting, Cousin also has lung and bone cancer. But she said there is more keeping her alive than just medicine and oxygen tanks.

"Family is very important to me. When I first had cancer, she was there for me everyday," she said.

Cousin lives with her mother, Adelene, who took care of her during the first years of her diagnoses. But now, at an older age, physical activity is almost impossible for her.

"Now we have to take care of mom because she can't do anything for us," Mae Jayce Cousin said.

Adelene also has cancer and credits her faith with getting her family through tough times.

"I try to take it one day at a time. You know, I can't live tomorrow because tomorrow ain't here," Adelene Cousin said.

Having cared for friends and family her entire life. Adelene is known for her ability to inspire people.

"They say you're an angel. I tell 'em I get in the mirror and I look and I don't see wings swinging out," Adelene Cousin said.

While their battle with cancer has been long and hard, the cousin family has grown even bigger from the support of many loving people.