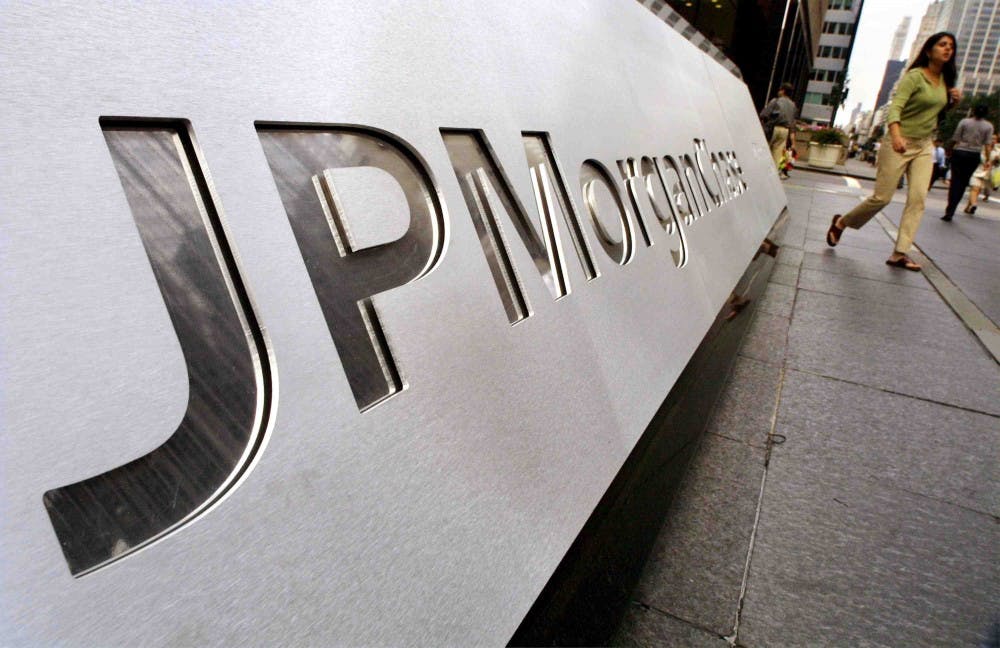 391517 10: A woman walks past a sign outside the JP Morgan Chase headquarters July 5, 2001 on Park Avenue in New York City. (Photo by Mario Tama/Getty Images)

Every summer, many Elon students choose to work as interns across the country in order to fulfill their Experiential Learning Requirement, a mandatory program which all students must complete, prior to graduation.

While a majority of internships are unpaid, 20 companies just made national news for how much they pay their interns each month, according to Yahoo! Finance.

Among the top five, there are two technology giants, a department store, a financial services firm and a massive conglomerate.

Number five on the list is Nordstrom department store, paying their interns an average of $2,064 per month.

According to its website, Nordstrom's interns primarily participate in management, marketing and sales activities as they gain hands-on experience in retail.

National conglomerate General Electric pays its interns $3,134 per month to work on development projects with teams of GE employees.

If you're looking to work on Wall Street, financial firm JP Morgan sends interns home with $4,031 a month.

According to it's website, JP Morgan hires a majority of its full-time analysts from the Summer Intern Analysts program, each year.

Finally, tech giants Microsoft and Google both pay their interns about the same with $5,800 per month to work on development projects in various departments.