Third Time is a Charm: Men's Soccer Goes for a 3-Peat. 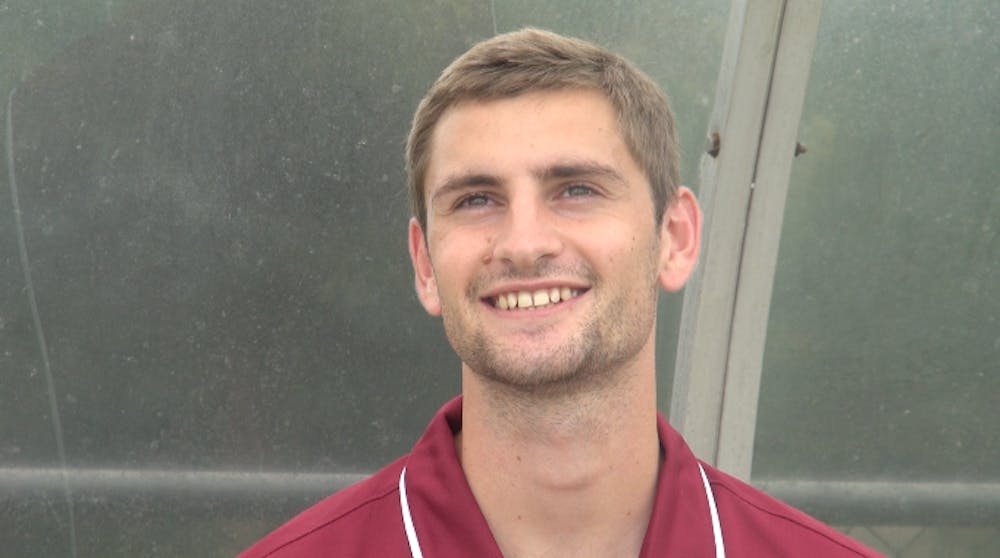 Some sports teams never make it to a championship, much less win it. But, for the Elon Men's Soccer team, winning the "big game" has become a custom.

For the past two seasons, Elon finished first in the Southern Conference, most recently defeating Wofford with a 2-1 score to claim the 2012 title.

The team looks for much of the same heading into the fall 2013 season.

"We're feeling good about it (winning the title)," junior Goal-Keeper Nathan Dean said. "It is certainly not an easy task. We go into every season (and) that's one of our main goals: to win the championship."

But, the road to the top will be harder than ever.

Star players from last year, All-American and All-Conference forward Chris Thomas who lead the nation in goals scored last year, and midfielder Gabe Latigue, who scored the winning goal against Wofford, are no longer on the team, but the team feels that it can pick up where Thomas and Latigue left off.

"College soccer is always changing," Head Coach Darren Powell said. "Each year it's a different group of guys that come in and each team is forced to find their own identity. What the guys have to understand is that it is never one individual who makes a team. Hopefully one guy, or multiple guys will step up and carry the load."

But still, Powell doesn't want his players to think big quite yet. Instead, he'd rather his boy focus on one game at a time.

"We always look at it one game at a time," Dean said. "In college soccer, every game can be so difficult and unpredictable. But if we can do that, we should be in pretty good shape for the championship."

In the end, if the team doesn't reach their goal of winning the SoCon title for the third consecutive season, Powell said he wouldn't consider the season a failure or disappointment.

"As long as they give their best each and every game, and leaving nothing on the field," Powell said, "then the season will be a success regardless the way we finish."

So far the team is doing just as Powell said, playing one game at a time.

The team recently defeated Rutgers 2-1 on Sunday in the Duke Classic and stands at a record of 1-0-1.