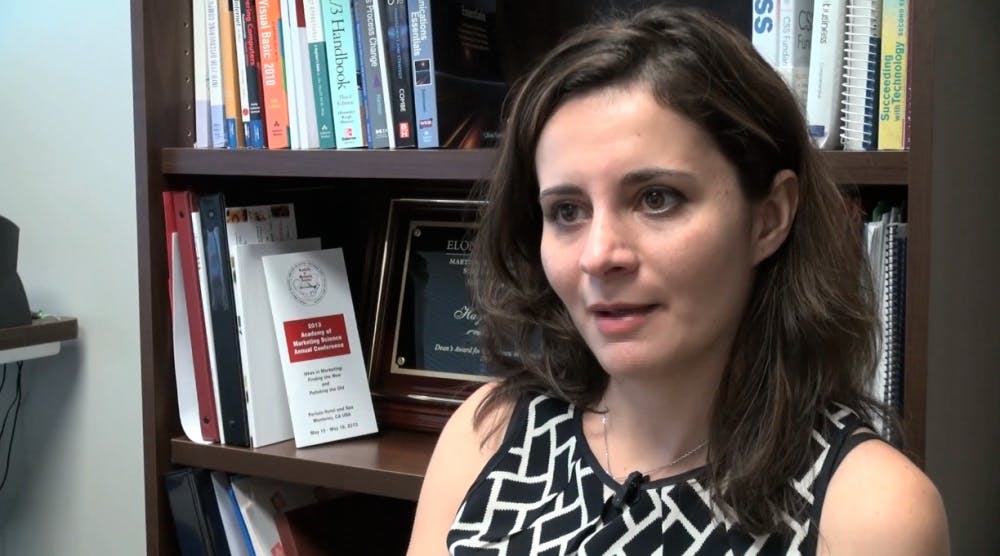 "I'm distracted all the time," Ajjan said. "I'm always afraid I'm going to get bad news about my family."

She's a business professor here at Elon, but her aunts, uncles and cousins are in the eye of the storm: Damascus, Syria. They're watching and waiting for the United States to act.

"They're all afraid," Ajjan said. "If an area is to be in danger it would be their area. I asked them to leave and they don't want to leave. They said this is our home country and we will not leave and this is all we know and if it happens that we die here, we die here."

Ajjan grew up in Damascus, living in fear under President Bashar al-Assad's dictatorship.

Nine years ago, she moved to North Carolina to pursue a college education.

The more than two-year-long conflict in Syria between the rebels and President Assad's dictatorship has taken the lives of thousands, including nearly 500 children in what the United States has confirmed as a gas attack.

"There were parents that were just crying," Ajjan said. "I just can't imagine how bad that really feels. I mean it's horrible."

Ajjan lives here in Elon, but she talks to her family every day on Skype, and she's doing everything she can except stand with them on the ground in Syria. Instead, she's contacted her local congressmen asking the U.S. to fight.

"I used to say, "How did people allow the holocaust to happen,"" Ajjan said. ""How did people just just let people take the Jewish people and execute them the way they did?" And you see what's happening and Syria, and you see how things like that could evolve."

But she's no longer afraid for her Syrian people. Now, she applauds them.

"I was wrong about my people and they are truly amazing," she said. "The way they stand up for a dictator and the way they have gotten rid of all the fear in the world including the fear of death so I'm really proud to be a Syrian American."

But for now, Ajjan waits, hoping that her family will finally be safe.