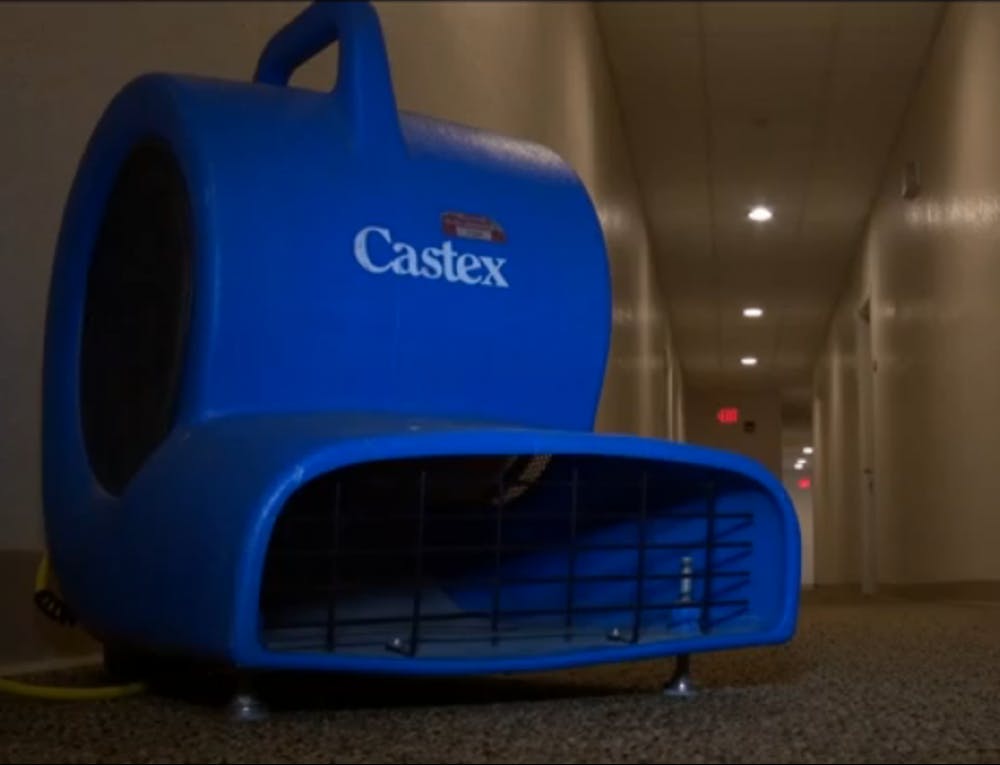 "There was this awful, awful smell and it just kind of took over the apartment," Bryant said on Sunday.

Bryant and her roommates have had shower problems since the beginning of the year. Physical plant has visited their apartment for repairs multiple times.

But this weekend, Bryant said sewage spread from her bathroom and from across the hall, filling the walkways of the Oaks Brown building with a nasty stench.

"It got to the point where we weren't really sure where it was all coming from," she said. "But the point is that it was like everywhere."

A physical plant crew came in today and used a camera to check the pipes around Bryant's apartment.

Physical plant cleaned the apartment and the hallway for the third time today, and though the pipes are clear, the carpet still stinks.

Utilities Director Mark Terrell spoke with Bryant and her roommates explaining the situation.

"Waste lines have been blocked up in the building," he said. "It did a little back up in the system, where you know we had some waste water come out."

Bryant and her roommates moved out today so Physical Plant could remove the carpet and check the piping behind their walls. But Bryant is ready for the move more for her health concerns than for the smell.

"We're just kind of ready to move forward with this," she said. "[To] have our apartment be re-carpeted and re-tiled and have everything out so it's no longer a contaminated space."

Bryant and her roommates moved into Trollinger House this afternoon.